With the legalization of weed in this country the distribution and sales of these products have failed miserably. You can buy product on the street much cheaper and get it right away, as apposed to waiting in some cases more than five weeks. 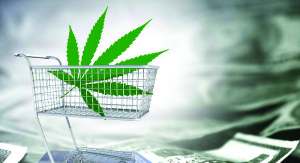 The black markets are thieving with sales and distribution of product throughout the province with ease… law enforcement not having very much power in the way of controlling these illegal sales. This reminds me of probation and the wild west when it comes to selling weed.

Since the federal government legalized recreational pot, Ontario trails the other provinces in its plan to distribute and sell the product, according to some industry watchers and experts.

That has allowed the black market to thrive….

The main reason? A lack of physical locations. In January, the province awarded its first 25 licences for stores, citing national supply chain issues and product shortages. By July, the government announced it was issuing 50 more, eight of which will be in First Nations communities, making it a total of 75 stores in the country’s most populous province.

The provincial government’s slow rollout of stores is out of touch with the rest of Canada.

Only 24 legal pot shops are open and operating in Ontario. Customers cited a lack of stores and the lower cost of illegal pot as reasons they still buy on the black market. Other provinces seem to be progressing in their plans to open more stores, despite also running into hurdles in the past year. Quebec announced plans to more than double the number of physical stores from 20 to 43. Alberta, opting to go the route of private retail sales, lists more than 300 pot shops in the province. Statistics Canada reported legal cannabis sales surpassed $21 million there, compared to $29.6 million in Ontario, which more than three times the population.

This past year, public documents showed the Ontario Cannabis Store lost $42 million in the latest fiscal year. It reported $64 million in revenues and $106 million in expenses.

Here’s the thing…. Big investors that have pumped tons of cash into all these cannabis investments ranging from grow opts to investment in eatables are losing their investments to the black markets and there is no end in sight. These very high-profile investors are demanding the government behind the scenes to make changes and roll out a proper vehicle that will maximize profits for the government and the back-room investors. Ontario has an opportunity to be a global leader in cannabis, an opportunity that comes with thousands of jobs and considerable economic growth. The only way that this government will be able to do that is to have the LCBO become the sole distributor and seller. The LCBO has an automatic platform of 2600 stores across the province that would maximize sales and ultimately regulate properly the industry.

Doug Ford should allow the LCBO to compete for cannabis store licenses since private storefronts so far are a huge disaster. The present system is ineffective, and the LCBO/cannabis stores would operate much more smoothly and efficiently.

The Ontario Cannabis stores were originally part of a subsidiary of the Liquor Control Board of Ontario (LCBO), which was to facilitate the roll-out of weed in Ontario. The previous Liberal government was definitely on the right track when it came to fairness and control of this substance.

The Premier needs to softly back pedal and implement the original plan that the Liberals had with some minor changes… and suck it up. When you have an instant 2600 stores across the province with controls and maximize revenues, safe, fair… you ultimately eliminate the black market. This is the only way to go.

Big money is behind getting the cannabis industry back to the LCBO and l wouldn’t bet against them, especially now that they are losing their investments.

It’s time to let the LCBO do what it does best: sell a controlled substance in a responsible way that ensures maximum revenues for the public.