The ongoing coronavirus or Covid-19 pandemic has affected all our lives and it will have lasting impact on our social, cultural, medical and economic life for years.   The term “coronavirus” is derived from the Latin corona meaning crown.  The virus was first manifested in Wuhan, the capital of Hubei Province, China, in December 2019 but unofficial report claimed that the Chinese government knew about the virus since November. The virus is believed to have originated in the live animal market of Wuhan. The medical doctor who was the first to report it and who has subsequently died from the virus was harassed and threatened by authorities to keep silent.  This caused a delay in response by Chinese government authorities who failed to contain the outbreak in the early stage.

The virus quickly spread globally and the World Health Organization (WHO) declared the outbreak a public health emergency of international concern on January 31, 2020.

By January 29, all of Hubei province was quarantined with curfew laws were implemented in other mainland cities.

After China, Italy has been second most devastated country by Covid-19. With Italy having the second oldest population in the world, many fear the worst is yet to come. The first confirmed case in Italy was on January 31, 2020, when two Chinese tourists in Rome tested positive for the virus. One week later an Italian man repatriated back to Italy from the city of Wuhan, China, was hospitalized and confirmed as the third case in Italy. On January 31, the Italian government suspended all flights to and from China and declared a state of emergency.

So, what is the connection between northern Italy and Wuhan, China?

Northern Italy has a very prosperous fashion industry that outsourced work to Wuhan.  Italy created direct flights from Wuhan and allowed over 100,000 citizens from China to move to Italy and work in their factories.

Since then, several countries around the world have declared a state of emergency, Spain has even taken control of the country’s private hospitals.

The only major country to have the virus under control is reportedly Russia. According to information released by Russian officials, the number of confirmed coronavirus cases is surprisingly low, despite Russia sharing a lengthy border with China. Russia responded early by closing its border with China as early as January 30 and setting up quarantine zones.

Since mid-January, authorities in China have taken a more aggressive approach, quarantining 50 million people.  This effort is to limit transmission from the city of Wuhan to the rest of China. On January 23, 2020 authorities imposed travel lockdowns on Wuhan and nearby cities, effectively fencing in 56 million people. Wuhan authorities also suspended all vehicle traffic, with some exceptions, in the city center. Many residents in Wuhan expressed difficulties about access to medical care and other necessities of life. Taking away people’s mobility rights and the freedom to go places should only be done in extreme emergency situations.  Presently, the World Health Organization has not criticized the Chinese government for the way it has handled the crisis. However, the question of freedom to move and travel is a concern that needs also to be considered.

International human rights law, notably the International Covenant on Civil and Political Rights (ICCPR), requires that restrictions on human rights in the name of public health or a public emergency meet requirements of legality, evidence-based necessity, and proportionality. Restrictions such as quarantine or isolation of symptomatic people must, at a minimum, be provided for and carried out in accordance with the law. They must be strictly necessary to achieve a legitimate objective, the least intrusive and restrictive available to reach the objective, based on scientific evidence, neither arbitrary nor discriminatory in application, of limited duration, respectful of human dignity, and subject to review.

In 2005 during the period that I was the Member of Parliament for Davenport, I spoke in support and voted for Canada’s new Quarantine Act which was adopted by Parliament.  The Quarantine Act was designed to deal with emergency situations by restricting the movement of people and goods with the intention of preventing the spread of disease.

Under Canada´s Quarantine Act, all travelers must submit to screening and if they believe they may have come into contact with communicable diseases, they must disclose their whereabouts to a Border Services Officer. If the officer has reasonable grounds to believe that the traveler is or might have been infected with a communicable disease or refused to provide answers, a quarantine officer (QO) must be called and the person is to be isolated. If a person refuses to be isolated, he or she can be arrested without warrant. A quarantine officer can detain any traveler who refuses to comply with his/her orders or undergo health assessments as required by law.

During the 2002–04 severe acute respiratory syndrome (SARS) outbreak there was also grave concerns about how the virus was spreading.  Like Covid-19, SARS had also originated in China.   I remembered vividly the several committee meetings we as elected official had to have with public health and the public to reassure them that the epidemic was under control.  Just like Covid-19 today, back then during the SARS outbreak people were scared to touch people and to go to large public events.  Elected officials must make decisions that are in the best interests of public health.  This is not always easy, and it is even more difficult in a democratic country where individual rights may have to conceded for the safety and wellbeing of the community.  Without a question, the Covid-19 virus will have a major impact in 2020.

Many lessons have been learned since the 1980’s AIDS pandemic and from SARS.  In the early years, while hundreds and even thousands of people were dying, governments around the world were negligent and refused to act effectively to stop the spread of AIDS. Governments did not even want to acknowledge AIDS as a medical health emergency until years later.  Given the lack of support and public health awareness, the epidemic spread and has since killed over 36 million people worldwide.  It is important to take these viruses seriously and to do all we can to make sure they do not spread and unfortunately that may also mean taking away some mobility rights and freedoms currently taken for granted. 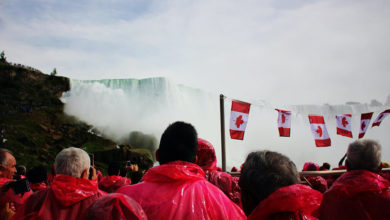 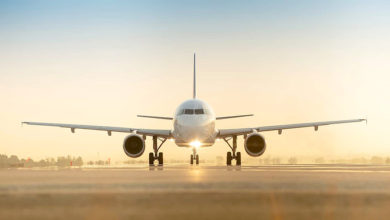 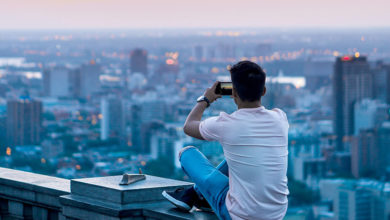 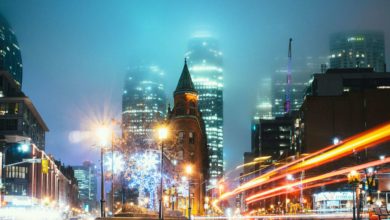