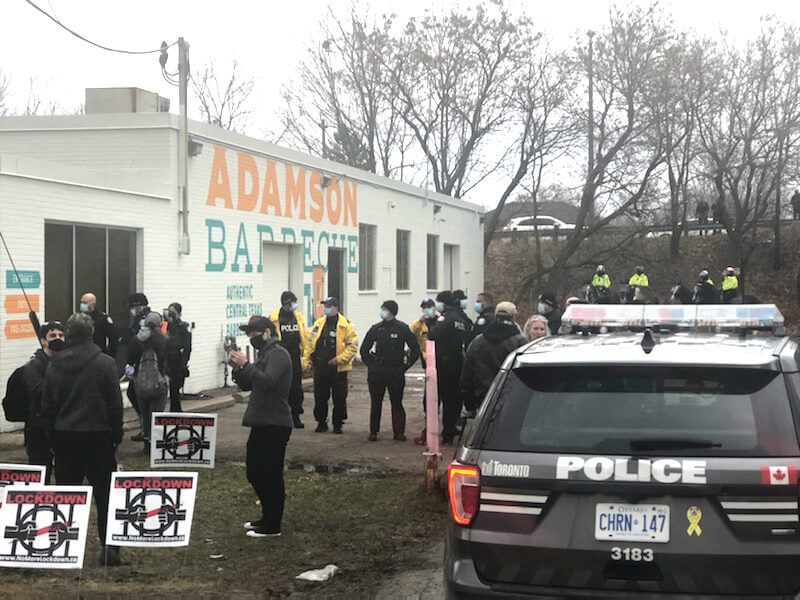 The owner of an Etobicoke barbecue restaurant that has openly defied COVID-19 restrictions has been taken into custody.

Adam Skelly, who faces nine non-criminal charges, including violating indoor dining rules, holding an illegal gathering, and operating a business without a license, was handcuffed outside Adamson Barbecue and put into a police cruiser around noon Thursday (26).

A crowd gathered Thursday (26) outside the restaurant in support of him, with supporters swarming officers and shouting at them to let him go.

In a series of tweets, police said a 33-year-old has been arrested for attempting to obstruct police, and a second man was arrested for assaulting a police officer.

The restaurant had its locks changed overnight to prevent the establishment from opening, a Toronto city official said Thursday (26).

Skelly has been a vocal critic of COVID-19 lockdown measures implemented in Toronto and Peel Region this week, including a prohibition on indoor dining for at least 28 days. 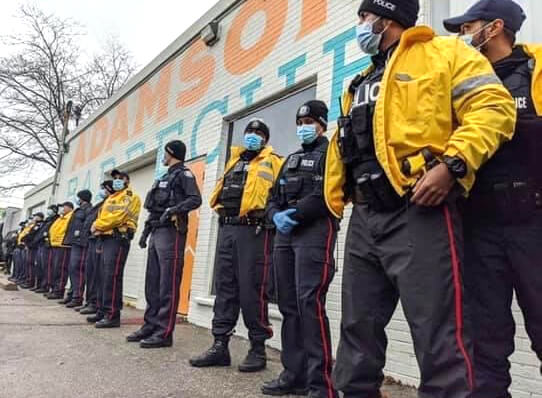 Over the past days, the restaurant has been the scene of anti-mask demonstrations.

Skelly posted on his Instagram account that he had intended to open the restaurant for indoor dining Thursday (26). Brad Ross, the spokesperson for the City of Toronto, said that the locks had been changed overnight.

Skelly arrived at the location on Queen Elizabeth Boulevard shortly before 8 a.m. He entered the building through a backdoor. 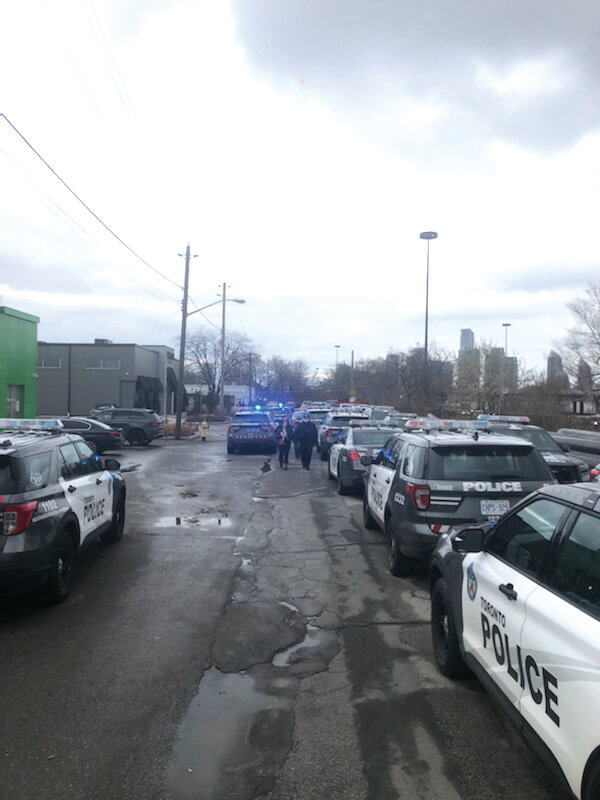 Ross later clarified that Skelly was allowed to go into the building to retrieve personal belongings from an area that does not have access to the restaurant itself.

“The order to change the locks and prohibit entry currently applies only to the restaurant (eating and food prep area of the building),” Ross wrote in a tweet.

At a news conference this Wednesday (25), Toronto Police Superintendant Dom Sinopoli said the force is prepared to take further enforcement action if Skelly and his staff try to welcome patrons inside again.
Despite Adam Skelly being arrested, Adamson BBQ was still up and running, serving people inside, until at least 5pm on Thursday (26).