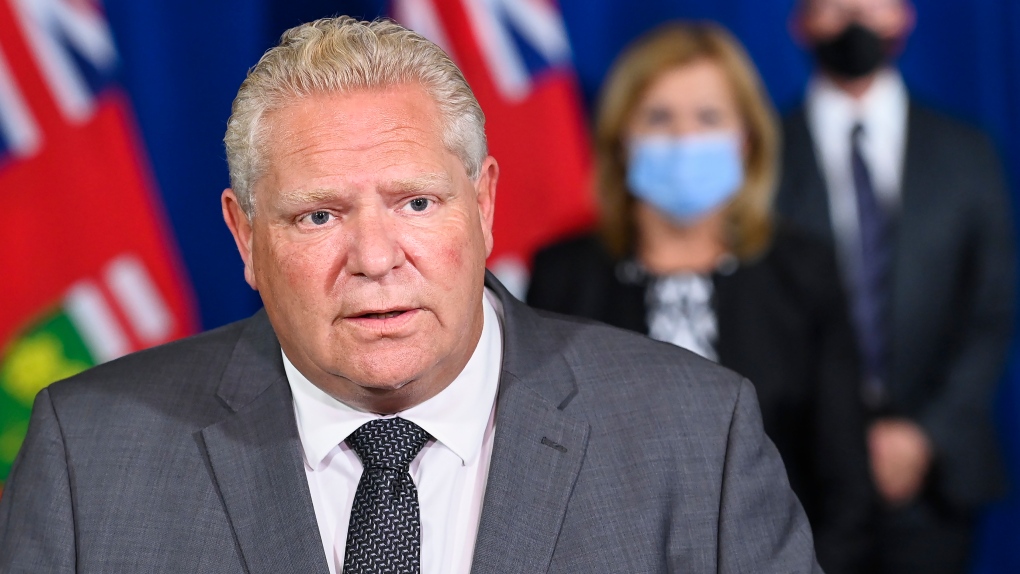 Ontario’s COVID-19 science table says while indicators suggest the Omicron wave has plateaued or is in decline, the easing of public health measures will likely be followed by an increase in cases of the virus.

In new modelling released Tuesday, the group says it is challenging to project the spread of the virus due to changes in testing in the province. However, the table says that an increase in cases, hospitalizations and ICU admissions is likely as things reopen.

“The size of any resurgence is difficult to predict and will depend on vaccination, the spread of Omicron, and changes in behaviour (e.g., mobility, masking),” the modelling notes.

The modelling shows a wide range of scenarios for hospital admissions after many businesses and facilities were allowed to reopen this week with capacity limits.

The scenarios depend partly on how many people in the community have immunity from recent Omicron infections — a challenging number to determine given limits the province has placed on access to PCR testing, the group says.

Projections for intensive care unit occupancy also show a range of possibilities, but while Omicron may send a smaller proportion of people to hospital than Delta, the pressure on ICUs is expected to be prolonged. Data from Ontario’s COVID-19 wastewater measurements suggests that cases peaked around Jan. 11, and that there may have been between 1.5 million and four million infections since Dec. 1, according to the table.

“While we know that the coming weeks will continue to be difficult for our hospital partners, hospitalizations are currently stable and given current trends, we are confident in our ability to ensure capacity so that patients can access the care they need,” Hilkene said in a statement Tuesday.

“Ontario is currently trending between the projected best and moderate-case scenario for hospitalizations and we have sufficient capacity to meet such demand. Similarly, the province has sufficient ICU capacity to respond to any scenario outlined in the modelling.”

The group released the modelling a few hours before Premier Doug Ford is expected to make an announcement with his government’s new minister for long-term care at 11 a.m.

Ontario began easing public health measures Monday as part of a plan to roll back restrictions imposed amid soaring cases of the Omicron variant.

Several restrictions remain in place for the long-term care sector.

Ontario’s new Long-Term Care Minister Paul Calandra is due to take questions at today’s announcement for the first time since he took over the portfolio, following the resignation of former minister Rod Phillips last month.

Calandra has stepped into the job amid rising COVID-19 outbreaks and deaths in long-term care homes due to the highly transmissible Omicron variant.

More than 56 per cent of the province’s long-term care homes were reporting virus outbreaks as of Monday and 129 deaths were reported among residents over the past week.

The government gave long-term care workers an extension until March 14 to get mandatory third COVID-19 vaccine doses — after Jan. 28 was set as the initial deadline — because of pressures from the Omicron variant.

Ontario reported 3,091 COVID-19 hospitalizations on Tuesday and 63 more deaths linked to the illness.

About 56 per cent of those patients were admitted for COVID-related illnesses while 44 per cent were already in hospital when they tested positive for the virus, according to the province.

There were 568 patients with COVID-19 who required intensive care.

Roughly 84 per cent of the people with COVID-19 in ICUs were admitted for reasons directly related to the virus.

The health ministry also reported another 63 deaths of people with the virus, bringing the official toll to 11,504.