The program allows businesses and venues to operate without capacity limits and other public health measures if they require proof of vaccination or a negative test result from anyone entering.

After months of rejecting the premise of a vaccine passport, Premier Jason Kenney announced the sweeping new measures to combat the COVID-19 surge on Sept. 15, but under a different name: the restrictions exemption program.

The policy, which is not mandatory, applies at restaurants, nightclubs, casinos, concerts and fitness facilities.

When it was announced by Kenney last week, it also applied to retail stores and libraries, but they were removed from the list of eligible businesses over the weekend.

Kenney had previously opposed a vaccine passport over what he said were privacy concerns, but said last week it has become a necessary measure to protect Alberta’s hospitals that face the prospect of being overwhelmed in the pandemic’s fourth wave.

A digital copy of vaccine records is available on the MyHealthRecords smartphone app; however, Albertans who are currently trying to access MyHealthRecords are being warned of long wait times to access the website and app.

The launch of the program triggered concerns over how the documents could be forged.

After the site launched, many took to Twitter to complain that the PDF was not locked and that virtually anyone can edit the information on it if they have access to Adobe Reader.

In a statement, the province said falsifying health records is an offence under the Health Information Act.

“The PDF is now as secure as it can be; however a motivated individual can edit the document to create a new record,” reads the statement.

“That said, we know the vast majority of Albertans will use the system properly and adhere to the legal requirements set out in the current public health orders.”

A health ministry spokesperson said work continues on a more secure QR code that will be available in the coming weeks.

6 Saskatchewan ICU patients with COVID-19 being transferred to Ontario 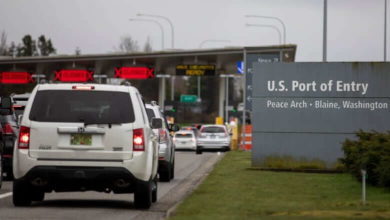 U.S. confirms it will accept Canadian travellers with mixed vaccines 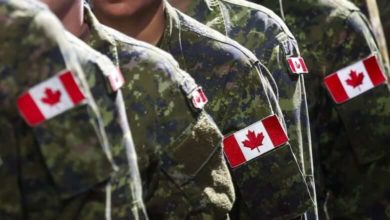