The firm plans to exceed $2 billion (U.S.) in yearly revenue by 2020 as it moves to capitalize on growing demand for weight-loss services.

The company announced plans to top $2 billion (U.S.) in annual revenue by 2020, up more than 50 per cent from its estimated sales last year. Weight Watchers also is working to remove artificial ingredients from its products and will offer free memberships to teens this summer, part of a bid capitalize on growing demand for weight-loss services.

“Weight Watchers is more relevant and needed than ever,” said chief executive officer Mindy Grossman, who took over last July, at a company event on Wednesday, citing the rise of obesity around the globe.

The upbeat outlook helped send the stock up as much as 18 per cent to $74.37 on Wednesday, marking the biggest intraday gain in three months. Even before the jump, the stock was up 42 per cent this year.

Winfrey, who joined Weight Watchers’ board in 2015 and became the face of the weight-loss program, has helped lead a dramatic recovery in the company’s membership and share price. The media mogul appeared at the end of Wednesday’s event, telling the gathered employees that the program has helped keep her weight steady.

Winfrey said she would typically gain as much as 12 pounds each year between Thanksgiving and Christmas, but has kept her weight flat the past two years thanks to Weight Watchers.

“I joined this brand because I didn’t know what else to do,” she said. “I was in such bad shape, Weight Watchers called me.”

Even with the Winfrey bounce, Weight Watchers faces heavy competition from fitness apps and other emerging technology. Longtime rival Nutrisystem Inc. also has mounted its own comeback, putting more pressure on Weight Watchers to stay ahead. Grossman, who took the helm last year after running HSN Inc., is looking to put her stamp on Weight Watchers by setting ambitious new goals.

The New York-based company is expected to report annual sales growth for the first time since 2012 when it releases earnings later this month. In addition to Winfrey’s marketing push, Weight Watchers also has made efforts to reach more men. At the start of this year, it added music producer DJ Khaled as a “social-media ambassador.”

For years, the company struggled with declining membership and a heavy debt load. Winfrey helped turn things around when she acquired a 10-per-cent stake in 2015 and began endorsing the program. The shares nearly quadrupled in value last year.

Winfrey, who spoke for about five minutes Wednesday, also said she encouraged the company’s board to hire Grossman, calling her a “warrior woman” and “one of the best leaders I have ever seen.”

“When I first came to this company, I didn’t believe we had the leadership to get there,” said Winfrey, 64. “I like to surround myself with people who are better than I am.” 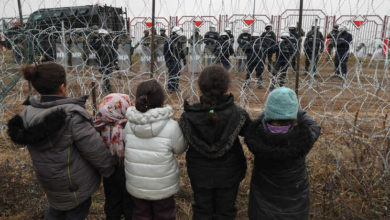 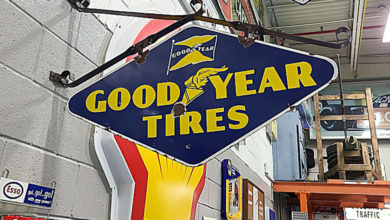