Speaking to reporters, Ford said Ontario will “hit stage one” of the province’s three-stage framework for reopening the economy released some weeks ago, starting Thursday.

“On Thursday, we will share more good news,” Ford said, adding the announcement could see the reopening of some seasonal businesses, low-risk workplaces and essential services.

Tuesday’s new cases mean the province has now seen 20,907 infections since the outbreak of the novel coronavirus began in late January. Nearly 74 per cent of those cases are now resolved.

The majority of cases, just over 62 per cent, continue to be concentrated in the Greater Toronto Area. The cumulative total also includes 3,485 cases that are health-care workers.

Ontario’s official death toll grew to 1,725, an increase of 56 since the last update. Data compiled from regional public health units — a more accurate snapshot of current deaths — puts the real toll at at least 1,798.

The province’s network of labs processed 11,957 additional tests, below the current target of 16,000 tests per day and far less than the 19,525 tests there is capacity for in the system. The backlog of tests waiting to be processed sits at 10, 811.

The number of COVID-19 being treated in hospitals, intensive care units and with ventilators remained relatively stable after several days of fluctuating figures:

Public health officials have tracked a total of 249 COVID-19 outbreaks in long-term care facilities and 98 retirement facilities. Some 1,239 residents have died from COVID-19-linked illness, according to the Ministry of Long-term Care.

Now Ontario’s official Opposition is calling on the government to hold a public inquiry into the long-term care system.

NDP Leader Andrea Horwath said the province must investigate the system that has been at the centre of numerous deadly outbreaks during the pandemic.

During the first question period at Ontario’s legislature in months, Premier Doug Ford said his government will review the system but did not commit to holding a public inquiry.

A limited number of politicians from all parties are in attendance to conduct the session while respecting physical distancing.

The government is expected to extend the state of emergency in the province to June 2 during a vote later today.

Horwath said the province needs to examine the weaknesses in the long-term care system that made it so vulnerable to the pandemic.

Ford stressed that his government agrees the long-term care system in the province is “broken,” but stopped short of agreeing to the sweeping probe.

Meanwhile, the organization representing Ontario’s nurses says the COVID-19 pandemic has highlighted the need for sweeping reforms to the province’s health-care system.

The Registered Nurses’ Association of Ontario is updating its previous calls for change in part by incorporating lessons learned from the deadly outbreak.

The Association says the health-care system is too focused on hospitals and should instead concentrate on providing comprehensive primary care for all.

It sets out 13 recommendations in a report dubbed ECCO 3.0.

Those recommendations include a call to integrate long-term care homes in Ontario’s regional health teams to ensure they don’t fall through the cracks of the health-care system.

Other recommendations include extending primary care into settings like homeless shelters, modernizing staffing and housing models in congregate care settings, and expanding primary care to include addiction and mental health services.

“There is a crying need to enhance community care as we take stock of lessons-learned during COVID-19. Precious lives were lost due to weaknesses in our health system, in particular the neglect of congregate settings such as nursing homes, retirement homes and shelters,” the association said in its report.

“We must seize the moment to build a stronger health system for all who call Ontario home.” 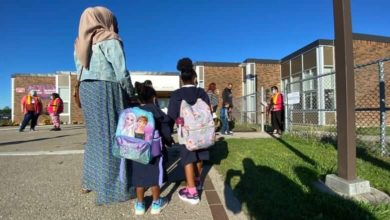 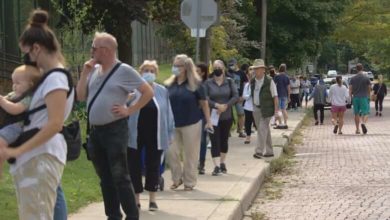