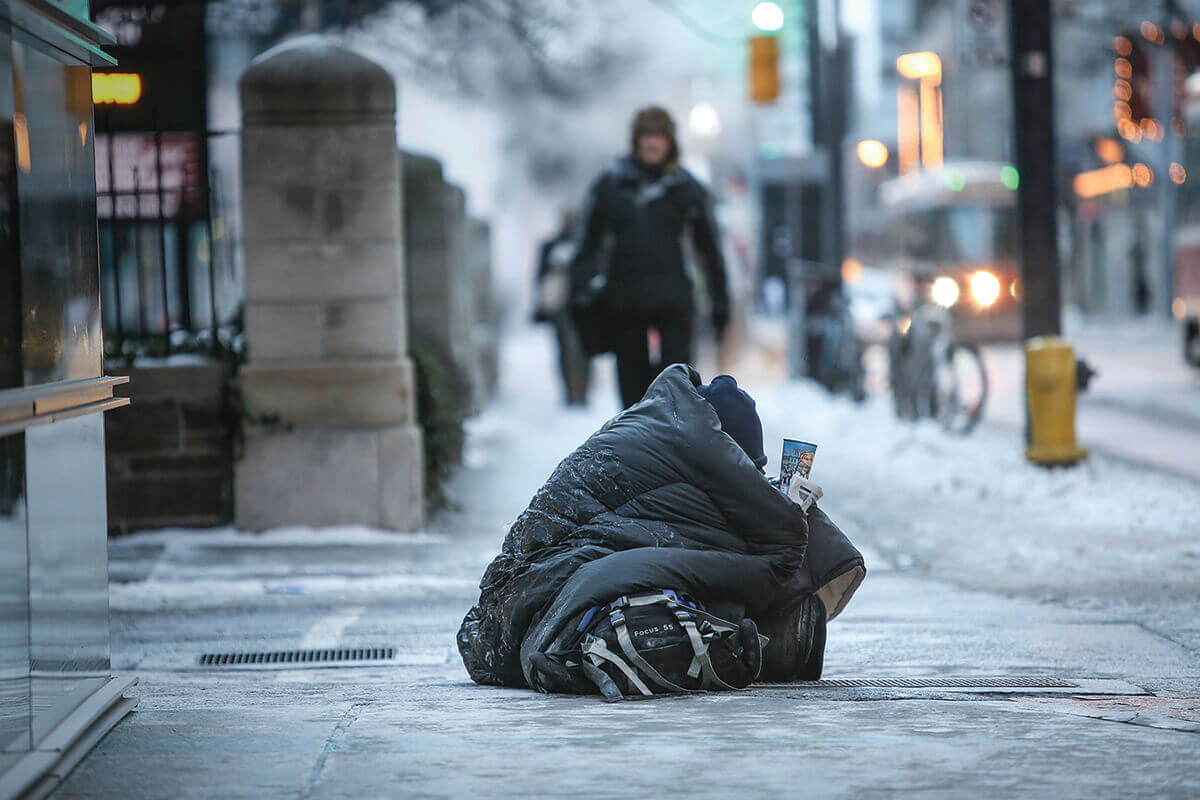 A total of 216 people experiencing homelessness died in Toronto last year, according to new data from the city.

Figures released on Friday by Toronto Public Health (TPH) indicate that there was an average of 4.2 deaths per week of unhoused people last year.

A full 55 per cent of the deaths in 2021 were due to drug toxicity, the data shows. Other causes of death include heart disease, accidents, complications from diabetes, hypothermia, liver and lung disease, organ failure, suicide and cancer.

The city says 132 out of the 216 people who died were residents of homeless shelters.

For Gru, a shelter hotel resident whose legal name is Jesse Allan, the numbers are “awful” to hear.

Homeless advocates say the numbers are staggering, but not surprising. They say the city has enforced policies that have created unsafe conditions for unhoused people. And they say the solution is permanent housing and harm reduction supports, not policing and clearing encampments.

Doug Johnson Hatlem, a street pastor at Sanctuary Ministries of Toronto, said on Saturday that Mayor John Tory, the city’s Shelter Support and Housing Administration (SSHA), and city councillors should all be held to account for their policies on homelessness, given the “unacceptable” number of deaths of unhoused people last year.

“All three — council, Toronto mayor’s office and SSHA spent an incredible amount of their time and their political capital insisting that they were in the right to beat people into submission to get inside for what they were calling safe indoor shelter. Their priorities were completely out of whack.”

In 2020, the first year of the pandemic, there was more of a spirit of “we’re all in this together,” but in 2021, Tory’s attitude was “we’re going to do what we want to do and we’re not going to listen to people,” Johnson Hatlem said. The city failed to engage with people who were unhoused and their advocates and instead chose to act on behalf of wealthy people and those who don’t want to see homelessness in their backyards, he said.

“The problem will not just ever go away until people are housed. And so, we saw a 50 per cent increase in deaths and it’s an enormous number that somebody has to take account for,” he said.

“It’s not an acceptable number. I think a great majority of these deaths were preventable,” he added. “It’s always been a crisis that we have people who died homeless on the streets of Toronto. At this point, it’s a five-alarm fire, and the people who should be treating it as a five-alarm fire are not doing so.”

Johnson Hatlem said the city, for example, put a lot of effort into clearing encampments, which displaces and scatters unhoused people, increasing their vulnerability. He said the city should sit down with unhoused people and advocates to figure out what needs to be done to reduce the number of deaths and violence and to reduce the number of overdose deaths.

Rafi Aaron, spokesperson for the Interfaith Coalition to Fight Homelessness, said it is important to remember that each number represents a human being.

A.J. Withers, a steering committee member of the Shelter and Housing Justice Network and adjunct faculty in critical disability studies at York University, said some of the deaths happened when the shelter system was more than 99 per cent full. The absence of safer indoor shelter space, the toxicity of street drugs and the dismantling of encampments was all “deeply concerning,” Withers said.

Dr. Andrew Boozary, a primary care physician and executive director of the Gattuso Centre for Social Medicine at the University Health Network, said the city cannot “go back to normal” because homelessness was already a public health crisis before the COVID-19 pandemic. The pandemic itself has affected unhoused people disproportionately, he said.

“The solution to homelessness is housing. Shelters or encampments are not solutions to homelessness, it is housing. And so, we really need to ensure that every level of government is committed to housing as the solution. And if we don’t see that concerted effort, these rates will only continue to increase,” he said.

“And that’s on us as a society, because these rates are increasing, not because of individual failures, but because of our failure on delivering housing as a human right.”

Policing poverty is also not the answer, he said.

“What is really has to be clear is that ripping down tents is not the solution to homelessness. It is delivering on housing as a human right. It is building more social housing, it is getting people more access to social housing and supportive housing.”