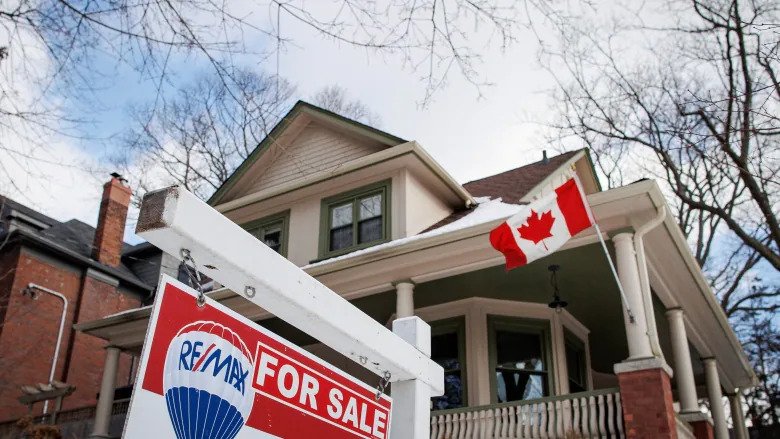 Cold weather did little to chill out Canada’s red-hot housing market in January, with new data Tuesday showing average house prices have increased by 21 per cent in the past year to $748,450 — the highest on record.

The Canadian Real Estate Association (CREA), which represents more than 100,000 Realtors across the country, said Tuesday that the volume of homes being sold has plateaued, largely because of a lack of inventory. But prices continue their record-setting ascent.

After a brief lull early in the pandemic, Canada’s housing market has been on fire for the better part of two years now, as buyers have taken advantage of record-low interest rates to buy larger and more expensive homes.

January is typically a slow month for the housing market, as buyers and sellers tend to stay on the sidelines until the spring. But COVID-19 has done away with those seasonal trends: January 2021 was the busiest January for home sales on record, CREA says, and 2022 was the second busiest ever.

CREA notes that the average selling price can be misleading, because it can be skewed by sales in large, expensive markets like Toronto and Vancouver. So the Realtor group touts a second figure, known as the Multiple Listings Service House Price Index (HPI), as a better gauge of the market, because it is adjusted based on the type of housing sold in every market.

But the HPI, too, has never been higher. It increased by 2.9 per cent in January alone — another record. And on an annual basis, it’s up by 28 per cent — also the highest it’s ever been.

While house prices are up sharply just about everywhere, they aren’t rising at the same pace across the country. Ontario and British Columbia are the biggest factors in the increase, with some markets in both provinces clocking 30 per cent gains in the past year.

That contrasts with the Prairies, where prices have increased by about 10 per cent in Alberta, Saskatchewan and Manitoba since last January.

Some buyers are trying to leverage that imbalance by moving from pricey markets to comparatively cheap ones. Calgary Realtor Ezra Malo says he’s seeing an influx of buyers from outside Alberta right now.

“We’ve got … a surge of buyers that seem to be coming in from outside of the province, as well as a lot of home first-time home buyers that are trying to get in,” he said.

While many have blamed record low interest rates for inflating a bubble, CREA says the biggest problem is that there simply aren’t enough homes for sale right now to keep up with demand.

The total inventory of homes for sale on CREA’s online database, the Multiple Listings Service, was at just 1.6 months in January, meaning that’s how long it would take to sell the homes currently listed. That ties the lowest level on record.

“The ideal situation between now and the summer would be that a huge surge of sellers come forward looking to sell,” CREA’s chief economist Shaun Cathcart said.

“If that were to occur, similar to 2021, we’d likely see a massive number of sales take place which would get a lot of frustrated buyers into home ownership, and we’d likely see some cooling off on the price growth side.”

Nationally, January’s increase was the fastest pace seen since 1989, TD Bank economist Rishi Sondhi noted — which is why the pace likely can’t last.

“Affordability is clearly worsening quickly, which should make it tougher for first-time homebuyers to jump into the market,” he said. “Moving forward, we expect higher interest rates and the tough affordability backdrop to cause home price growth to slow significantly, particularly in the second half of 2022.”