Social distancing, shelter-in-place, self-isolation, stay-at-home orders: these are all terms which have become painfully familiar, since the global COVID-19 pandemic began. Of course, we want to do what is necessary to stay safe and prevent the spread of the virus. Regardless of pandemics, isolation and loneliness can be part of everyday life for the elderly, having devastating effects on their physical and emotional health. Now more than ever, the senior population needs to be supported, engaged, and connected to communities around them.

Before the COVID-19 pandemic, loneliness was already a serious killer of the elderly. It has become far worse due to the pandemic, causing lockdown policies that have eliminated family visits. To our dismay, the elderly are literally dying, in large numbers, from loneliness, which translates physically into losing the will to live and worsening the effects of dementia, Alzheimer’s, heart disease and other direct causes of death.  Loneliness and depression make all of these aliments more serious and strongly affects their ability to survive. Once again, struck hard by the pandemic, long term care homes and assisted living facilities have had to shut their doors to outsiders, and the problem is particularly acute especially during the holidays.

It can be argued that loneliness is perhaps the most prevalent “disease” in our elderly population. Perhaps, it is the most overlooked disorder in that population and one that, if addressed properly and continuously, could provide a significant difference in the quality of life, health and financial well-being of the elderly. In order to address loneliness, we must first understand how to recognize it.

Pãe was diagnosed with dementia and Alzheimer’s disease a few years ago. For him, it mostly took the form of worsened short-term memory. However, he was often anxious and absent-minded, yet social, spirited, and funny. One of the best ways to keep dementia under control is socializing, and he was active in that regard… the act of living kept him vibrant. When the pandemic hit, I did the “responsible” thing for my elderly parents and told them to isolate at home. I would enter into their home wearing a mask, but only long enough to drop off groceries and leave.

For four months, Pãe stayed at home with my Mãe, who provided him scant companionship, due to his inability to connect. Otherwise, he was generally fine just eating, sleeping, and reading the newspaper. Over time, however, he became incapable of doing his simple hobbies alone. TV made him dizzy and reading became too hard on his eyes. The only means of social stimulation that he so desperately needed – lunches with friends – were no longer available to him. Left alone, Pãe would sit in a chair and stare off into space. At the time, I did not realize it, but isolation would take a heavy toll on his well-being and worsen his symptoms of dementia.

It was not too long before Pãe’s condition declined rapidly. One day, he kept going back to sleep no matter what I tried. Telehealth suggested to use pain stimulus on him, so, I rubbed his ribcage and pinched hard on his ear, but he would not respond. His eyes just fluttered, so, I called his psychiatrist again. After a couple of brain scans and a test for seizures, they discovered that he was perfectly fine, at least physically. The psychiatrist said it appeared that he was choosing not to wake up. So strong was his desire to not be in this world that he wanted to disappear from it…

The doctors informed my family there was a significant increase of people, like Pãe, who were elderly and declining under lockdown. There are numerous stories of relatively healthy elderly people fading away in retirement homes or long-term care facilities due to their inability to see family. Now, experts are advocating to have family members to be considered primary caregivers, in order to help their loved ones dying of isolation.

On another note, regardless of the outbreaks in Ontario long-term care homes, they were not an option for us due to waiting lists. Social activities in facilities are also limited right now, so putting him in one would not help. We were provided a personal support worker who visits him for an hour a day. Often times, Pãe would appear nervous and withdrawn, typically rejecting any form of care. The worker remarked that the only instance he seemed happy was when I was there…

I faced a decision… I could protect Pãe from the possibility of getting COVID-19, by isolating him from his family and friends. However, in doing so, it would all but guarantee that Pãe would disappear into himself forever. When Ontario entered Stage 2 of reopening, things felt like they were more under control. I started visiting my parents three times a week, and once again had coffee with him every Saturday morning. Every week, he looked forward, with his eyes gleaming… in anticipation of reading my weekly article in the Milénio newspaper, he would ask me… “What did you write about this week my Sarinha?”

During the first two months, he was so fragile, sad, and confused. Then, I started to take him out on excursions, and that was when things changed. With me back in his life, he was beginning to thrive again. Taking him out to eat on a patio brought him so much joy, even if it meant eating McDonalds in the park. I know many would say I am taking a huge risk with Pãe, by exposing him to the possibility of coronavirus. While we both wear masks when indoors, and I try to stick with outdoor excursions and maintain a social distance, the reality is that it is a risk that I have to take. In an attempt to keep him healthy, I have taken away any reason for him to live. Normally, there would be programs that could engage him in activities and outings, but all of those shut down in the pandemic. I am very much on my own.

Since parts of Ontario reverted to a modified Stage 2, and now Toronto is effectively on lockdown, I do not know what to do. My visits gave Pãe something to look forward to, yet, dining indoors is once again prohibited and winter will make it more difficult to take him out of the house for stimulation.

I want to continue to give him hope, but we all must play a part. By taking this second lockdown seriously, adhering to wearing masks and social distancing measures, we can return to a time when older adults like Pãe can safely have the social contact they need. Loneliness is something many of us are suffering from, but for many of the elderly, it is killing them! 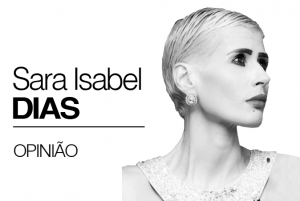 The Upside of being an introvert

The Untold Story of Being a Highly Sensitive Person (HSP)

Re-Education…Lessons Learned From A Pandemic Passed