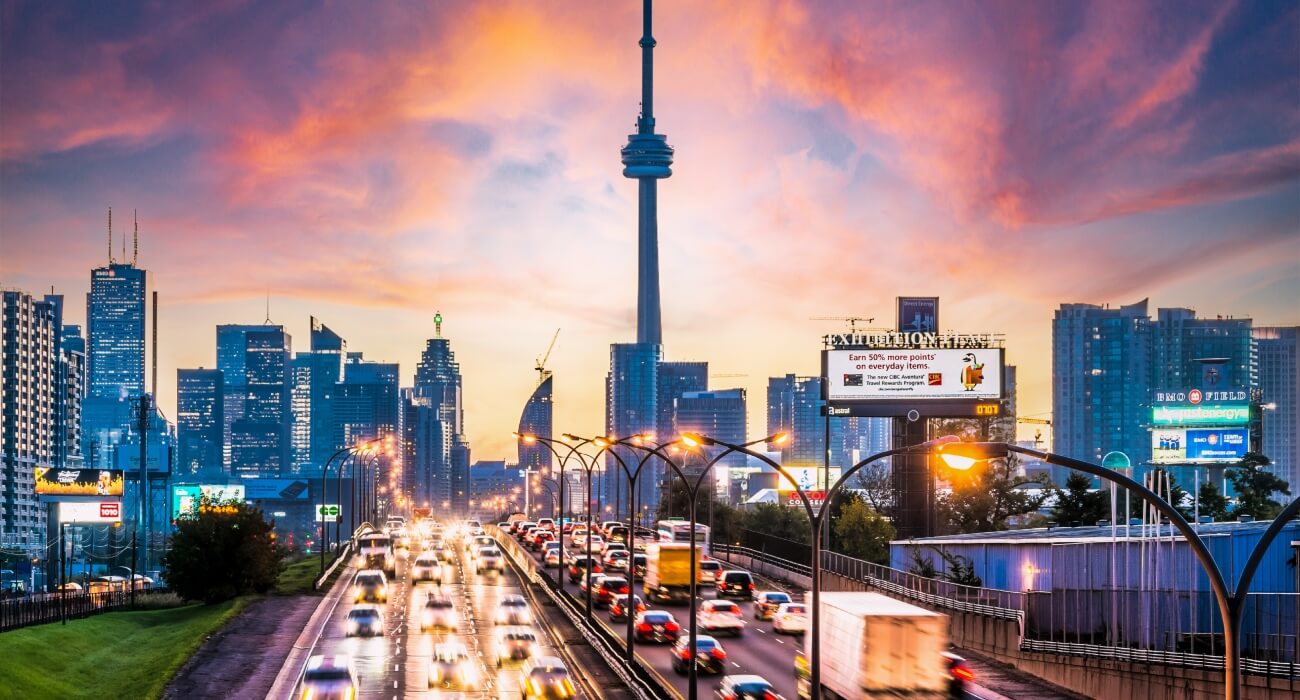 Toronto is quickly climbing the ranks among the most congested cities in the world, coming in third in North America and seventh out of more than 1,000 cities scored in a recent international report.

“Despite higher fuel prices, significant inflationary pressure, and supply chain problems around most of the world — in addition to a war in Europe — most urban areas experienced more delay in 2022 than in 2021,” the report reads.

“However, most still lag their 2019 levels of traffic congestion, as commuting and work habits have shifted considerably.”

Although foot traffic is yet to fully recover to pre-pandemic levels, the City of Toronto says traffic volumes have already done so. The data comes just as the city is contending with a series of construction projects that are forecasted to keep areas of Toronto in gridlock for months, if not years.

City data shows the city’s busiest intersections are mostly situated in its northwest corner during the day, and expand to the downtown core at night.

Each intersection has different factors that contribute to congestion, such as construction or initial design, the city says.

The city says the congestion Finch Avenue West intersections in particular are largely due to the ongoing Finch West LRT construction, and that it’s working with Metrolinx to put in signal modifications to keep traffic moving.

“The City is working collaboratively with Metrolinx to reduce delays and improve traffic flow at these intersections and all other areas near major transit infrastructure projects,” the city said.

Here are the 10 most congested areas:

York Centre Coun. James Pasternak previously tried to tackle the impacts of construction on congested roads. It’s a complicated task, he says, because the root of the problem is that the city’s growing population is using a grid and road system built for the 1960s.

“When you have that situation, things just don’t work,” said Pasternak.

Pasternak called the jump in Toronto’s traffic ranking a “disturbing trend” that’s hard to fix, partly because the city’s transit system is decades behind where it should be, leading people to opt for cars.
As a start, he says the city can focus on things like widening space in intersections, creating more right-turn lanes, quickly moving vehicles during a collision or a breakdown and re-opening lanes that have been closed for construction if there’s no active work in the area.

“This is a challenge that we’re going to be facing that’s not gonna go … away anywhere soon,” said Pasternak.

“If we tackle some of these basic issues, we should be able to see improved traffic flow.”

CBC Toronto has asked the city for an update on its progress with MoveTO. This story will be updated with its response.

“Managing congestion at these intersections and throughout Toronto is a priority for the City as travel demand rises in tandem with population and economic growth,” a statement from the city says.