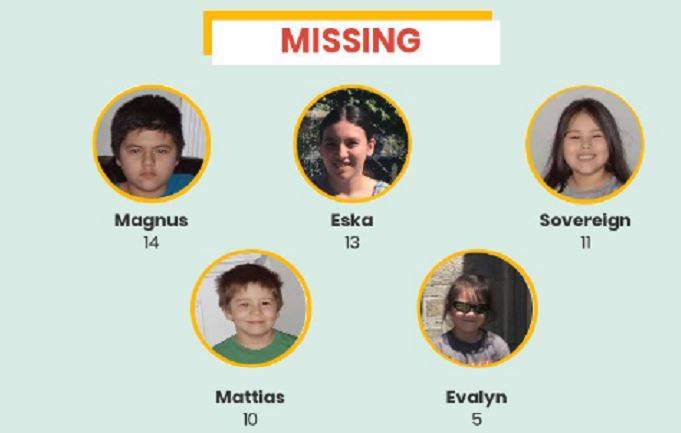 An Amber Alert has been issued for five children who have allegedly been taken by their father from Jordan, Ont.

The alert was issued by the Ontario Provincial Police at the request of Niagara Regional Police just before 5 p.m. ET on Tuesday.Police said in a statement the children, who range between five and 14 years old, were last seen in Jordan, west of St. Catharines. Officers alleged the children were taken from the family home sometime between Sept. 19 and Sept. 25.

“The children are subject to a temporary custody order and their father is in contravention of the order by failing to return them. Detectives are concerned for the welfare and safety of the children,” the statement said.