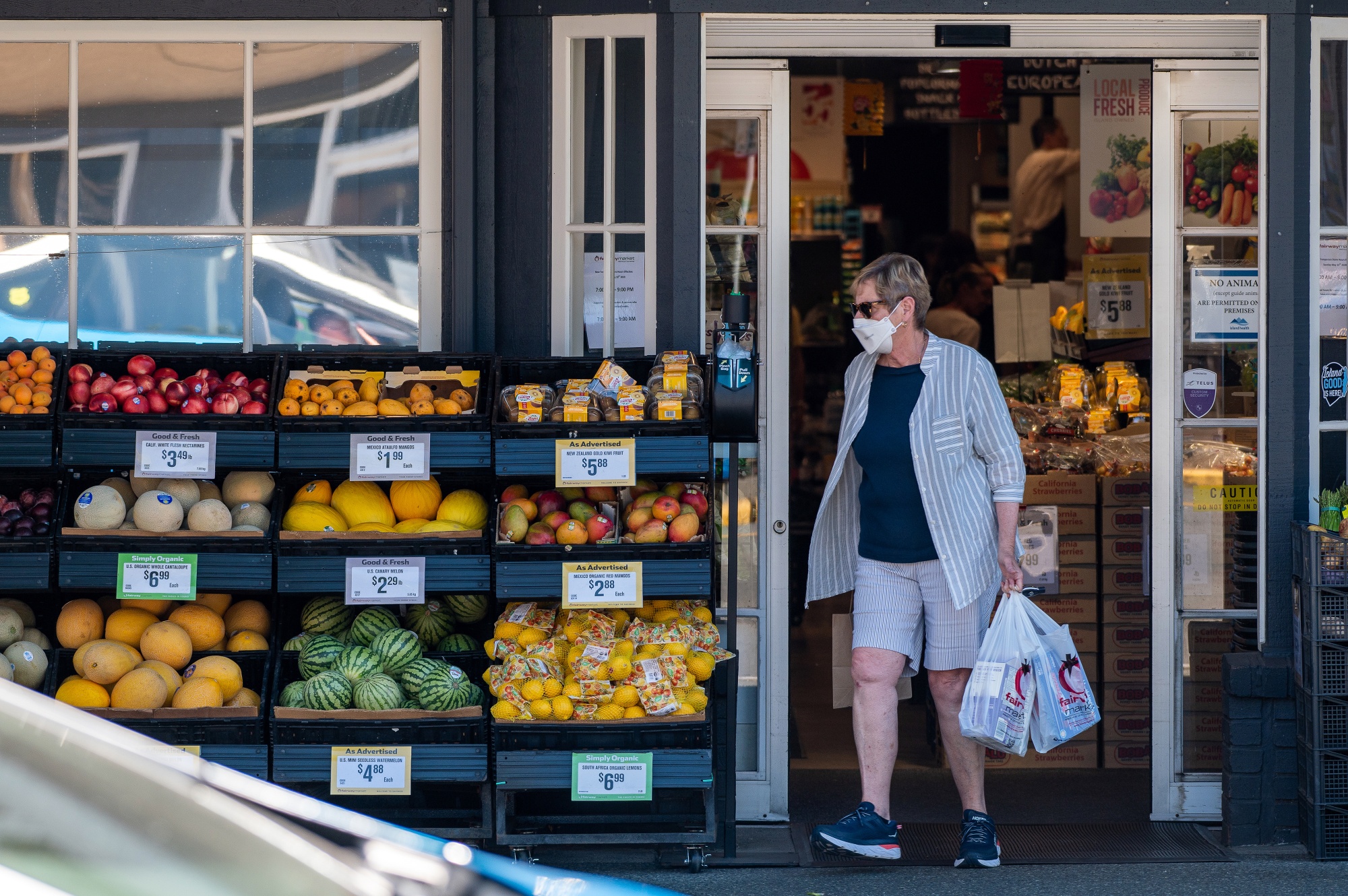 Consumer price inflation decelerated as gasoline prices fell by the most since the start of the pandemic, though underlying price pressures will likely push the Bank of Canada to continue delivering aggressive rate hikes.

The consumer price index rose 7.6% in July from a year earlier, Statistics Canada reported Tuesday in Ottawa. The inflation gauge increased 0.1% from a month earlier, the seventh straight increase. Both numbers matched the median estimates in a Bloomberg survey of economists.

While yearly inflation has possibly peaked, the persistently broad upward pressures could still prompt the Bank of Canada to deliver another 75 basis point increase to interest rates at its Sept. 7 decision.

The average of core measures — often seen as a better indicator of underlying price pressures — climbed to 5.3%, a record in data dated back to 1990, from an upwardly revised 5.23% in June. Service inflation rose to 5.7%, and Statistics Canada said “upward pressure on prices remained broad-based.”

Still, if headline yearly prices continue to cool, it may give the central bank some breathing room. Policy makers led by Governor Tiff Macklem may pause their aggressive hiking cycle after borrowing costs rise into restrictive territory while they assess the impacts of tightening on economic growth.

The data are in line with the Bank of Canada’s estimates of inflation, which it sees averaging about 8% through the third quarter of 2022 before slowing.

Swaps trading before the release showed the odds of the central bank hiking its policy interest rate by 75 basis points next month was a little lower than a coin flip. The bank delivered a surprise full percentage increase to borrowing costs in July, which officials termed a “front-loading” of hikes.

On average, consumer price increases continued to exceed the year-over-year increase in hourly wages of 5.2% in July, the statistics agency said.

Canadian and US inflation have been rising almost in tandem. US inflation, reported last week, decelerated in July by more than expected. The consumer price index increased 8.5% from a year earlier, cooling from the 9.1% June advance, while prices were unchanged from the prior month.

Similar to the US, falling prices for gasoline in Canada were major contributors to the cooling. The 9.2% monthly drop was the biggest decline since April 2020, the statistics agency said.