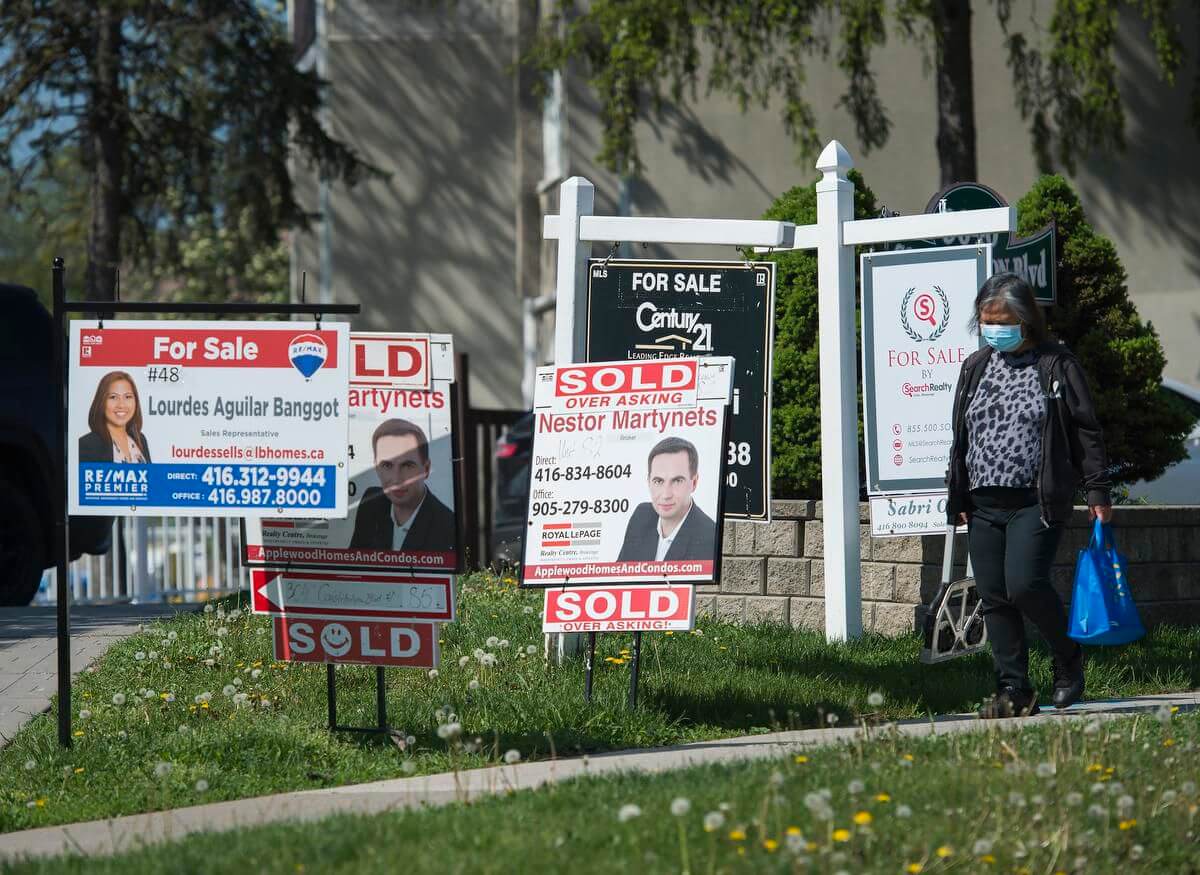 Prospective homebuyers saw clear signs of a cooling Toronto market in April as the region’s real estate board reported sales dropped by about 41 per cent since last year and 27 per cent in one month.

The Toronto Regional Real Estate Board said Wednesday that April sales amounted to 8,008 across the region, down from 13,613 during the same month last year and 10,939 in March.

The board attributed much of the decline to homebuyers who are taking a break from the market as interest rates climb and reduce their buying power.

“It certainly appears that the Bank of Canada is achieving its goal of slowing consumer spending as it fights high inflation,” TRREB President Kevin Crigger said in a release.

“Negotiated mortgage rates rose sharply over the past four weeks, prompting some buyers to delay their purchase.”

The year-over-year decline in sales was greatest in the area surrounding Toronto known as the 905 and was particularly apparent in the detached housing category, the board said.

The drops in sales also weighed on home prices, which have been climbing steadily for much of the COVID-19 pandemic and were often fuelled by bidding wars and intense competition.

April’s average home price for Greater Toronto reached more than $1.2 million, down from about $1.3 million the month before.

“It is anticipated that there will be enough competition between buyers to support continued price growth relative to 2021, but the annual pace of growth will moderate in the coming months,” said Jason Mercer, TRREB’s chief market analyst, in a release.

TRREB will also be watching supply closely, after buyers and brokers spent the start of the year bemoaning a lack of listings and predicting that the spring market would turn things around.