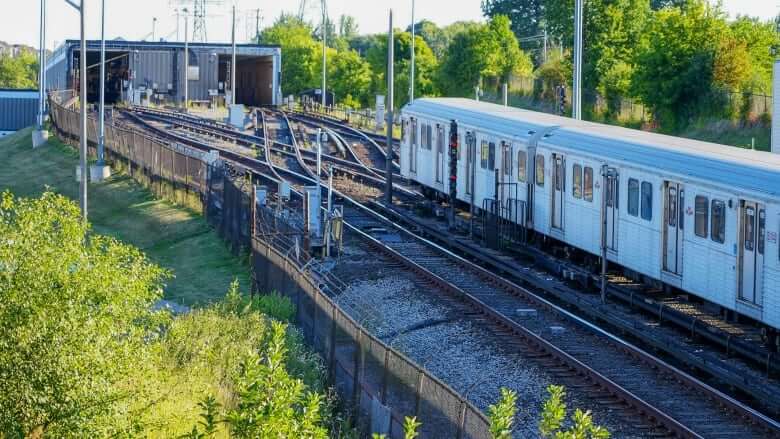 A four-year-old girl is safe and unharmed after Toronto transit operators discovered her wandering along train tracks in the dark at 1:30 a.m. on Thursday — next to a power rail with 600 volts of electricity.

The operator of an out-of-service subway car headed to a rail yard on Greenwood Avenue in the city’s east end spotted the child in an open stretch of above-ground track between Warden Station and Victoria Park Station, said TTC spokesperson Stuart Green.

Quick-thinking employees stopped the subway train, cut the power to the rail and got the girl safely on board, said Green.

“It could have ended very differently, but it didn’t and we’re really grateful,” Green told CBC Radio’s Metro Morning.

Only weeks earlier, on July 26, another four-year-old was struck and killed by a train while on GO train tracks west of Dixie GO Station in Mississauga. While police didn’t say then how the child got onto the tracks, some in the area noted that there are multiple gaps in the fencing in the area.

After Thursday’s incident, said TTC crew checked fencing in the immediate area, as well as CCTV footage, and found no “obvious” gaps. He said the area is “all fenced off… there are no access points, certainly none we’re aware of.”

The TTC will now expand its radius to look at the entire above-ground stretch between Warden Station and Victoria Park Station.

“If there are gaps, we’ll seal them up as quickly as possible,” he said.

Huge shout out to the #TTC crew on Line 2 who spotted a child walking along the boards over the power rail (with 600 volts running through it) near Warden Stn. around 130am.
Safely retrieved child unharmed and handed over to emergency responders.
Amazing job!!

The TTC notified Toronto police after locating the child, who had already reported missing by her parents.