Canadian Olympic snowboarder Max Parrot announced on Thursday he has been diagnosed with Hodgkin’s lymphoma.

Parrot, a 24-year-old from Bromont, Que., captured slopestyle silver at the 2018 Winter Olympics in Pyeongchang, South Korea. He was diagnosed with the cancer on Dec. 21, 10 days after undergoing a biopsy.

The five-time X Games champion also announced he will miss the entire season — including February’s world championships, the World Cup circuit and the X Games — and has chosen to focus on his health. Parrot’s most recent result was an eighth-place big air finish in Beijing in November.

“The first symptoms appeared when I started scratching my skin repeatedly in the fall. It started all the way back in September,” he said. “And then, in November, I realized I had a bump on my neck. I had a swollen gland. I saw my family doctor and he sent me for a biopsy. I received the diagnosis a few days before Christmas, confirming that I had Hodgkin lymphoma.

“It was tough to hear the news, and it’s still hard now. But at first, the most difficult for me was to realize that I would have to put an end to my season. When I missed the Dew Tour in mid-December, it was because I had to undergo the biopsy and it was a challenging time because I had never missed a single competition in seven years. And it won’t be easy to stay at home these upcoming months because I’m used to travelling at this time of year. But I have a new type of challenge to take on. This is a new kind of competition I must face, and I intend to do everything I can to win.”

Parrot underwent an operation a few weeks ago and had his first round of chemotherapy last week to treat the disease, which affects the white blood cells in the lymphatic system.

“I know it will get tougher and tougher as it goes on. I have 11 sessions left, at a rate of every two weeks, and if all goes well I should be done in June,” said Parrot. “It will be a long process. The word ‘cancer’ is scary, as is the treatment that comes with it. But I have great people around me. I have a lot of real positive energy with my family and my friends. My sponsors are also supporting me in this. I have an awesome medical team and I have all the confidence in the world in the work they are doing. My sport psychologist and my coach also help me make sure that my morale is good, so that I can fight this as best I can.”

Hodgkin lymphoma is a relatively rare cancer, according to Lymphoma Canada. It accounts for around 0.5 per cent of all cancers and 15 per cent of all lymphomas diagnosed. According to the Canadian Cancer Society, there are several forms of the disease. It starts in the white blood cells of the lymphatic system, which works with the immune system to fight infection and disease. It’s a relatively rare form of cancer, with 990 Canadians diagnosed in 2017.

“Max has a stage IIA [or early stage] classical Hodgkin lymphoma, said Joelle Duschene, oncologist at the Centre hospitalier universitaire de Sherbrooke. The treatment plan is chemotherapy for six months, and the prognosis is very good.”

Parrot said his best friend was diagnosed with the same cancer a few years ago, and has drawn from his experience. Parrot also used hockey Hall of Famer Mario Lemieux as one athlete who has battled back from Hodgkin’s lymphoma.

Lemieux fought the disease in 1993 during one of his best scoring seasons. In fact, he travelled to Philadelphia on the same day as his last chemo treatment and scored a goal and an assist.

Parrot was thrust into the spotlight last February when he and Mark McMorris captured Canada’s first medals of the 2018 Winter Games — silver and bronze, respectively. While McMorris drew more attention for his comeback from severe injuries sustained in a now-infamous backcountry snowboarding incident, it was Parrot who bested him on the podium.

Parrot has a reputation as a meticulous innovator, embracing trampoline training as a way to hone his skills year round and taking big air to new heights by landing the first-ever quad underflip to secure X Games gold in 2017. 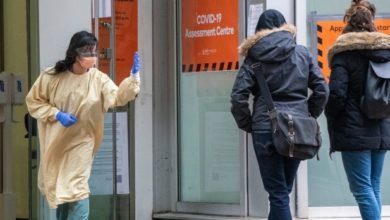