Dress for Success looks like a regular clothing store — but there are no price tags on the dresses and purses, and the people who work there are volunteers.

The not-for-profit, located on Yonge Street north of Sheppard Avenue, aims to help women make the transition from unemployment to economic independence by providing them not only with professional work clothing free of charge, but also a support network.

Client Pam Bogle, a single mom trying to get back into the workforce, says she was referred to the store by an agency.

“When you have to juggle daycare, rent, housing and food, it gives you that extra support, knowing you’re not paying an exorbitant amount for clothing just to feel good about walking into the workplace again,” Bogle said.

Dress for Success has locations in 30 countries across the world. Gabrielle Peacock is the interim executive director of the Toronto location.

“They come to us at no charge and after their appointments they end up with over 40 articles of clothing,” Peacock said. 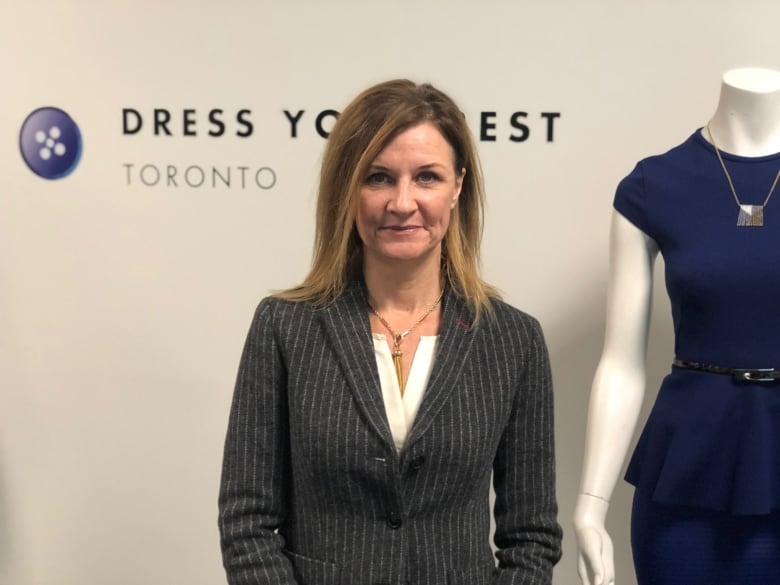 Gabrielle Peacock with Dress for Success Toronto says their mission is to empower women to be economically independent. (Talia Ricci / CBC News)

The not-for-profit works with more than 250 agencies across the GTA. The agencies bring interview-ready women to the organization.

“They instill the dignity and confidence that women need from the get-go as soon as you walk into a boutique,” Bogle said.

Mirka Halamova came to the organization after graduating from Ryerson University. She was referred by an employment agency.

“I was new to the whole professional world,” Halamova said. “I had one pair of dress pants and one dress shirt.”

Both women are now employed. 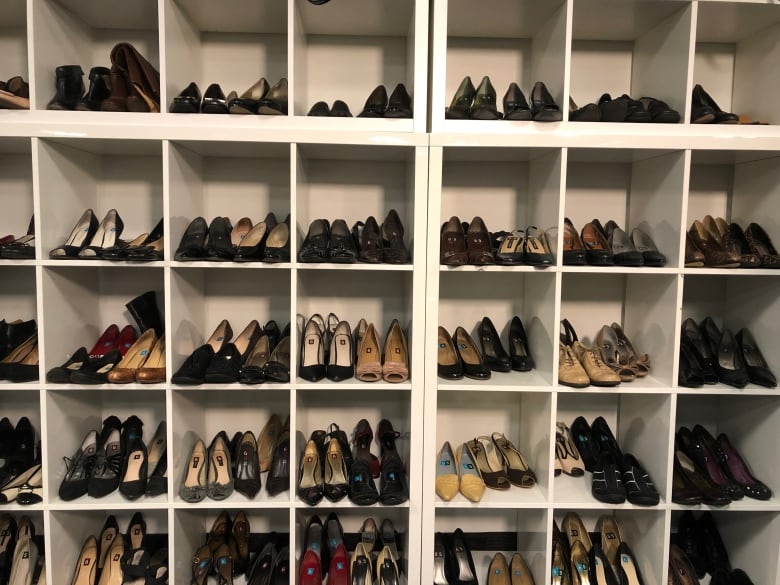 Peacock said their client base in Toronto is always growing, and a large number of their clients are new Canadians.

“As women gain economic independence they also need that network of support that really helps them further their career,” she said.

Peacock said Dress for Success also offers skill building, mentorship and a community of women who help empower each other.

Last year the organization helped more than 1,600 women across the GTA.

Both Halanova and Bogle are now part of The Professional Women’s Group program —  a networking event that meets once a month. Membership is open to Dress for Success Toronto clients who have gained employment. 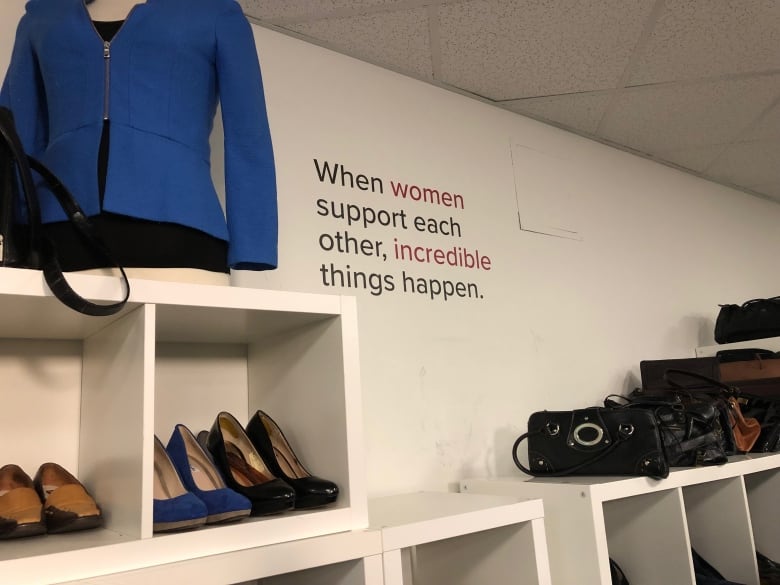 The Professional Women’s Group through the organization meets once a month and is geared towards members who gained employment and want to continuing networking. (Talia Ricci / CBC News)

The monthly forum educates newly employed clients as they make the transition into the workplace, often for the first time.

“We support each other,” Bogle said.

“That should always be the common goal for women whatever circumstances we are in.”.