Canada currently has 12 medals at the 2022 Beijing Olympics, including one gold, four silver and seven bronze.

Here’s who brought home the hardware for Canada: The 27-year-old snowboarder from Quebec won Canada’s first gold medal at the Beijing Winter Olympics. Three years ago he was bedridden to treat cancer, but now he’s a gold medallist. The four-time world champion and 2018 Olympic gold medallist brought home silver in men’s moguls, just behind Sweden’s Walter Wallberg who squeaked by Kingsbury to snatch gold in his final run. Canadian Steven Dubois nabbed a silver medal in his Olympic debut. Dubois’ second place finish the 1500-metre final clocked in at two minutes 9.254 seconds. The 24-year-old from Terrebonne, Que., originally did not finish his semifinal heat but a late penalty to the Dutch skater vaulted him into the 10-man final. Grondin is a five time world cup medallist and started playing competitively at the age of eight. The Sainte-Marie, Que., native had the honour of playing against his favourite snowboarder, Haemmerle — a dream his younger self couldn’t imagine. Grondin’s win for Canada is a sign of redemption as then 16-year-old Grondin was eliminated in the 1/8-final at the 2018 Pyeongchang Olympics. Weidemann captured her second medal of the Olympic games, her first silver in the women’s 5,000-metre speedskating event on Thursday. Her first medal came days before on Feb. 5 in the 3000-metre event. Canada won a bronze medal in the Olympic debut of mixed team aerials at Beijing 2022. Canada finished with a score of 290.98, behind China won silver with 324.22 points and the United States, which took the gold with 338.34 points. The 24-year-old B.C. native overcame personal tragedy and injuries to win her first Olympic medal. One of her coaches, Maelle Ricker, won Canada’s first gold in the event at the 2010 Vancouver Games. The 28-year-old joined teammate Max Parrot on the podium and added another bronze medal for Canada. He previously earned bronze at Pyeongchang in 2018 and Sochi in 2014. The 26-year-old from Ottawa overtook the Czech Republic skater at the last moment to win the bronze medal in women’s 3,000-metre speedskating event. The Quebec native is no stranger to winning medals at the Winter Olympics, having won three previously, including a silver and two bronze in 2018. 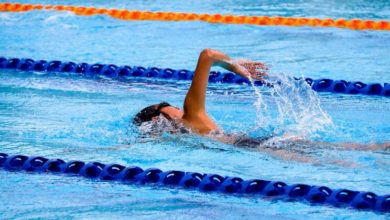 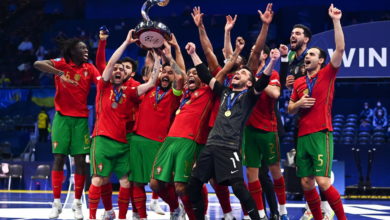