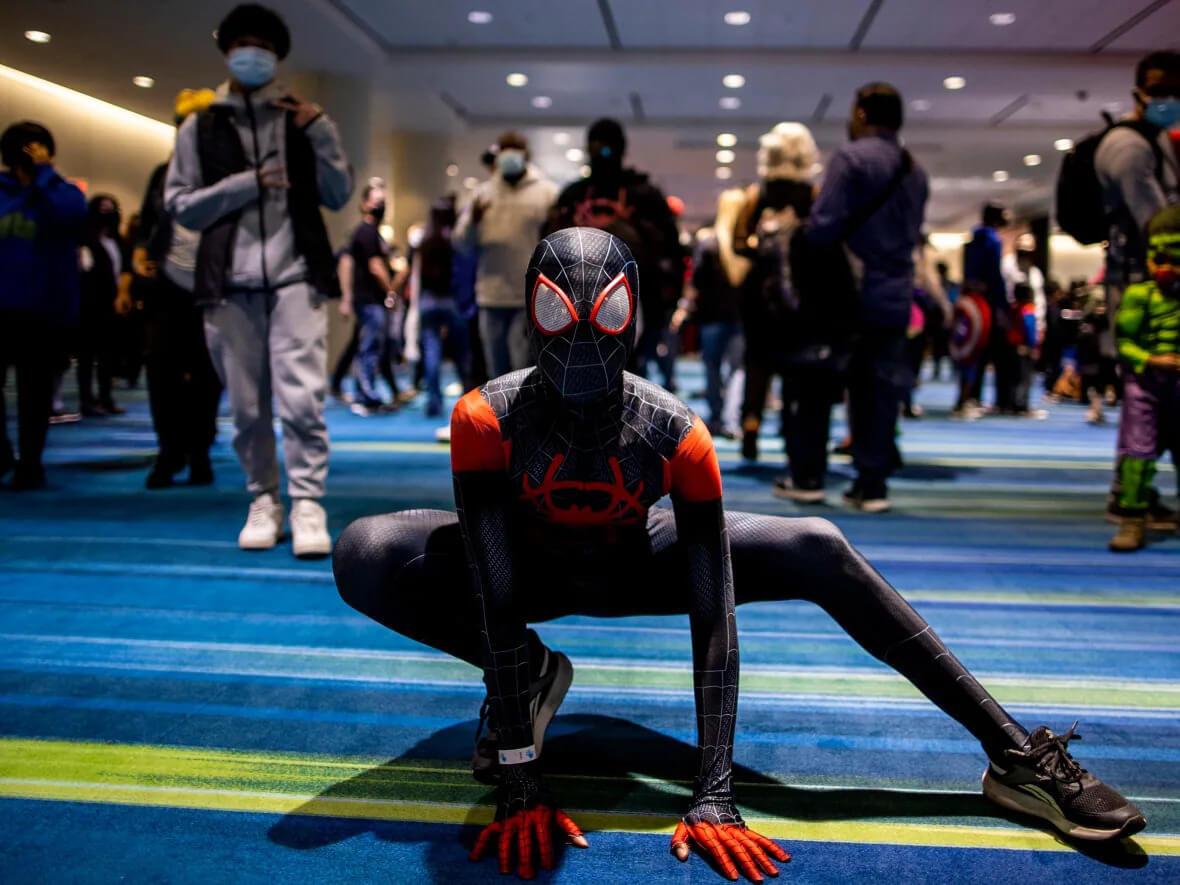 For the next three days, pop culture lovers will be celebrating their favourite comics, movies, video games, podcasts and more at the Metro Toronto Convention Centre.

That’s because Comicon is making its comeback to the city after a two-year hiatus due to COVID-19.

The March 18 to 20 event is the city’s first major in-person convention since the pandemic began.

Shade Hansen, who is cosplaying Cinderella, said this is her first Comicon and that she is “so excited” to attend.

Dillon Tapper, one of Toronto Comicon’s younger attendees, said while Wolverine is his favourite super hero, he decided to cosplay as the comic book character Carnage.

“I had nothing else at my home,” he said. Still, Dillon said, “it’s really nice” to be attending his first Comicon.

Daniel Schwarze, dressed as The Mandalorian from Star Wars, said it took him a year to make his costume and he’s “really excited” to finally get the opportunity to wear it at Comicon.

Organizers say fans of the iconic ’90s anime Sailor Moon are in for a treat this year with an entire day dedicated to the series including a cast reunion panel, music celebration, fan meetups, trivia, a plushie workshop and more, all celebrating its 30th anniversary.

New this year, Toronto Comicon is also introducing podcast programming with a selection that includes the improvised true crime podcast Killed to Death and comedy interview series You Made Me Queer!

“This is fantastic. Getting out, seeing everybody and having all the kids take pictures with me. I love it,” he said.

Meanwhile, Jonathan Garcia, cosplaying as Darth Vader of Star Wars, said the last two years have been “awful” and it feels “awesome” to be back.

Other highlights for the next three days include celebrity panels, a kids cosplay contest and sketching showdowns by top comic creators.

Organizers say even the youngest superheroes will have something to do.