The young entrepreneur created the app Perksy, a real-time research platform, which targets Millenialls and Gen-Z users and rewards them for answering surveys.

“We realized that the way that it was currently being done didn’t really make any sense,” Masri told Metro Morning’s David Common Monday.

“Our belief is that if you want to reach a younger audience you have to live where they live, and that’s mobile.”

While studying at Harvard University in a marketing management class, Masri said she discovered how difficult it was for brands to understand their audiences, especially young consumers. 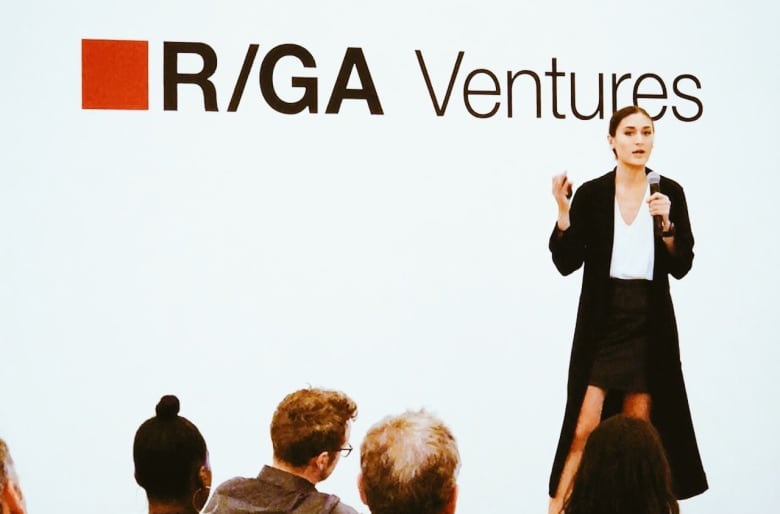 Through the app, users rack up points by answering questions, and those points convert directly to cash and discount coupons to companies like Nike, Sephora, and even Uber.

Although surveys have moved from in-person, to phone, to online, to email, Masri says they best still only gain about a three per cent response rate.

Perksy is “game-ified,” and aims to answer simple questions like why consumers would choose one sweater over another, one brand or another, each catered to the specific user.

She says the latest study by her company will reveal how millennials (born years 1981-1996) prefer smaller brands over bigger brands, while Generation Z (born 1997 onward) prefer the opposite.

‘It was overwhelming, it was an incredible feeling’

The same day Masri made the list, released November 13, she was chosen to ring the stock market closing bell at Nasdaq Tower in New York’s Time Square. 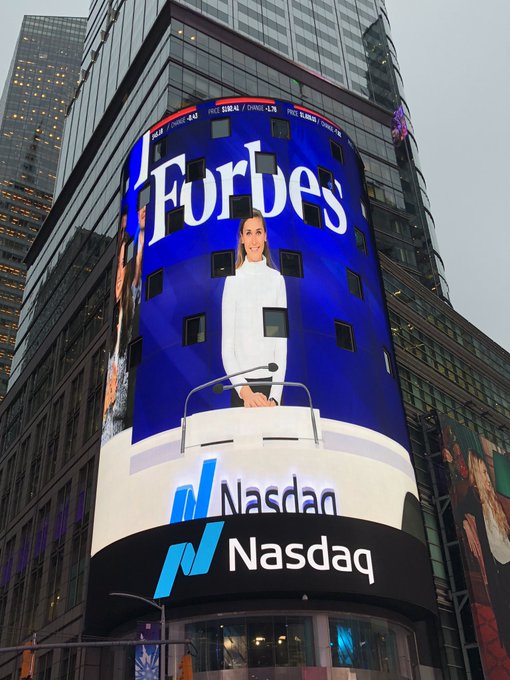 Masri said she remembers studying the Forbes list as a teenager and thinking “wow these people must be incredible.”

Now she’s not only one of those people, but the featured nominee for advertising and marketing.

“It was overwhelming, it was an incredible feeling,” she said.

Masri used to own a painting company in Toronto. Now she lives in New York, where she runs her company.

She pegs her success to her dad’s determination.

“He set a precedent for me,” she said.

Her father is a Syrian immigrant, and she said he taught her to pursue her passion by any means necessary, which for him meant going through medical school twice.

He completed the program once in Spain, but then had to redo the program when he came to Canada. 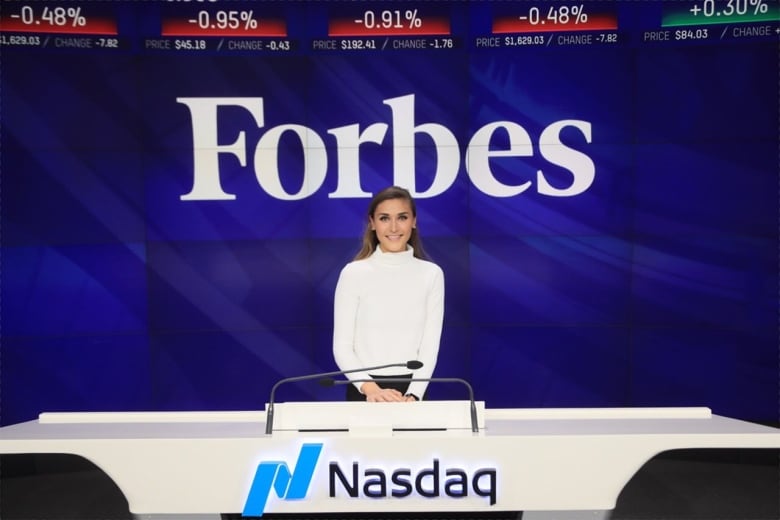 This photo was taken after the closing bell ceremony in New York’s Time Square. (Nasdaq)

At around 10 or 11 years old, Masri said she remembers asking him why being a doctor was worth the long process.

“He made me promise that I would do the same,” she said.