Many people do not know what a BIA is and how it works in harmony with a community and its surrounding business sector.

A business improvement area (BIA) is a geographic area in a municipality with a board of management set up to provide business promotion and improvement functions. A BIA allows local business people and property owners to join together to carry out physical improvements and to promote economic development in their district.
A BIA is a mechanism to promote the local community and its special attributes and attractions to visitors and, just as importantly, to local residents. 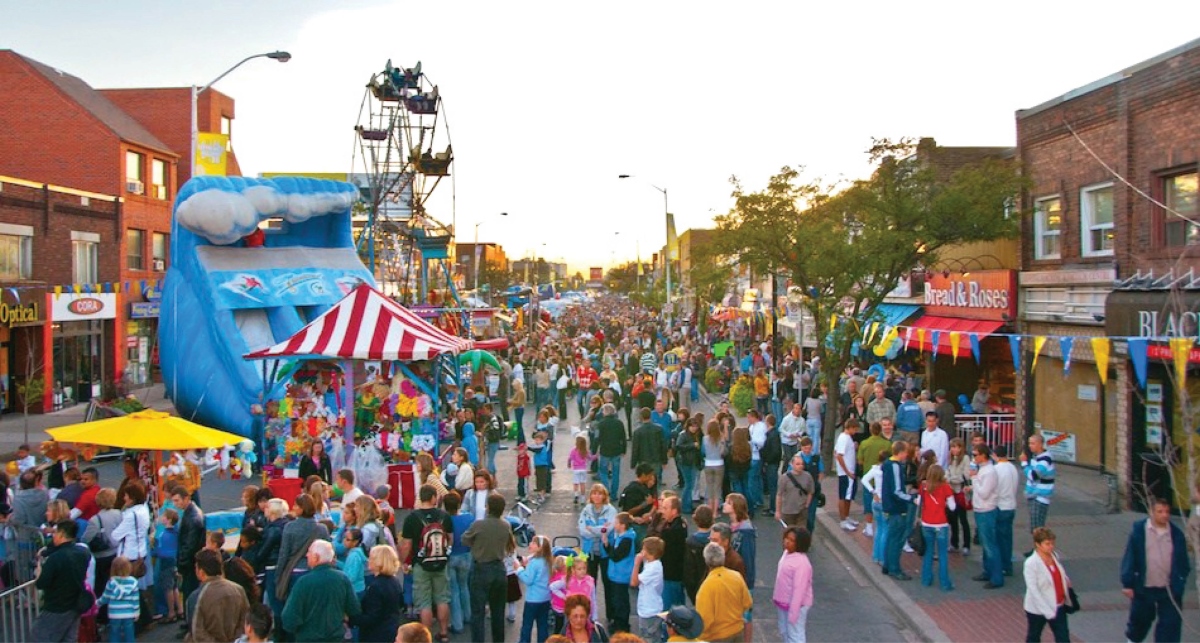 The concept of Business Improvement Areas (BIAs) first originated in 1970 with a group of business owners in the Bloor-Jane area west section. These business owners were concerned about the decline of their main street caused by the growing popularity of shopping malls, and an extended subway system, both of which were drawing shoppers away from their traditional retail area.

Under the Provincial legislation, this group of business owners created a self-help program. The legislation empowered the BIA’s members to pool and use their own money to promote their main street and to make several physical improvements to the area such as banners, flowers, and other things in order to bring customers back to Bloor Street West. This not only benefited the local businesses, but also the entire neighborhood.

The success of the first BIA, Bloor West Village, inspired other retail districts to follow this model and become BIA’s themselves, such as Bloor-Yorkville, The Kingsway, and the creation of the largest BIA in Canada Emery Village. Today, there are 83 BIAs in the City of Toronto, and over 300 across the Province of Ontario. The BIA concept has been emulated throughout Canada, the United States and across the globe.

As the number of BIAs in Toronto continued to grow, it became apparent that a formalized organization was required to provide an ongoing means of collecting and exchanging essential information and, importantly, addressing issues and concerns.

In 1980, a constitution was drawn up and a formal association was established, namely, the Toronto Association of Business Improvement Areas. TABIA has developed into a well-respected organization, recognized by all levels of government and the commercial sector. TABIA involvement goes well beyond the promotion of BIAs.
There is no question that the BIA concept has helped improve many communities and has established some solid footing for existing and new business. The negative in many of these associations is that they have become very political and have taken favoritism into some decision making. Some of the presidents of the BIAs have favoured some business over others and has created some animosity. However, overall the BIAs have worked well and continue to have a role in everyday life in the business communities and the benefits help the entire neighbourhood.