The riding was considered a Liberal stronghold, but Sajanth Mohan, the PC candidate for MP of York South-Weston, believes he has conditions to win the riding on this federal election. His official campaign website outlines the fact Mohan has been serving the community in the GTA for over 17 years as a Pastor and community advocate. Mohan is running to create a better future for families and children.

The York South-Weston riding is located south of Highway 401, north of the CPR Rail line that borders Parkdale-High Park, east of the Humber River and west of the Canadian National Railway that runs along Caledonia Rd. The riding has a population of 116.000 people and is 24.81 square kilometres wide, according to the 2016 Census, and is a very diverse riding. York South-Weston has a large population of Filipino, Jamaican, East African, Portuguese, and Vietnamese people. The immigrants make up close to 52% of this riding’s population, and in recent years some of them came from Brazil. Portuguese and Spanish are some of the most popular non-official mother tongues in this riding. Considering that the median household income in Ontario is $74,287, this riding is one of the poorest in Toronto, where the median household income is $53,292.

Ahmed Hussen was first elected in York South-Weston in the federal election in 2015, and he became the first Somali-born MP in Canada. Hussen arrived in Canada for the first time when he was 16 years old as a refugee in 1993. Hussen won this riding for a second term by a milestone in 2019, receiving almost 60 percent of the votes. York South—Weston has been primarily Liberal over the years, with the NDP winning one election term in 2011. The list of candidates to York South-Weston is completed by Nicki Ward (Green Party); Hawa Mire (NDP), and Sitara Chiu (People’s Party of Canada).

Milénio Stadium: Your riding is considered a Liberal stronghold. Why did you decide to run on this riding?

Sajanth Mohan: This is exactly why I decided to run. There are many in the community, a silent majority that are unrepresented. They are tired of how York South-Weston has been run and want to see a change in this area. As a community leader for many years, I understand that many challenges exist, but unless someone decides to tackle real issues with real people, problems will continue to rise with no solution. It is time for the people of this community to lift up their voices and be heard. This is why I am here.

MS: Can you share with Milénio Stadium readers a little bit about yourself? What is your background, and why do you think you are a better option for the voters?

SM: I’ve been serving the community in the GTA for over 17 years. I have led and organized many community-oriented programs, including toy drives, back-to-school initiatives, cycling events for charities such as the Hospital for Sick Children, food hubs for families in need, and sporting camps for children from all types of communities. I understand the diversity of needs in our community. My passion is to see families and children create a better future for themselves. I have served as a Pastor and community advocate for over a decade in the GTA. I also run a small business and understand the importance of small businesses in our community. York South-Weston needs a leader who will put people first and prioritize the rights of each individual to strive for a better future for coming generations. I am married to my beautiful wife Eva, and we have three wonderful children. As an experienced community leader, I will be the voice to those in the York South-Weston community. The people’s voice matters, and I will go the extra mile to support the needs of families and the community to help secure your future.

MS: York South-Weston is one of the poorest ridings in Toronto. How can we tackle this problem in Ottawa?

SM: There are many ways to help through the Conservative Party’s Recovery Plan for Canada.  Prices are going up, incomes are not matching, and people are falling further behind, particularly in York South-Weston.  We will give a GST holiday for all purchases in the month of December.  We will increase competition in the open market for cell phones and internet services, so prices go down. We will penalize price-fixing for groceries and increase competition in the market instead of a few companies controlling everything. We will help pay up to 50% of the salaries for workers who have been out of work for six or more months and help businesses by giving them loans to expand their business and pay up 25% of the salary of net new hires. These will all help expand and grow the economy to get it moving again and get people back to work, so they feel pride in their lives.

MS: This riding is very diverse, and it has a large population of Portuguese people. Are you familiar with this community?

SM: I’m very proud of the Portuguese community in York South-Weston because they are hard-working, family-oriented just like myself. The Portuguese community helped build Canada and work very hard. They need a government that helps make their lives easier and doesn’t penalize them for their hard work. Did you know that my opponent deported thousands of Portuguese people while he was the Minister of Immigration under Trudeau and never assisted them to return back to Canada? This is not right and not fair. You will see a much more balanced immigration policy under the Conservatives.

MS: Since the start of Eglinton Crosstown LRT construction in 2011, more than 140 businesses have closed. Do you have specific measures to revitalize Little Jamaica?

SM: Our Recovery Plan for Canada includes loans for people buying businesses. We encourage more competition in the market instead of a few major players. We help businesses by paying up to 25% of the salaries of net new hires and up to 50% for people that have been out of work for more than 6 months. The Conservative party is the only party that is for small businesses, and as a small business owner myself, I understand the needs better than my opponents.

MS: We’ve been hearing a lot of political promises on these elections regarding climate change. This riding has been dealing with flooded basements and overflowing sewage during heavy rainstorms. Do we have to do more to help families to pay for these types of damages?

SM: The Conservative Party has a great environmental plan to help people and families make better green choices. There is a big issue with flooded basements, and that should be handled by the city. The current MP has done nothing about it. If I am fortunate to be elected your next MP, I will work together with the city and province to promote the interests of the people living in York South-Weston. 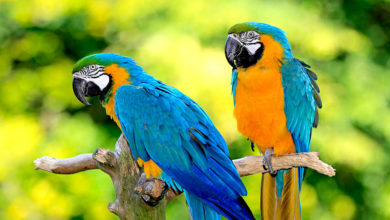 A fala do Papagaio 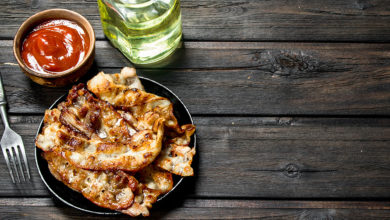 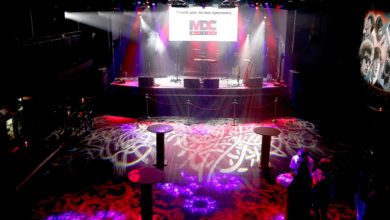 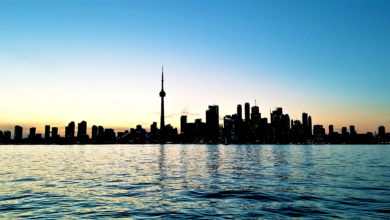