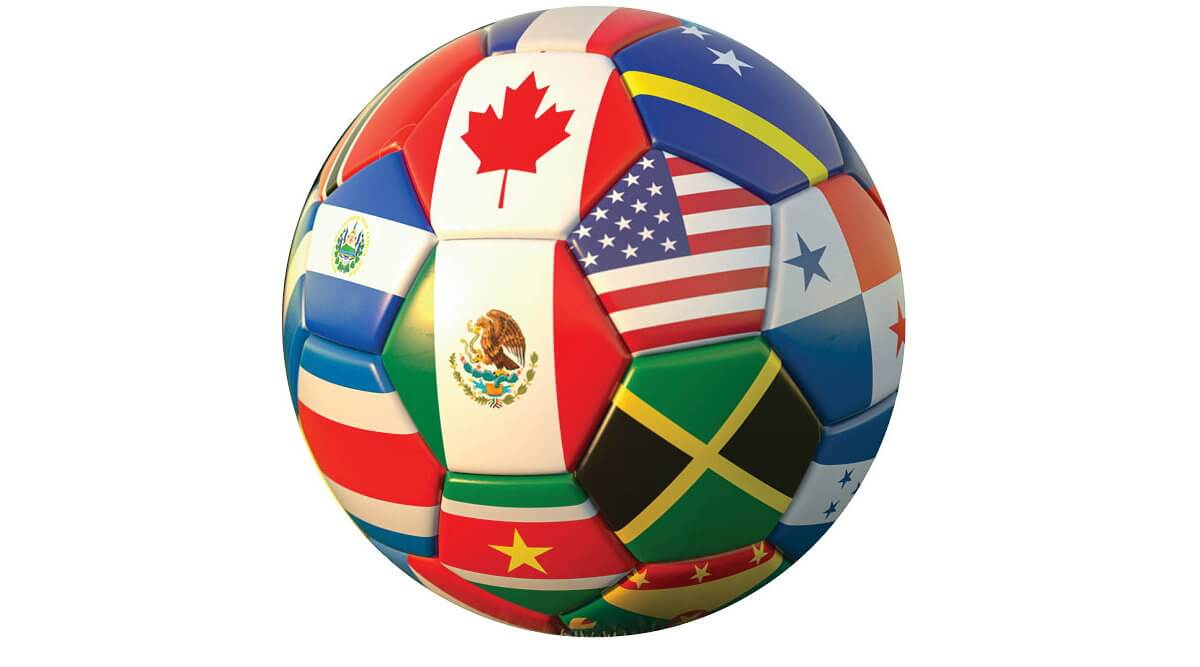 Hard to believe it’s been four years since the last world cup of soccer and yet, here we are, with Canada making the grade, 36 years after the team’s first ever appearance, back in ‘86, in Mexico, where Portugal was also present, 20 years following its first world cup birth in England in 1966. Portugal put on a dismal performance, tainted by salary disputes with their federation; three games played, one win and two losses. Canada didn’t win any of its group stage games, no one expected them to, but I’m sure it was a party anyway. For Canada, a world cup birth is a great unifier. The country has millions of soccer fans that have been accustomed to rooting for their motherlands, but now there’s an opportunity to back the nation that they actually call home, in unison. For Portugal, qualifying involved the usual nail-biters. They’ve never really made it easy for themselves, or the rest of us. We seem to play our best when our backs are up against the wall. We struggle with supposed weaker teams, forcing more do-or-die situations than should be necessary. Portugal has some of the best players in the world, key figures on some of the best teams in Europe, but, as a group, we don’t seem to be comfortable in the spotlight; kind of like our culture in general. Anyway, who cares, both teams are in, which is the important thing. Anything can happen and that’s what makes sport so cool.

Not cool, is how money, or the hunt thereof, has molded sports in the last few decades. Extremism has hit salaries in dramatic fashion. Soccer players, for example, are signing contracts worth hundreds of millions. It is normal to question this tendency. Hundreds of millions for a person to join a team, to play a game, right? But it goes way beyond that. It’s also, for instance, how many Jerseys the fans will buy. Back in 2018, Ronaldo signed for Italian team, Juventus, for a then astronomical 100 million euros. Consequently, 60 million euros of number 7 Ronaldo Juventus jerseys were sold, 24 hours after the merchandise was released. It was estimated that the team made 6 to 9 million in those 24h alone. In Europe, a team can make millions for a victory in a Champions League qualifier. In the press, a team’s win, or loss, in a European competition, does not only mean points won or not, it’s the millions won or not. Money is always part of the picture. Powerful teams, (the ones that have the most money and thus the most expensive players), count on this money to alleviate the tremendous debt loads they carry. Top tier players get paid big bucks so they can help generate big bucks for the team. Without the cash, it’s either sell the big money players, or find a billionaire willing to buy the team. Of course, having big money players doesn’t always translate into winning championships and that’s not an option for the top teams, so now they’re trying to create a so-called Super League, which would see only top teams facing each other whether they qualified, or not. It hasn’t gone down well amongst their peers and even fans, but, money talks. We’ll see. Fans don’t seem to mind how their team wins, as long as they do. I always question the moral issue of money in soccer. Last season our top 3 Portuguese teams had a combined salary budget of 220 million euros, the other 15 teams in the first division had a combined salary budget of less than 100. The disparity is obvious, both on paper and on the field. It’s a given that one of the top three will always win the league, with the rest vying for fourth and fifth place, which gives them a chance to make a few bucks in European competition. What gets me is that no one cares. The vast majority of fans back one of the top teams and all hell breaks loose when any of them lose, because they’re always expected to win. I don’t understand how it came to this, but competition doesn’t seem to be valued any longer. Here, teams don’t even value who comes to their games, as long as the tickets are sold. I’ve heard many say that they would never go to a big team game with family, because of possible violence, or just the tense atmosphere created by the groups of superfans, or hooligans, here called “claques”. They consist of large groups of mostly men that follow their team all over the country in shows of support. Problem is that they are unruly, even violent. In Portugal, on the day of a big game between top rivals, it’s not uncommon for the police to escort them to the stadium. They’re a constant source of trouble, but the teams usually stay quiet when it comes to their “claque” because they’re the best customers and probably for other reasons.

These days anything goes. Gambling entities sponsoring teams and leagues, hiring players to peddle their wares, FIFA members taking bribe money to vote in favour of certain host countries like Qatar, yet it all gets through while we all look the other way. Why do they get away with all this? One reason may be that the fans are still fans and they love their teams more than ever. Like all the other issues in this world, only we can make the difference.
Bring it on! Go Canada! Go Portugal! We’ll talk about the rest after…maybe…we’ll see.