Although the sex industry is criminalized in Canada, some people still work in this industry, like in many other countries in the world. Maggies: The Toronto Sex Workers Action Project is an organization that represents local sex workers in the city. Every day Maggies Toronto tries to make this industry safer and more dignified. They advocate that, like in other jobs, “some love their work, some dislike it and some feel indifferent about it”, however they strongly support that sex work should not be criminalized. Recently some Toronto strip clubs were in the news connected with COVID-19 outbreaks.

An employee at Brass Rail Tavern, located near Yonge and Bloor streets, in downtown Toronto, tested positive for the disease in August and by that time Toronto Public Health said that 500 people may have been exposed to COVID-19 after visiting the club. In September Club Paradise Lounge, located at 1313 Bloor Street West was the second Toronto strip club to have a COVID-19 outbreak. Six employees and one patron have tested positive for COVID-19. Toronto Public Health confirmed that in recent inspections, this Club was  following physical distancing guidelines.

Since it’s not recognized as a job, sex workers can’t pay taxes and don’t have access to health care, employment and invalidity benefits. With the pandemic the issue is again in news and workers say that they also “deserve access to government support”.

Milénio Stadium: Should sex work should be recognized as a normal job?

Maggies: The Toronto Sex Workers Action Project: Sex work is a legitimate and valuable form of work that is widely consumed. Many people who do sex work have a similar feeling about their work as those in any other job. Some love their work, some dislike it and some feel indifferent about it. However, this does not determine the legitimacy of sex work as labour. Sex work should not be criminalized. Laws that criminalize sex work in any way make it difficult for us to assert our rights in the workplace and demand safe working conditions. Sex workers are employed in a number of industries and many are licensed and regulated by their municipal governments. Strip clubs and massage parlours in Toronto are one example of licensed businesses where sex workers require licenses from the City of Toronto to work. Other forms of sex work include porn performers, cam models and full-service companions – all forms of sex work are valid forms of labour – many work and file taxes as Independent Contractors. There are also areas of sex work that are much more openly criminalized like street-based sex work and escorts who may work independently or with agencies. These forms of sex work are legitimate, in high demand and valuable forms of work, but because of laws criminalizing clients, advertisers and third parties, they often take place in private making it difficult to demand labour rights and fair working conditions.

MS: Should Toronto have a Red Light District like Amsterdam?

Maggies: We advocate for the total decriminalization of sex work. This means the removal of all criminal laws that criminalize sex workers, our clients, networks and third parties. Decriminalization is fundamentally different than legalization such as in the case of the Red Light District, which would allow for local governments to regulate our industries in the same way strip clubs and massage parlours are regulated. Legalization views our work as a moral threat that needs to be contained and controlled by the government. We know that the regulations imposed on sex workers in these systems are more invasive and burdensome than workers in other sectors. It is often difficult for marginalized workers to meet the strict conditions, resulting in them being forced back into the illegal underground where they are isolated from protections and support.  What is most important about where sex work happens – as is the question of Red Light Districts – is that sex workers are free to conduct their work in safe, reliable spaces.

MS: Over 10,000 prostitution-related incidents were reported in 1992. What type of risks do sex workers take?

MS: Sex workers in the Red Light District in Amsterdam have panic buttons that they can press if they come into contact with unruly clients. However, if you work in a hotel or in the streets it’s hard to ask for help.

Maggies: As workers, sex workers deserve access to health and safety protocols in the workplace and safe working conditions. Safe working conditions look very different across different forms of sex work where individual workers may be working remotely (on a computer or screen), in shared spaces (like a club) or in an isolated setting (such as an apartment or house). In any setting, sex workers deserve safe working conditions and the tools needed to ensure this safety. For body rub attendants in Toronto this looks like the ability to lock the doors of their individual rooms to determine who comes in and out, for exotic dancers this looks like a well-maintained club – there are many variations on what workplace health and safety looks like depending on the context of the work. Sex workers should always lead the decision-making on what safety protocols are established in their workplaces, because they know best about what is effective for their well-being.

MS: Would most sex workers like to pay taxes and have access to health insurance, employment and invalidity benefits?

Maggies: Sex workers deserve access to government supports, especially in the midst of a global pandemic, but unfortunately our communities have been excluded from these resources. There are a number of reasons sex workers are currently unable to pay taxes or disclose the nature of their work – from being paid in cash to the stigma surrounding having done sex work. We must decriminalize sex work and the stigma associated with it.

MS:The Toronto Sex Workers Action Project represents workers of all genders from all areas of the sex trade. Is it still an area where mainly women work?

Maggies: Many different kinds of people work in the sex industry – cisgender men and women, non-binary, two-spirited, and trans communities. 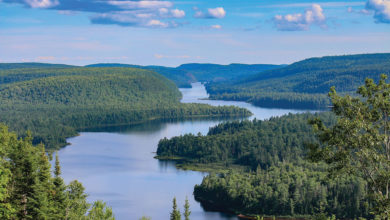 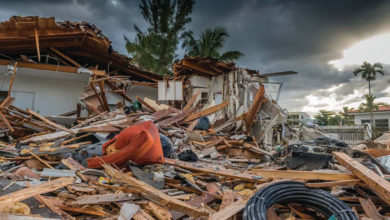 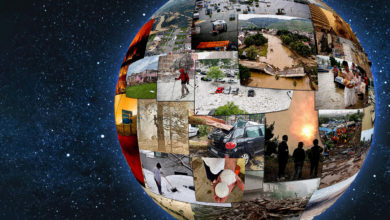 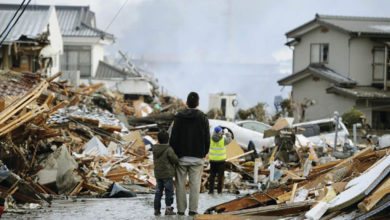 “Natural disasters have increased over time, leaving more of a need for mental health support”