Milénio Stadium: We’ve been seeing the growth of groups associated with the extreme right, with many developing in democratic countries. What can justify this phenomenon?

Alistair Edgar: It is important for democracies to respect and protect freedom of thought, and freedom of expression – even when some of those expressions are deeply distasteful. Of course, when they engage in libel or slander as these are legally defined, then there can be legal remedies taken against them. However, when those expressions and the groups that seek to advance them, whatever end of the spectrum of extremism they may be part of, cross over into incitement of violence and hate speech then there is no justification for protecting or permitting such expressions or activities. These groups may try to offer their own “acceptable” justifications – lack of economic opportunities being one of the most frequently-heard – but that is much more of an excuse than a justification. It does seem that governments in western democracies have until quite recently tended to ignore or underplay the danger of extremism of the right wing, which may reflect conservative political biases in those countries.

MS: Can we say that dissatisfaction and revolt against institutions / governments that do not satisfy the demands of certain social groups has created a favorable environment for extremism?

AE: To some extent – it certainly can feed into narratives of institutions and governments not fulfilling their part of the ‘social contract’ broadly, or of governments being for an economic elite and not for ‘ordinary’ citizens. However, at least in a democracy (not a dictatorship), that is a reason for citizens to become more engaged in their political systems. Extremist groups tend to make their own terms of reference that portray themselves as victims threatened by whatever “other” suits their own purposes. I think the most favourable environment for them is created by new social media that allows these groups to peddle their narratives rapidly and widely, and either to find others with similar views or to ‘capture’ vulnerable individuals – just as a cult spreads.

MS: What could this phenomenon mean for the balance of power at the global level and for democratic societies?

AE: In terms of a balance of geopolitical power between the US, Russia, and China, it is not clear that there is any inevitable impact: for example, while the previous US president emboldened right wing extremism within America, it is not clear how that shaped his policies towards China compared to his conservative (rather than extremist) ‘America first’ economic policies or his own personal business interests.

More generally, if extremist right-wing politics became more prominent in European governments, the danger would be if those governments sought to destroy their own systems in order to maintain power – which we did see leanings towards in Trump’s America. That sort of wider shift could lead towards more militant and divisive global relations.

MS: There are also those who claim that the world is lacking true statesmen—men and women who rule by example and who really care about the common good. How truthful is this claim?

AE: I think it holds some truth, as politicians appear to be more interested in promoting and protecting their own personal power and wealth, and using their ‘party platform’ for that purpose, than they are in looking towards a bipartisan or ‘inclusive’ public good.  At the same time, however, in a democracy it also is the job of citizens to demand that their leaders offer that broader vision – and today it seems that voters also often lack that interest. If we do not push our political representatives to advance public goods, we should not be surprised by the outcome.

MS: How can democracy balance the fact that it is by nature tolerant, inclusive and respectful of difference, and at the same time act against the extremism that by nature aims to overthrow democratic regimes and impose dictatorships?

AE: Beyond what we already consider to be legally-defined injurious expression (libel and slander), governments can and should work with the private sector to actively counter hate speech and extremism in social media, both by blocking or removing sites and by providing better counter-narratives. Our education systems also need to be invested in, as a critical resource to build social resilience and critical thinking as well as technical workforce skills.

MS: With many neo-fascist parties and movements springing up across Europe, are you concerned about what may happen in this context?

AE: Those movements are not new, of course, as I can say they certainly existed in the 1970s and 1980s as ‘street gang’ level phenomena; but they have made strides back into the open political arena in Europe. Yes, they are a danger to liberal democracy and need to be monitored just as any extremist group. That said, I also see them being rejected by voters who do recognise them as dangerous.

MS: Although Canada is a country particularly open to difference, it has about 30 groups identified with the extreme right. In fact, it is known that the now famous Proud Boys (from the USA) also have a presence in Canada. What can we expect from these groups in the future?

AE: We can expect more of the same, if they are tolerated; however if they see a broad public revulsion as well as strong legal actions taken against them for example after the US Capitol riots, then we may see divisions within and between them. Again, holding extremist views is not necessarily illegal, even if it is offensive; but moving beyond that and towards violence, needs to be monitored carefully.

MS: Is history repeating itself? Can it be repeated? Have we learned anything from the past?

AE: Humans repeat themselves, and we can have a wide variety of motivations both good and bad, so history does express all of those as well; but we also are clearly capable of learning from our mistakes and from the examples of others, and of building on our knowledge, in all sorts of ways. Outcomes are not inevitable, but that also means that people need to have positive goals that they can work towards, and should not expect that “good things simply will happen”. 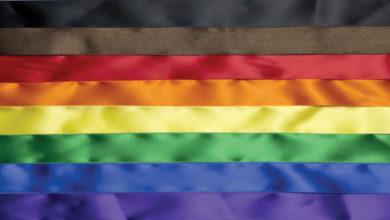 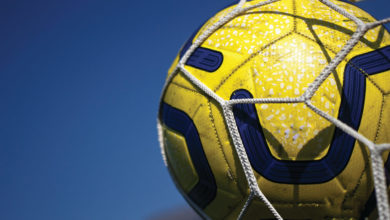 The Business of Soccer… 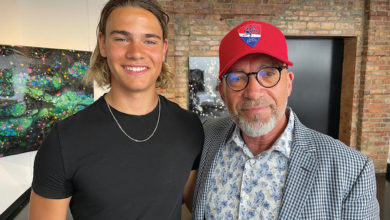 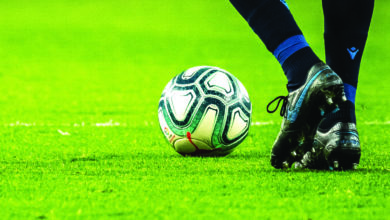