It’s a delicate subject that divides opinions, beliefs and ideologies. Discussions related to euthanasia can be very controversial, but they are necessary, especially in a country like Canada, where the laws around it are very flexible.

When you’re a public personality with a strong opinion on controversial topics, the reactions can be heated. Add to that a strong association with the Church and a change of position on these topics, and results can be less than favourable. That’s the case of Reverend Michael Coren, who is also a writer and media personality who’s used to sharing his opinion on many delicate subjects. Reverend Coren left the Catholic Church in 2014 and has since been a member of the Anglican Church. In this interview with Milénio Stadium he talks about euthanasia, sharing knowledge he has gained from years of talking with different people who have chosen this path. He emphasizes that he doesn’t speak for anybody else—only himself. He points the circumstances which he believes euthanasia has to be an option and gives us his insights about how the Canadian law, even though he thinks it might have a good intention, became too broad, which can be dangerous under certain circumstances. 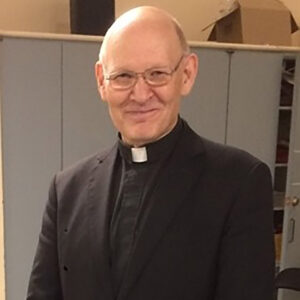 Milénio Stadium: As a Christian you have a unique approach towards euthanasia. Why are you in favor of the procedure?
Michael Coren: This is a topic it must be dealt very carefully and very selectively because I deal with a lot of people in great pain and suffering and that doesn’t mean their life should be ended, but if someone is in such despair, in such pain and they know there’s little time left and that it will only get worse then I think they have the right to say “I’d rather leave” at this point instead of suffer for another one month, or two or three for the sake of it. I don’t think it’s the human way to proceed. I’m in favour for a qualified point of view, I think it should be available to people by only under very rare circumstances and that doesn’t mean someone who is depressed, doesn’t mean someone who is going through a difficult time physically but there’s a chance of recovery. It’s mainly for people who knows that death is very close, among two or three months away, and they know the pain is going to get worst and the medications were just making them comatose and with burning existence or people that they just know they’re going to die and it could be in the middle of the night, drowning in their own body fluids, I mean this is terrifying, so this is isn’t for people who are struggling and may survive and it’s not even for people who can die in one year or two. It’s for people who know death is imminent and their last period of time is going to be very unpleasant. You can die with more dignity, there are people who simply want to leave their family while they can still speak to them and say goodbye and they would just rather leave earlier.
The language is important. People use “assisted suicide”, “compassionate homicide”, “assisted death”, but it’s a person making a decision to end their life, but it has to be with a number of doctors, not just one, who has to be highly qualified that agree to this. We have to very careful that it’s not for family pressure, because even if a family doesn’t want someone to die, they can make it known even without meaning to that money is a bit tight and people might think “oh, why am I used to anybody? The nursing home is costing a fortune, I was going to leave this for the kids…”, this isn’t a reason. The way to deal with that is make sure the nursing homes are better and more publicly financed. It’s really for people who know death is coming soon and know it could be terrifying and painful and to give them just that right to end their life in a specific point, but I do worry about how wide this death will be, for example is not for those who have depression or conditions that can be helped with medication.

MS: Canada is often criticized for having one of the world’s most permissive euthanasia rules — allowing people with serious disabilities to choose to be killed in the absence of any other medical issues. What’s is your opinion about the law here?
MC: I don’t know particularly well but I do have some concerns with it. I think it’s too broad. There were very good people evolved but there were also some people with an agenda when it comes to this, so I don’t think many cases have occurred, but I think it has opened the door to cases occurring. I will recline it a lit bit if I could. I would allow it, I would legalize, because people have been to prison for help their loved one ending their lives, even though they were begging for it, and that’s terrible, that’s wrong. But we have to be careful that in reacting to that we don’t make the law too broad, so yes, I do have some concerns to it.

MS: Do you believe this flexible law can somehow encourage someone, or minorities groups such as disable or elderly people, to choose that path?
MC: I’m fairly optimistic that taking case by case, individuals won’t take advantage of it in a wrong way, what does worry me though, its hospitals losing their money, being financially under more and more stress and doctors looking at people in wards and thinking “…this amount of money and this amount of time could be spent in that person and maybe keep them alive, this person there’s no future…should we apply MAID (medical assistance in dying) to that person?”. I don’t know if that’s happening, I don’t know, but it’s possible. I’ve already read about one case like this, I don’t know how common they are. I mean, the doctors I know, I don’t believe they would ever do something like this, but I’ve heard about a case, an anecdotal one, we would never know if it’s true, but it should never be the doctor’s initiative, even if the doctor means well. It must be the patient. It’s about dignity and autonomy. And if you believe in both, the person must have the right to say: “this is my decision”. It mustn’t come from the doctors, that’s dangerous. I believe it must be more than one doctor making that decision, and people who are used to deal with palliative care and elderly, who usually have great compassion.

MS: In 2023, the country is set to allow people to be killed exclusively for mental health reasons. It is also considering extending euthanasia to “mature” minors, which means children under 18 who meet the same requirements as adults. Do you agree with this change?
MC: I really disagree with that. Especially when it comes to mental health, it’s advancing so quickly, there’s medication that we didn’t have a few years ago. I have a friend, of course I won’t mention his name, but he tried to kill himself, more than once, and now he has this wonderful life, he found eventually the right cocktail of medication, and this does happen, I dealt with so many people with mental problems. If someone is physically ill, and the disease come to a certain point, the cancer or whatever it is, and they want to die that’s something entirely different but when it comes to mental health, no, especially younger people, because things change, human changes, so I don’t believe that would be applied f but I worry very much that this would even be considered, I don’t agree with it.

MS: You have already expressed the opinion that “…propaganda has caused great damage around the subject”. What do you mean by that?
MC: On the one hand I think that there’s the idea of what do they call “death penal” in the US, the idea that anyone who says: “Oh, I want to die”, they say: “Ok. Dead”. It not like this, that’s the propaganda. All the propaganda that every moment of life is sacred and it must preserve until the very last moment, which is a nonsense in itself, because some people are kept alive artificially in a certain point anyway and I have to say some of these people are very conservative Christians they’re not against the law or death penalty but they get very upset about this issue and that’s propaganda, it’s a very profound subject to be considerate at every single level, so that’s why I said propaganda has done damage. I think the term “death panel” was coined by American Republicans in a focused group, something like that because it sounded so terrifying. this is an important subject, propaganda doesn’t help.
First of all, quality of life is a very dangerous phrase because I know people who have physical and mental health issues/illnesses and they’re extraordinary and in care homes, I see people with dementia, and just being alive it means they have some dignity and merit, and we have no right to remove them simply because of their condition. You need to spend time with people as they get older and people who are in pain and listen to their stories, it’s not that they always want to go, sometimes it’s really painful and really difficult but they don’t want to go until He takes me. And other times they just can’t take it anymore, while they still have some control they want to go with dignity. There’s another issue: Is allowing someone to die the same as take someone’s’ life? We just have to make incredible sure that everyone’s evolved in this decision is motivated by love, empathy, understanding and never by malice.
Good will leave to certain legislation but then it goes a little bit too far and that’s a problem. 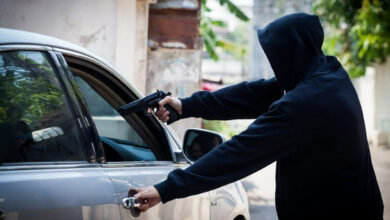 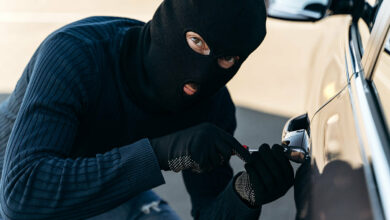 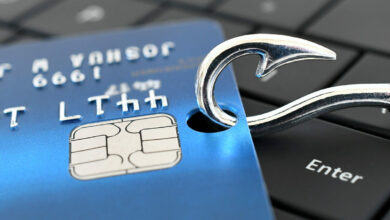 “You must be cognizant of the fact that scammers will always try to get your money, your information, or access to your computers & cellphones” 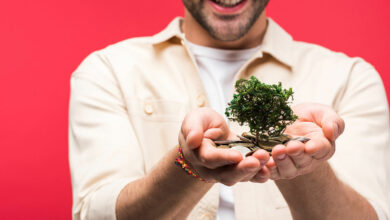