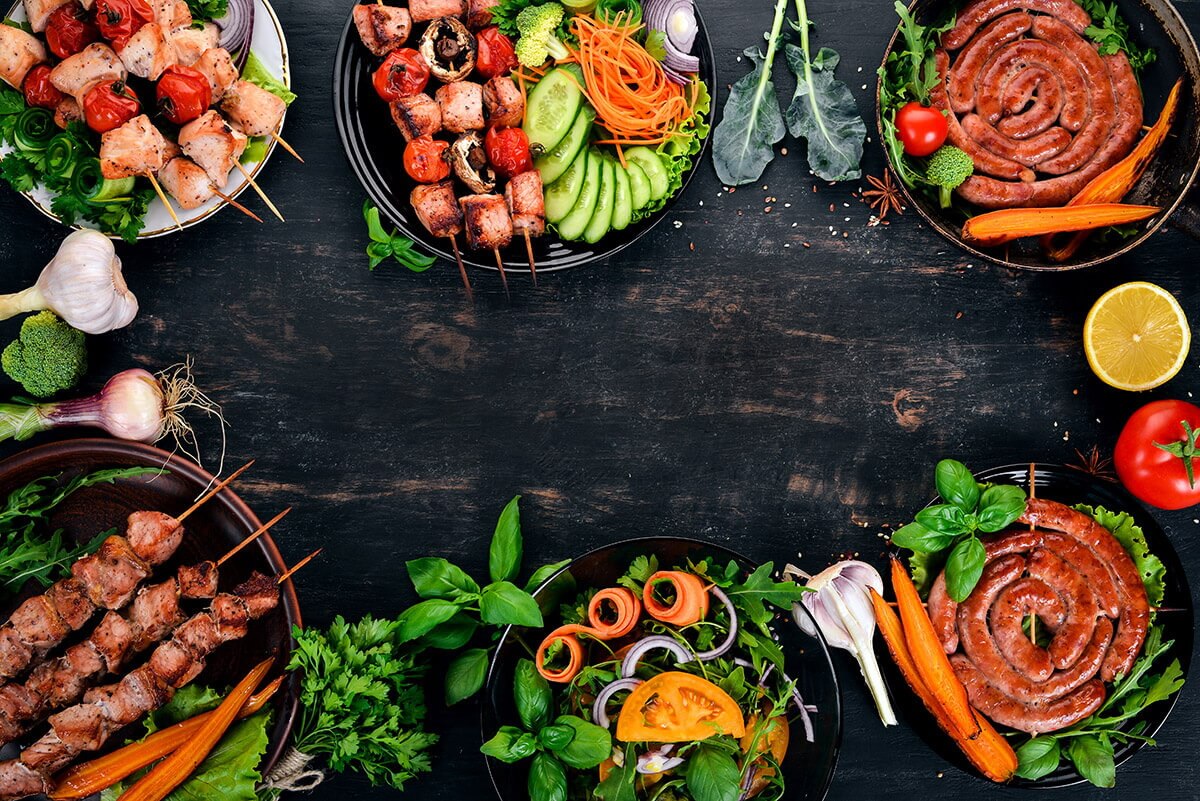 Frank D’Angelo and Mark Ganhão don’t know each other but they share the same passion: barbecuing. They belong to a group which includes thousands of likeminded Canadians—people who take the art of grilling meat very seriously… and let’s not forget their passion for preparing sauces and sides!

In this edition we interviewed Frank and Mark to give us some insight into their barbecue process—their favourite equipment, cuts of meat, tips for food preparation and some recipes. We discovered the backyard chefs shared some similar viewpoints. For example, neither is really into spices or marinades for meats, thinking that simply adding salt is the best way to appreciate the natural flavour of their favourite cut. They also both agree that a perfect barbecue cannot be rushed—you should enjoy the process and let the flames do their part.
Enjoy their tips and take notes… they might be helpful for your next barbecue! 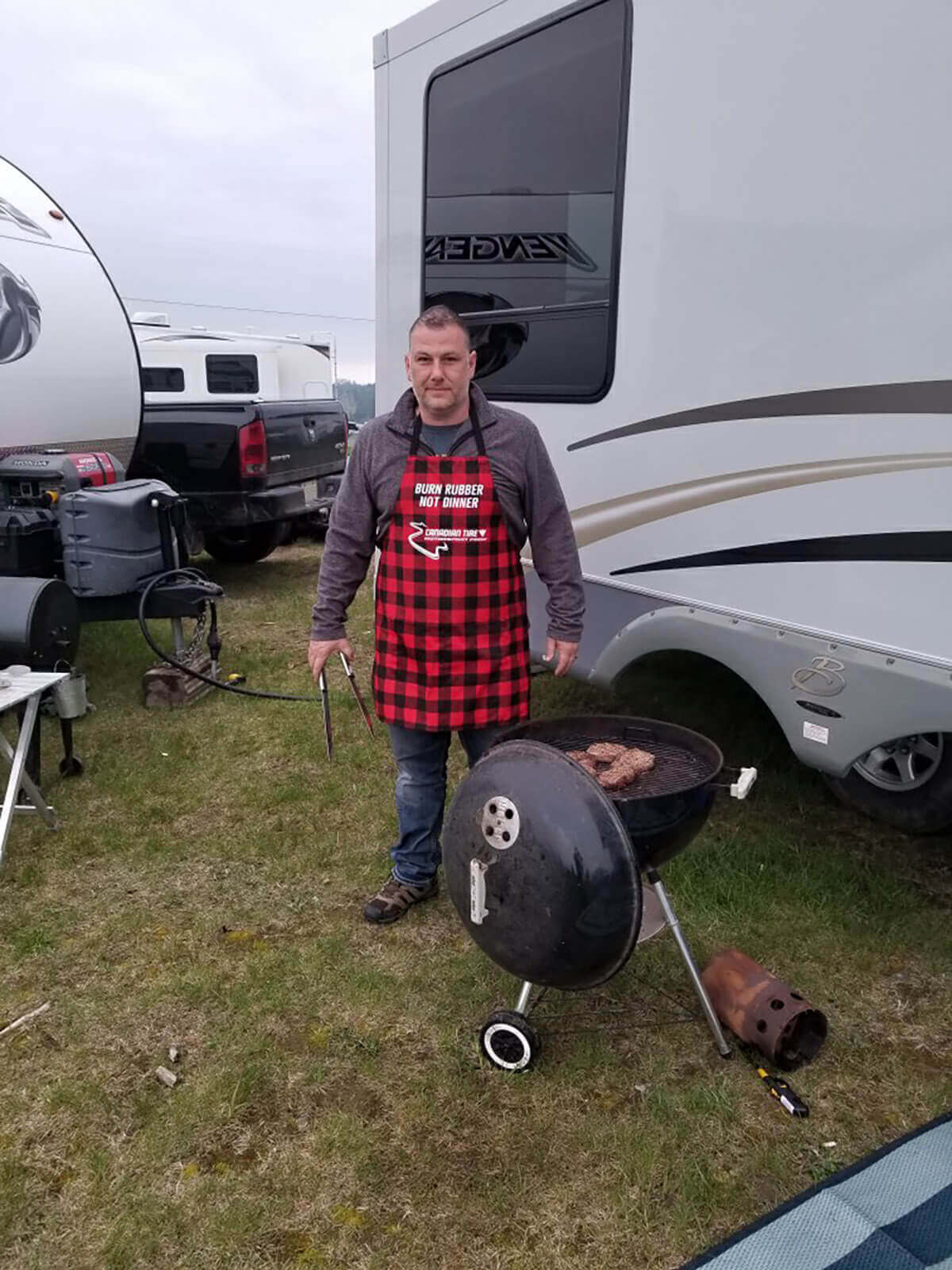 Milénio Stadium: What are the steps or rituals you take to make what you consider the perfect barbecue? Choosing the meat, the techniques you use for the grilling, tell us a little bit more of that.
Frank D’Angelo: There are many forms of BBQ that I like to do like charcoal grilling or slow cooking, grills and tripod suspended grills over coals or open fire. I’ve been a part of a Brazilian BBQ, where you make a ring of fire around large chunks of meat like side of beef, whole lambs, turkeys and pigs. I’ve also tried a Cuban BBQ or China box, where you place the entire pig inside a box made specifically for the type of cook and light charcoal on top as it cooks the meat by raising the interior temperature of the box, but my favourite has got to be smoking!

MS: What are your favourite meats/cuts to grill and why?
FD’A: My favourite types and cuts of meats vary from what BBQ style I’m going to prepare, from ribeye steaks on a hot grill, pork chops and pork steaks on an open apple wood fire and whole chickens butterflied and off set from the coals on a charcoal grill. When smoking I prefer to use meats like the obvious, pork and beef ribs, but also like slow smoking pork butt and shoulder for pulled pork, but I believe every true pit master love smoking beef brisket the best.

MS: Do you have a specific recipe for sauces, marinades or any other tricks that you use when barbecuing for your family?
FD’A: When smoking a brisket or any meat for that matter, the number one absolute most important thing to remember is to have the meat at room temperature before placing it in the smoker. Many people marinate their brisket, but I prefer to have the natural taste of beef, so I never marinate any cuts of beef. Not even steaks! My process is simple really. I lather the entire brisket with mustard. This works and as binding for your rub and helps seal in the juices and its virtually tasteless when finished. I then use a rub, usually one I have bought from local butchers or other well-known BBQ companies like Traeger for example. I then place the brisket fat side down and unwrapped and set my thermometer for 170° as an internal temperature. I also at this point set a timer for 16, yes 16hrs, so you definitely need time to not only prepare the meat prior, but the complete the entire process from start to finish. The smoker I prefer to use in this, and all smoking cases is my Traeger Timberline 1200. I’ll smoke my brisket with apple wood and hickory pellets with a temperature of 225° and I have the Super smoke option, which is great, but if you don’t have that option, it’s not going to ruin anything. Now some recipes and directions will have you wrap your brisket once it reaches 170° with tin foil and some swear on butcher paper, which allows for more breathability and won’t make your brisket too soggy or soft. I prefer to not wrap at all and continue all the way through the cook/smoke. The desired internal temperature when finished is 215-220°. Another step some people like myself like to do is have a spray bottle of apple cider vinegar and spritz your brisket periodically throughout the cook. I like to do this every hour and a half for the first half and every 30 mins after. Once you’ve completed your brisket, the next important step is to allow your brisket to rest. I simply take it off the grill, wrap it in a towel and leave it in a cooler (no ice) until you are ready to slice and eat it. It should rest for at least a couple hours, so again, you cannot be in any rush.

MS: What are the best appetizers, like grilled cheese, veggies or other meats, for a barbecue?
FD’A: My favourite pairings for brisket is usually sliced thin with monetary Jack cheese on a ciabatta bun and smothered with Jack Daniel’s bbq sauce, but it’s also great on its own. Coleslaws and chopped salads also pair well and baked beans go well with pretty much any style of BBQing.

MS: What does barbecue season mean to you? What are the reasons you like it so much?
FD’A: First off, bbq season to me means I get to smoke meats like Brisket, ribs and pulled pork. But as for “bbq season “, I bbq all year long, from the little things like hamburgers, hotdogs, and sausages, to stuffed chicken breasts, shish kabobs and cedar plank salmon. Also steaks and grilled vegetables during fall and winter months. There have been a few Thanksgiving dinners which featured a smoked Turkey on both a charcoal smoker like the Green Egg as well as the Traeger, but I’ll admit that my favourite Turkey is deep fried! That’s just awesome and Turkey rolls, roasted in the oven are fantastic as well. So, in closing, bbq season only means I get to smoke meats and get a little more creative in what we’re serving. 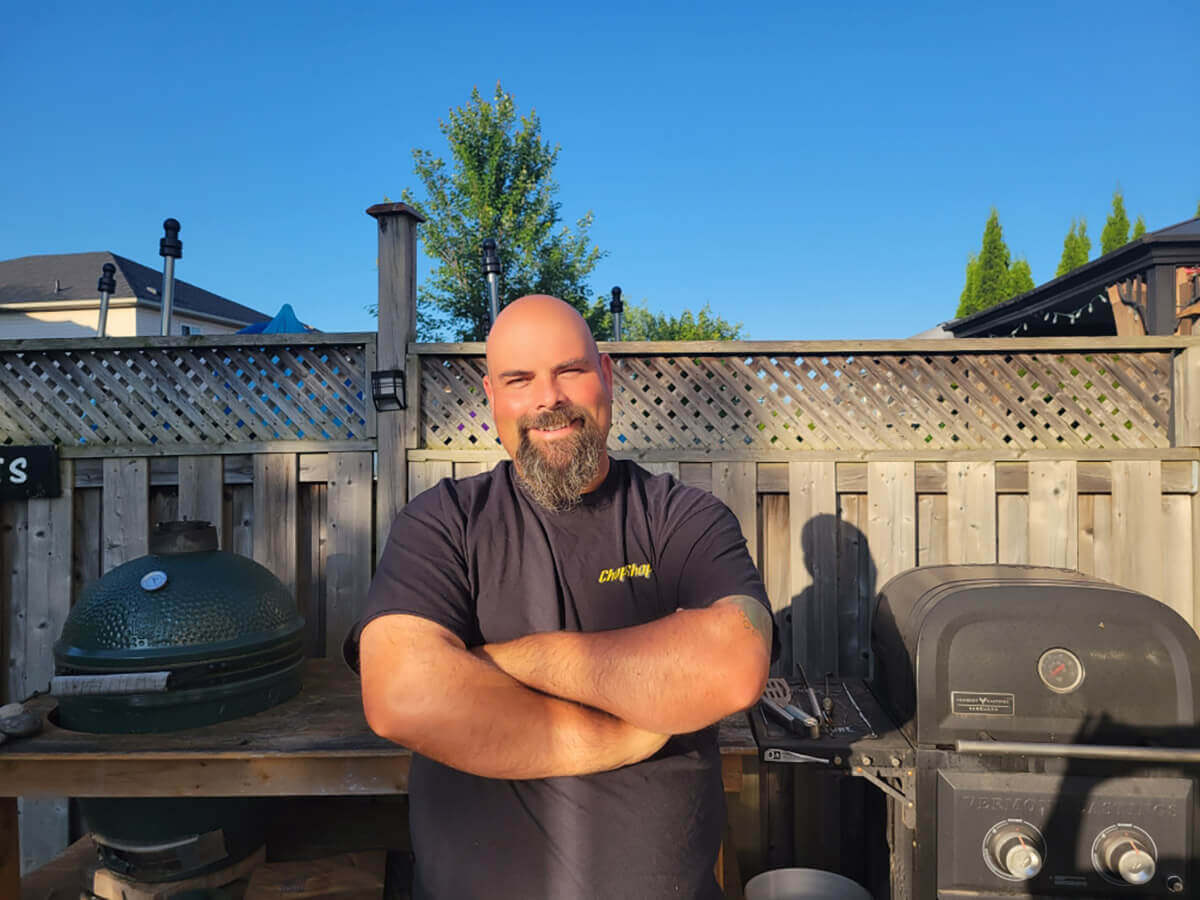 Milénio Stadium: What are the steps or rituals you take to make what you consider the perfect barbecue? Choosing the meat, the techniques you use for the grilling, tell us a little bit more of that.
Mark Ganhão: First, I go to my local butcher. There I choose what I would like to barbecue. If I’m barbecuing that day, I’ll keep the meat at room temperature. If I’m going to barbecue the next day, I’ll put it in the fridge.

MS: What are your favourite meats/cuts to grill and why?
MG: Ok, I have lots of favourites. First off, for beef, It would be picanha. Second, for beef would be rib steak. For pork, I love pork belly or (emtermiada) I also like barbecuing ribs.
I love sausage on the barbecue. Love chouriço, and linguiça. I’d also pick hot Italian and Barese sausage.

MS: Do you have a specific recipe for sauces, marinades or any other tricks that you use when barbecuing for your family?
MG: I don’t really have any recipes. I love the natural taste of meat. I just add salt. Salt really brings out the taste of the meat. For my ribs, that’s a bit different. I boil the in root-beer then put them on the barbecue. It makes them really tender and fall off the bone. I like to add a smoky barbecue sauce. I don’t have a favourite barbecue sauce. I like to change it up with different sauces.

MS: What are the best appetizers, like grilled cheese, veggies or other meats, for a barbecue?
MG: My favourite appetizers I do on the barbecue is bacon wrapped pickles. I use dill pickles and wrap them in normal smoked bacon. They are to die for. Raptor eggs are also good, if you like spicy. You must core out a jalapeño pepper stuff them with cream cheese. I like using Italian sausage filling to make it an egg shape, then wrap it in bacon. Sometimes, I’ll use a 4-cheese dip instead of cream cheese. Veggies are great on the barbecue. I use a veggie basket and I use a veggie seasoning with olive oil. I love baked potatoes on the barbecue. I cut them in half and put butter, salt, pepper, and a slice of onion. I started making twice baked potatoes. These are my kids favourite. It starts the same as my baked potato recipe, but I pull it off the grill and scoop out the potatoes than mix it with bacon, sour cream, cheddar cheese and more butter. Bacon wrapped asparagus is great too. Anything with bacon is good (laughs). I barbecue pizza. I barbecue fish too. I love grouper and halibut barbecued.