Everywhere that l turn, l am bombarded by ads advertising for products that are being billed as beyond meat. Just what is this beyond meat craze? 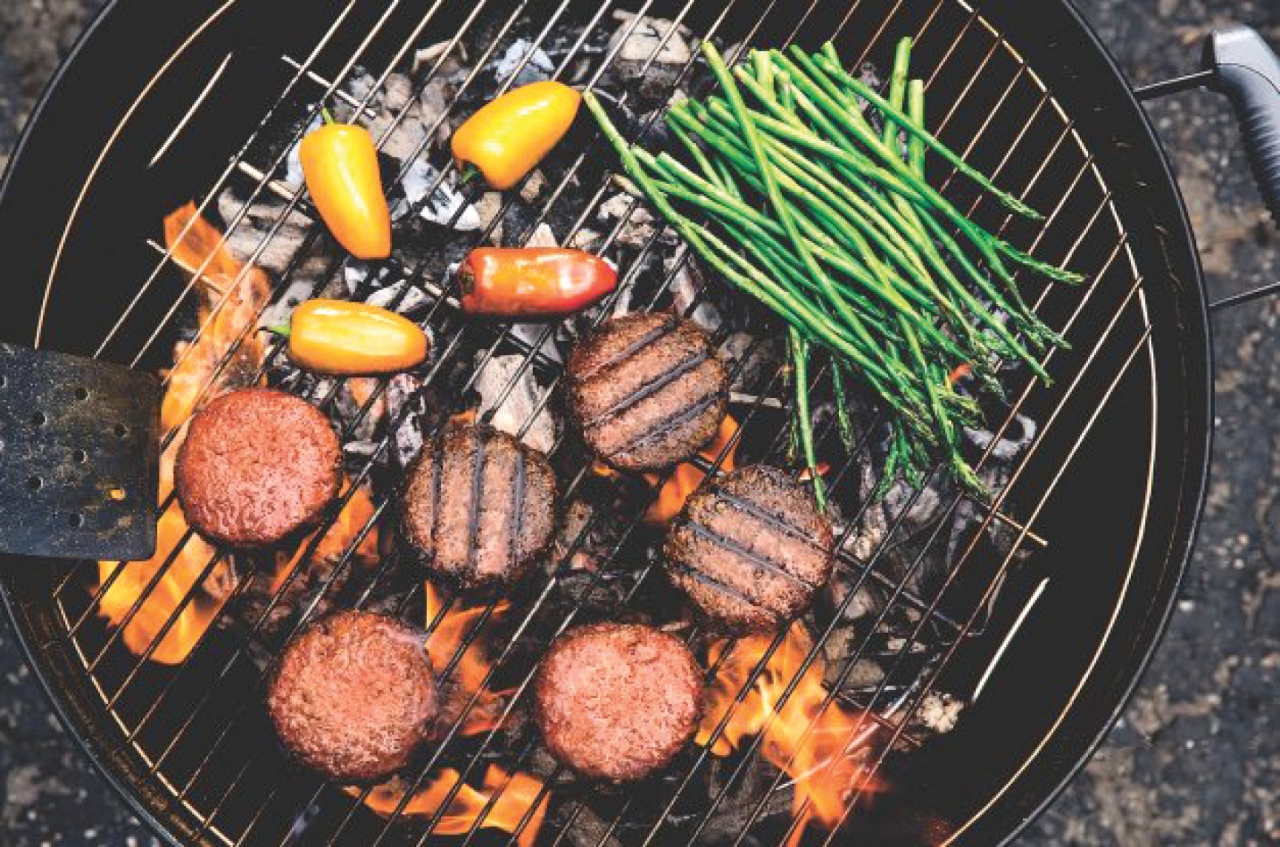 The meatless meat category is facing a renaissance, and legacy veggie burger brands are fighting to stay relevant in the market place. Since beyond meat has arrived on the scene, sales of meat substitutes among the nine largest producers have climbed 56%, according to the Euromomitor International. With more upstarts entering the market, the share among companies is spread thinner every year. Some of the major farm brands have lost about half of its piece of the pie since 2013, even as its sales have grown.

A fresh focus on plant-based meat substitutes has encouraged alternative protein makers to change their recipes, upgrade packaging and invest in new plant-based initiatives. Some brands have extended their scope to meatless chicken, bacon and sausages to further differentiate in an increasingly crowded veggie burger aisle.

Plant-based meat that mimics the real thing is one of today’s buzziest food trends, seeking to attract flexitarians who are trying to eat less meat. The experts have predicted that the plant-based food market will be worth as much as $140 billion in 10 years. Based on these growing trends and growth numbers, companies that choose not to invest in developing better meat alternatives are going to miss out on both the opportunity side of growth and expose themselves to risk. With climate change in the picture, the costs to maintain animal supply chains will become more expensive.

Beyond is the best-known of a whole new wave of deceptively meat-like veggie burgers that have captured consumers imaginations and taste buds. In the United States alone, sales of plant-based meats have jumped 42 per cent between March 2016 and March 2019, to a total of US $888 million. It seems that plant based-dieting has been socially normalized more so than ever. There is a great deal of these products being produced and sold and eaten with lightning speed. Its actually gotten out of control in my humble opinion.

There is so much demand from all kinds of eating establishment and restaurants, these products are at least in about 30,000 restaurants across the country and to deploy these products in such a short time is amazing. It seems that the battle is on between the traditional meat suppliers, and these new innovative beyond meat organizations.

The current meat market suggests plenty of room for growth. As plant-based meats were exploding, the virtue theoretically, of satisfying both the craving for a burger and the desire to cut back on meat consumption. These new companies that produce beyond products have spent many years and lots of R&D dollars to develop this new market place. This industry has spent a tremendous amount of money to try and develop meatless products that will replace meat products and how they are produced.

Thanks to beet juice and pomegranate fruit powder, the beyond burger has a pinkish, raw hamburger hue and, famously, bleed when cut. Thanks to coconut oil, it sizzles and drips in the pan or on the barbecue. Other ingredients are involved to create this beyond meat product which includes pea and mung bean protein, potato starch and apple extract. Its textures are juicy and chewy, even gristly, as your average burger.

These products are also nutritionally comparable to beef, with each four-ounce patty containing 20 grams of protein and 270 calories, but no cholesterol.

This sector is expected to account for 25 percent of the value of global meat consumption.

That could mean big changes for the environment and agriculture as a whole. Plant-based meats could help spur a reduction as l have said in meat consumption. To reach those dizzying figures for market penetration, plant-based firms can’t just focus on burgers. Other than burgers, beyond meat also offers ground beef for making other meat products.

When its all said and done, this new craze is all about trying to make plant-based meat that is virtually indistinguishable from animal meat.

But is all this change good for you?