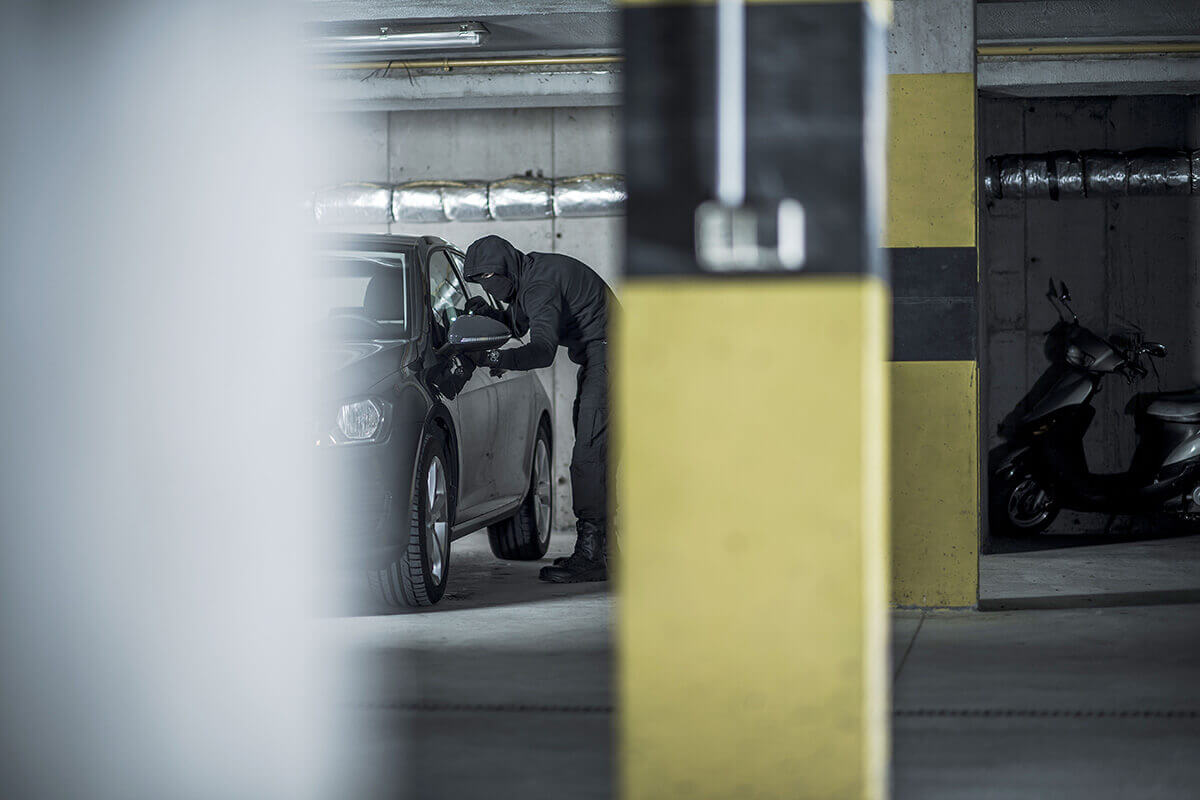 Both incidents have been happening quite frequently in our safe city of Toronto with no real end in sight. Most folks believe that calling the police is useless as they never get to you on time when you need them. The police don’t really have any answers these days and dealing with the insurance companies is a total nightmare.
On a personal note, l have a friend whose SUV was taken from his driveway in broad daylight and the thieves don’t care about being spotted or seen on camera. The attitude of these thieves is one that life has no value, and you will be shot on sight if you resist. My friends experience has been a huge hassle with the police coming to his home three hours after the truck was stolen and their answer was calling your insurance that this is a very common occurrence. Well, let alone not getting a response from the police, the insurance company experience was even worse.

Toronto police say that a new investigative unit appointed to address organized crime will formally begin operations this week with an initial focus on a rash of violent carjackings which have taken place across the city. The launch of the new investigative unit comes in the wake of a series of carjackings in the city, including one targeting Maple Leaf’s star Mitch Marner outside an Etobicoke movie theatre a couple of weeks ago. Many of these criminals are hired by others that distance themselves from the street element, but the organized crime and their associates are where the police need to look.

We are coming off a provincial election, and very little has been said about these crimes or how to combat them….it will be very interesting to see what position John Tory assumes regarding these crimes. Safety needs to be at the top of any political agenda for all levels and all levels of government, because without a safe city, you will be afraid, and fear leads to anarchy. When a city goes into fear and panic, the normal flow of commerce is disrupted and getting around in a safe and secure fashion starts to become harmful to the psyche of the city and its people. Trudeau’s announcement this week about guns is a step in the right direction…he introduced new legislation to freeze handgun ownership, to freeze the sale and transfer of handguns in the country as part of a strict gun control proposal introduced this week by the government.

The proposal would also create a new red flag law, which would allow a court to prohibit people deemed a threat from owning firearms and allow the government to take away firearms licenses from individuals who commit domestic violence or criminal harassment. Trudeau has said the handgun freeze will prevent individuals from bringing newly acquired handguns into the country or from buying, selling or transferring the firearms. Canada reported one million registered handguns in 2020, an increase of 71 percent from ten years earlier.
Doing my own straw poll with folks that are in the know, the gun violence and the carjackings are of major concern and most feel that nothing is being done. I’m told by friends that are in the security business, that up until these cases, that the police had no one working on solving these crimes. But these recent crimes has made Toronto police redeploy additional officers to form a new, dedicated team to address the most recent crime spree.

Police Chief James Ramer says the police force relocated approximately $2.3 million to assemble an Organized Crime Investigative Support Team that will begin to patrol the streets over the next couple of months. Hopefully, this small move will curb some of these issues and create a bit of a safer city. Unfortunately, this police chief is on his way out and these issues continue to fall through the cracks. This mayor needs to step up and redeploy additional help where it is needed. This issue needs to be front and centre and we should all ask our politicians to be accountable about this out-of-control issue.

Mayor John Tory issued an open letter last week to the federal and provincial governments, calling for additional resources for Toronto police. In the letter, Tory said all levels of government need to work together to improve public safety in the city. This is the one thing that l do agree with the Mayor that these issues needs to be tackled by all levels of government. We need to collaborate with the OPP and RCMP and make sure that all levels of communications are open regardless of who or what party is in power.

The way that the United States of America is going, the divide of the right against the left has escalated to heights that have never been seen before because of racial tension and disrespect. Freedom or suppression of speech has caused many to defend themselves and guns, in their minds, is the only way to protect yourself and your family. The good old boys’ mentality of packing a gun has gone to another extreme and we are all caught up in the gun smoke.

Archie Bunker, an old character that had a show called “All in the Family” was once asked how you solve crimes and at the time planes were being hijacked very frequently…. his answer…. give everyone a gun and when someone tries to shoot you, take out that gun and shoot them.
An eye for an eye….