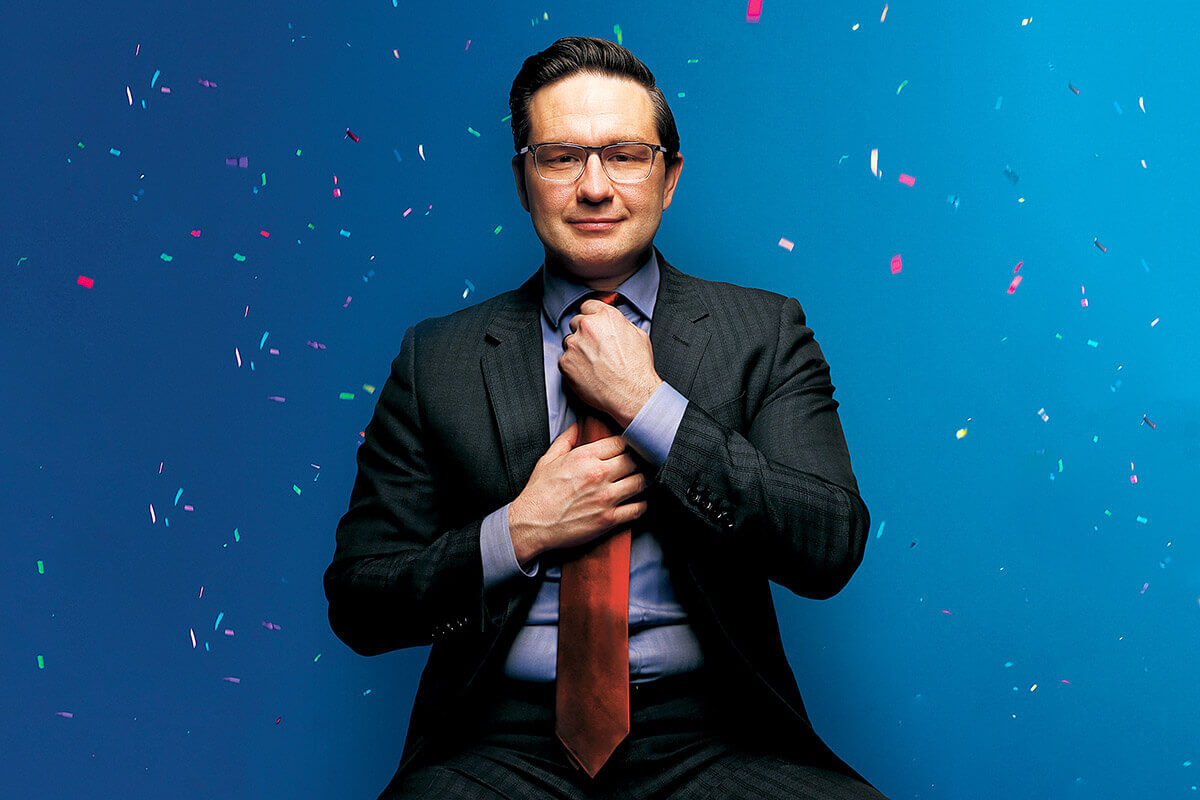 Pierre Poilievre is the new leader of the Conservative Party of Canada, securing victory on the first ballot after a record-setting and divisive leadership campaign. After a seven-month campaign, the long-time MP and former cabinet minister from Ontario won the election decisively, securing close to 23,000 of the just under 38,000 electoral points up for grabs. Mr. Poilievre secured support across the country, coming in as members first choice in almost every riding.

Much of Poilievre’s success is due to the effectiveness of his campaign’s ground-game organization in spreading his message and mobilizing supporters. His campaign not only featured a substantial social media presence and well-attended rallies, but broke records in fundraising and memberships sold. As with the final results, his closest competitors dragged far behind. This is important for what it says about the support of existing Conservative members and elites. This had been made clear by several endorsements, including former PM Harper. The former rime minister had not publicly supported any candidate in the prior two races.

That helped to further legitimize the strength of Poilievre’s appeal and provide further assistance to the campaign’s organizational effectiveness. What accounts for this widespread success, and what does it mean for the future of the Conservative Party? Poilievre’s appeal hasn’t just appealed to committed partisans; it’s also generated a degree of excitement among voters with no prior conservative leanings – especially young people.
Poilievre provided a general and coherent leadership appeal that provided a conventionally conservative set of diagnoses and prescriptions of Canada’s pressing problems, legitimizing conservative priorities that include smaller government, economic development, open markets and more individual freedoms. There was something for many Canadians in his platform. He also spoke of a desire among many Conservative partisans for a more assertive, positive and ideologically conscious conservatism. The electoral losses of previous Conservative leaders Andrew Scheer and Erin O’Toole were arguably in part due to the party’s attempt to present itself as a moderate, Liberal lite choice for voters.

The new conservative leader in contrast made an effort to encourage voters to be proud to be conservative, championing rather than merely defending conservative principles. He provided an actual alternative to the Liberals instead of trying to appeal to voters via moderate messaging. His win suggests his strategy worked and the party is unified. The discussions of a centrist conservative movement, perhaps even split from a party lead by Poilievre, were premature. And given his populism and strong attacks on Prime Minister Justin Trudeau, Poilievre could attract People’s Party supporters back into the fold, although leader Maxime Bernier is likely to continue to challenge the leader’s credentials as a real conservative and has already warned he’ll skew to the left after winning the leadership. At the same time, diminished, the Conservative Party’s divisions among more traditionalist and libertarian supporters. This will continue to pose a challenge for Poilievre, given the Liberal Party’s historic and continuing eagerness to take advantage of those divisions.

Once its all said and done with the conservative leadership…. l feel that he now needs to appeal to all across party lines. Mr. Poilievre can appeal to a greater mass especially young folks where he is seen as the next cool leader. He has a great opportunity to take this momentum and translate it into votes. He said all the proper things to win the leadership which in my opinion is always the tougher thing to do and now the real work begins.
Note to Pierre Poilievre….

The Liberal’s under Trudeau should not be underestimated. Liberals and their political operatives know how to win elections. Even though this past week, Justin Trudeau announced to his cabinet that he will be seeking the next federal election as it’s leader and be leading the party into battle against Poilievre, it still needs to be seen if he goes through with it. Words that need to be said by Trudeau as he does not want to be a sitting duck. On the other hand, my political estimation is that Trudeau will run again, and he will not be an easy candidate to beat. The Liberal movement especially with ethnics and young folks is a rock-solid support for the liberals and if Poilievre goes too far to the right, it could hurt his chances.

The one biggest knock against Poilievre is that he may be too far to the right in a country that has traditionally been center left of the political spectrum. However, he can change all that and create a fresh new approach as his previous positions have won him the nomination, which was crucial, because without that …you are nowhere. You have the title, now its incumbent on you to craft your fresh positions for everyone as we need a total cleaning of the kitchen cabinets and bring in some new food.

It’s yours to lose, just made sure the system does not change who you are.

State of the Union…