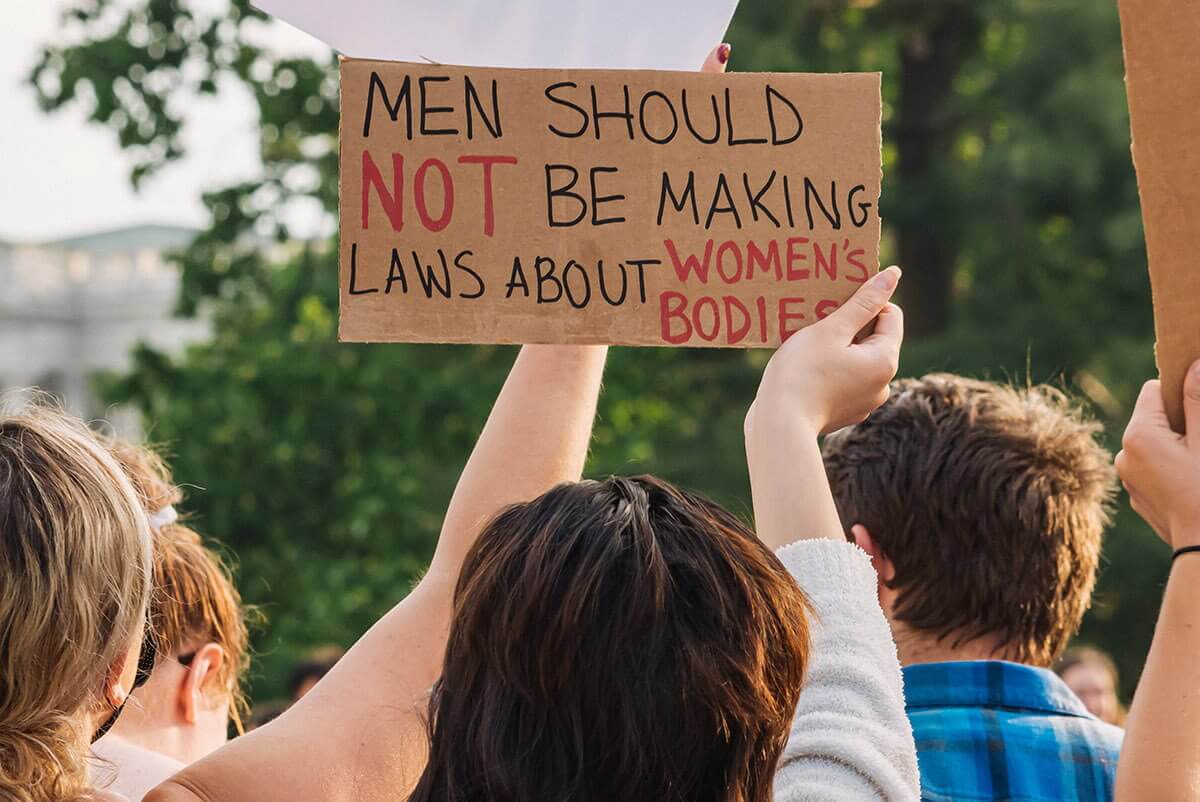 Over the past 18 months we have seen or will be involved in one way or another in three elections…. Federal which recently happened, provincial, where voting is slated for June 2, and municipal this coming fall, 2022. Issues have been approached and discussed, but none more important than the abortion issue. The obvious reason why this topic is on my radar, is because of the chatter south of the border about the Roe v. Wade landmark decision and the possibility of it being overturned by the US Supreme court.

What is Roe v. Wade? It was a landmark decision of the U.S. Supreme Court in which the court ruled that the constitution of the United States protects a pregnant woman’s liberty to choose to have an abortion without excessive government restrictions. In other words, the government should mind their own business, and have a woman choose what she wants to do with her body. On a personal note, l support a women’s choice and it should be her call.

Abortion is an issue that has been spoken about for many years with pros and cons from politicians, government and the church and many other activist groups that have varied opinions on the subject. When the state and the church gets involved, emotions around this topic can become fierce and in many cases in the past have turned to violence. The fight t allow a woman to make a decision about the fetus she is carrying should only be her choice, however, this has not been the case where church and state in many countries stayed firm on their convictions. So, when the United States leaked that the Supreme Court was thinking of overruling the Roe-Wade decision, it sent shock waves throughout the world but especially in Canada.

Are Canada and the United States similar or not in its laws about abortion? Well, abortion was decriminalized by the Supreme Court of Canada in 1988 following R.V. Morgentaler and is treated as a medical procedure in this country. Prime Minister Justin Trudeau said his government is looking at using legislation to ensure a women’s right to a safe and legal abortion will be permanently protected in Canada. Introducing regulations under the Canada Health Act to ensure abortion services were medically necessary and publicly funded was a promise made during the 2021 election but has yet to be fulfilled. In Canada, abortions are typically performed in stand-alone clinics or hospitals, many of which are located in urban centers. This means many who want to terminate a pregnancy have to travel long distances, which is difficult for people who have limited financial resources, lack transportation or childcare, of are unable to take time off work. This procedure can be very complicated and sensitive for women getting the procedure. Abortions are very personal and were normally done in secrecy for many years, because many frowned on the procedure. But over the years it has become more accepted by many and with a lot less opposition.

During elections, politicians that are running usually stay away from this issue, let me explain. Recent polling on abortion has found that 71 per cent of Canadians believe a woman should be able to access the procedure, regardless of the reason. In the U.S., recent polls also show that the majority of Americans support abortion rights. Research also shows that banning or restricting abortions doesn’t stop people from seeking the procedure, but instead forces them to take risks that could jeopardize their health. In Canada, Trudeau has pledged to protect abortion rights but is unable to offer timeline. In most cases, these issues are addressed only around elections and used to gather votes but once re-elected, is this issue is rarely discussed. Most politicians in this country will not take a position yet on abortion and will not give their position because of being afraid of offending someone. There is a silent majority of folks that are against abortion but do not openly speak about it. I do believe that this issue will once again come to the forefront in this country, especially if things change south of the border.

Abortion is the premature ending of a pregnancy. Inducing an abortion was a crime in Canada until 1988, when the Supreme Court of Canada struck down the law as unconstitutional. Since then, abortion has been legal at any stage in a woman’s pregnancy. Abortion is publicly funded as a medical procedure under the Canada Health Act. However, access to abortion services differs across the country. Despite its legalization, abortion remains one of the most divisive political issues of our time.

We are in a world of uncertainty and COVID-19, and will it and is the abortion issue be one of those issues that will be re-opened and changed whereby government acquires the power to control a woman’s body?
And is Roe vs Wade leak in the US just sending out a trial balloon? It will be interesting to see how things unfold over the balance of the year.

Freedom of choice, and freedom of speech is all worth fighting for…. if we can.

How far can you stretch a buck…?

Ford Nation is here to stay…

Is your truck/car in your driveway?