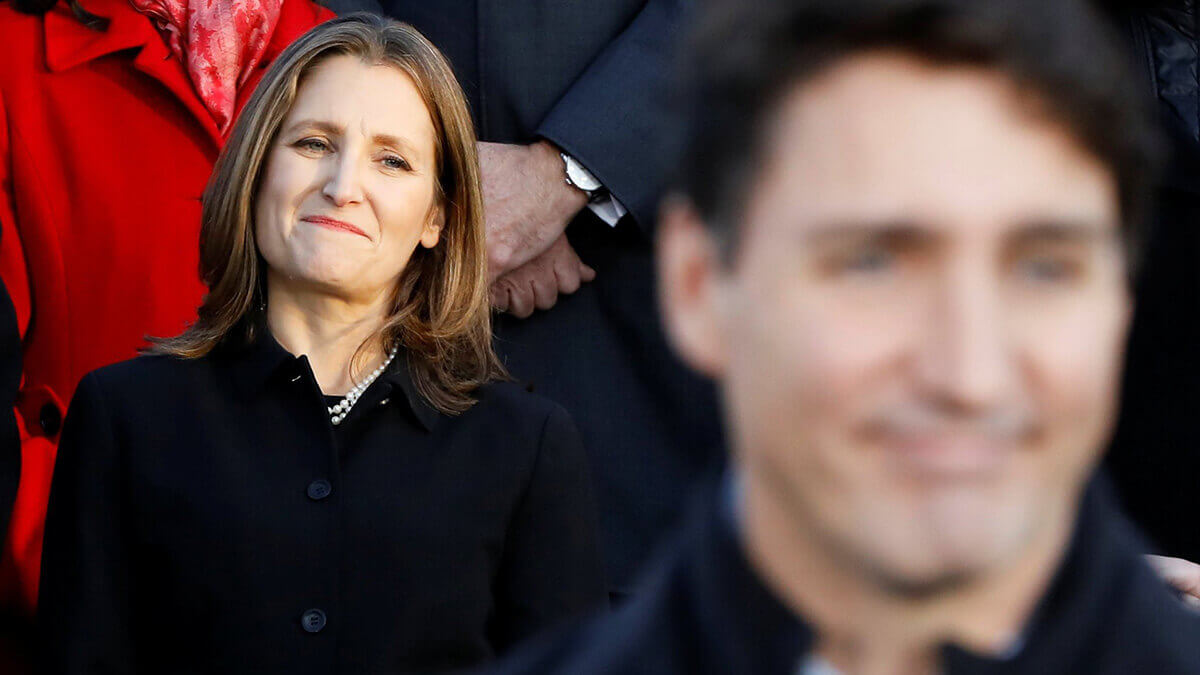 This past week the Trudeau federal government presented its budget to the people of Canada and most people didn’t even know that a budget had been tabled. This budget was so underpublicized that if you didnt look for it…. you would have missed it in the blink of an eye.

Finance Minister Chrystia Freeland tabled the 2022 federal budget on Thursday and there was not very much to report on, but here are some of the highlights….

This government has committed 4 billion dollars over the next five years to launch a new Canada Housing and Mortgage Corporation fund to help cities and municipalities create more affordable housing, and over 1.5 billion dollars over two years to the CHMC’s Rapid Housing Initiative to create 6,000 new affordable housing units with at least one-quarter of the funding dedicated to women focused projects.

Starting in 2023-24 this government has committed 625 million dollars over four years for childcare, to help the provinces and territories build new facilities and make new investments. The new funding is a follow up to the various federal child-care agreements with the provinces and territories after they raised concerns that non-profit and public providers were facing soaring real estate and building material costs. Childcare is always the buzz words to get folks attention on these issues and especially this one where most Canadians can relate to when it comes to their children. Childcare and apple pie always go hand in hand.

One billion dollars has been committed over the next five years, starting in 2022-23, to create an independent federal innovation and investment agency. The measure is designed to spur economic growth and address the fact that Canada is ranked last in the G7 in spending on research and development by business. This is an area where help is well overdue and needs close attention to address our population long term existence. COVID-19 and any future pandemic all need to be dealt with in a quicker manner and we need to bulk up on our own research and development to be able to deal with these pandemics. We need to be less reliant on other countries and more self-sufficient especially when it comes to medical research and production of prescription drugs.
The defense budget got new money with more than 8 billion dollars pledged over five years to better equip the Canadian Armed Forces, reinforce cybersecurity and support a culture of change. The budget contained no road map on whether this would be enough to boost Canada’s defense spending to the NATO’s target of two per cent of GDP, as the alliance works to bolster Europe following the Russian invasion of Ukraine. This civil war between Russia and Ukraine is front and center with everyone in the world and this issue has forced this government to pump more funds into our military. Politically, looks like it’s the right thing to do now, but over time l believe these funds should have been put to better use. We have also committed 1 billion dollars in new loan guarantes for the Ukrainian government through the International Monetary Fund to help keep its embattled government operating.

An interesting twist to this budget is the tax-free first home savings account. This budget proposes to create the tax-free first home savings account, a new registered account to help individuals save for their first home. Contributions to an FHSA would be deductible and income earned in an FHSA would not be subject to tax. The lifetime limit on contributions would be forty thousand and subject to an annual contribution limit of eight thousand. Again, this government is pandering to the young first-time buyers and trying to win over this section of the population. As every budget has a political twist, this one definitely is flying under the radar with plenty of goodies, but not much substance.

On education…. to help make post-secondary education more accessible, the budget proposes doubling the Canada Student Grants amount until July 2023. This will result in up to an additional six thousand per year in non-repayable aid for full-time students in need. There are also plans to waive interest on Canada Student Loans until March of 2023. In addition, enhanced repayment assistance on student loans is being made available to ensure those individuals making forty thousand or less will need to make payments on their federal student loans.

International Measures….a reporting mechanism will be implemented for digital platform operators in respect of certain activities in Canada, such as personal services rendering, rental of commercial or residential property, rental of means of transportation and sale of goods through digital platforms. This measure is applicable to calendar years starting in 2024, with the first reopening obligation occurring in 2025. Amendments will be made to the withholding tax rules on interest to ensure that withholding tax is not avoided on a debt owed to a non-arm’s length non-resident person, by interposing an intermediary as the interest recipient in order to access a favorable treaty withholding tax rate or exemption.

GST/HST… the assignment of an agreement to purchase a new home from a builder will be subject to sales tax whether or not the individual originally entered into the agreement with the builder for the purpose of occupying the new home as a place of residence. Applications for assignment entered into one month after budget date
I have tried to give you a snapshot of what the important issues are that may affect you or your family, but as l said, a no nothing budget…but be prepared for more future taxation that this government if covering up. The tough years are still ahead with this newfound comedy act of Trudeau and Singh.
But will this act close out the show?