My mother died of breast cancer a number of years ago and I was fortunate enough to be able to spend the last two weeks of her life next to her, in palliative care. During that time, I learned a great deal about life, friends and family. In those two weeks many people visited my mom, some, I hadn’t seen in many years. Most, including myself, came clutching to hope and positivity. Many brought with them fresh fruit, yogurts, soups and other little goodies, in an effort to bring the light back into my mother’s eyes. It often worked. I would always happily tell the doctor, who visited once in a while, if she had managed to eat a whole yogurt that day and he would listen to me with a bitter-sweet look on his face, nodding, and then gently state that although it made us happy, it really made no difference for my mom.

She couldn’t really speak any more, her lungs didn’t allow for that. She resembled an innocent child. I remember thinking that many times throughout my stay with her. She was helpless, but I hoped she was happy not to be alone. Her communication was limited to mostly gestures and a few whispers, and, sometimes her sense of humour would still peek through. It was when it was just the two of us in the room that she would sometimes express her will to leave. She was tired of it all and ready for the inevitable. I didn’t know how to respond to that, so limited myself to trying to console her. In my mind, even with the knowledge that she was in a place from which patients never leave alive, I couldn’t help but cling to false hopes of “a miraculous recovery”, that maybe doctors were wrong about her imminent end. Whenever she managed to eat a bit, we would all be elated and would celebrate the accomplishment, knowing, deep down, that the fanfare was only to try and lift her spirits, but, looking back, I think it was also for our benefit. I kept lying to myself right up until she drew her last breath. I remember thinking about that at the time, “who am I thinking about, her, or me?”. Nobody wanted to see her go, but she was tired of being debilitated and in pain, admittedly ready to leave and yet, I refused to accept it.

Should we have a choice over whether we live or die under circumstances such as these? I think the more appropriate question is who are we to make that decision? Many people in hopeless health situations can be kept alive for lengthy periods of time with pharmaceuticals. Is that the best option? For whom? I don’t think the topic of assisted death is at all a simple one, but I also don’t understand how there can be so much foot-dragging over whether we “allow” someone who is suffering, without hope of recovery, to do with their life as they see fit. A person in that position doesn’t care about what other people think, they’re beyond that. It’s only natural, I think, to resist losing a loved one, but that’s exactly what’s wrong with this picture, we don’t want to lose that person, but, in fact, it’s not about us, is it? It’s about the person who is living the tragedy and wants to be done with it. It’s futile and, arguably cruel, to not allow them their choice to free themselves of the burden. It’s not a simple matter, we, as humans, value life, and assisting in someone’s death, under any circumstance, may feel like murder, but again, it’s not about us. It’s tough for several reasons, for people to wrap their heads around the concept. Religion is probably one of the biggest reasons for this, but, I believe, the only ones we should be listening to are the victims, who are on the front line and without hope.

There are, fortunately, countries that have spearheaded the move forward on this matter, and Canada is one of them, having introduced assisted dying legislation back in 2016. In Portugal, I believe it’s getting close. The issue has gone before parliament and it will soon be a non-issue, under certain guidelines. The process of applying for the right to die is still difficult in itself, though, one must apply and be evaluated, a demeaning process. I don’t believe that the process can ever be a simple one, not just due to society’s reluctance to the issue, but pain and anguish, both physical and psychological, is very subjective and difficult to gauge from the outside. We can never walk in the shoes of a person in that situation, so how can we judge them. 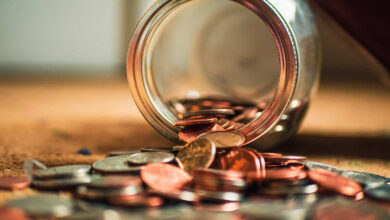 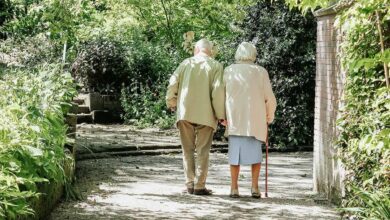