Since it was first revealed in China in December 2019 it has cost the jobs of millions of workers throughout the world creating the conditions for an unprecedented economic and social crisis. 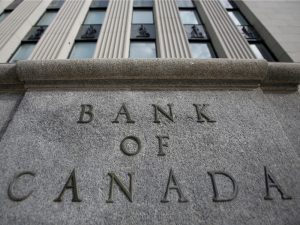 The International Labor Organization (ILO) has warned that millions of workers will join the ranks of the unemployed over the next several months and the crisis will be far worse than the 2008-09 global financial crisis which left 22 million people unemployed. The International Labour Organization (ILO) is a United Nations agency with 187 member countries. It is one of the oldest agencies of the United Nations and dates back to the League of Nations following World War I. ILO has played a major role in the development of international labour law and has raised concerns regarding child labour and the promotion of gender equality in the labour force.

The United Nations’ labor agency suggested the coronavirus could claim up to 24.7 million jobs, according to ILO estimates. In addition, the requirement that countries restrict the movement of citizens has already caused a decline in global economic activity, particularly in the manufacturing and service sectors.

Additionally, the ILO states that the strain on income due to the decline in economic activity will devastate workers and force millions into poverty.

Central banks around the world are lowering interest rates, as part of emergency measures to support and stimulate the global economy. Canada Cuts its interest rate to 0.25% in an emergency move. The Bank of Canada slashed its benchmark interest rate by 50bps to 0.25 percent in an emergency meeting on March 27th 2020.
The U.S. Federal Reserve is taking emergency action to buoy the American economy, as the disruption caused by the novel coronavirus raises fears of recession and a credit freeze in financial markets.

The United States central bank announced on March 15th a series of comprehensive measures, including the reduction in its benchmark interest rate by a full percentage point to effectively zero. The central bank also bought US$700 billion in Treasury and mortgage securities.

Meanwhile, governments around the world have also been introducing financial packages to help buffer the impact of the coronavirus on workers and businesses.

The Canadian government has unleashed the full power of the state and has pledged open-ended support that may result in the largest government intervention in the economy since the Second World War. Unfortunately, Canada’s economy is suffering a double shock. The pandemic has forced widespread business closures and oil prices are devastating the energy sector; especially hit is the Alberta economy.

The unemployment rate likely doubled in the past two weeks after the pandemic forced widespread business closures. And tanking oil prices are devastating an energy sector that once accounted for about a 10th of output, with crude so cheap companies are virtually giving it away. On March 25th the Canadian Parliament approved an $82-billion emergency coronavirus support package. In the United States, Congress passed a $2 trillion stimulus bill to respond to the coronavirus pandemic. In a historic vote, the Senate voted 96-0 for the package in a rare bipartisan move.

It is hoped these measures will lessen the economic impact of the pandemic, but nobody really knows what will happen to the economies of the world. The figures by the ILO are only estimates.

Central banks are also doing their part. Around the world many are lowering interest rates, as part of emergency measures to support and stimulate the global economy and in addition to the financial packages introduced by governments to help buffer the impact of the coronavirus on workers and businesses. The report by the ILO notes that the rising levels of unemployment are expected to result in lost income in the range of $3.4 trillion.
Governments around the world need to act to protect workers and avoid an economic recession that may lead to a depression never seen in last 100 years. Millions of people are already out of work and the worst is yet to come.