The twenty-first century has seen the pervasive persecution of Christians in predominately Muslim states, and in the case of ISIS terrorist this persecution has risen to the level of genocide. In many parts of the Middle East, there has been an exodus of Christians over the past two decades, according to a 2019 report commissioned by British Foreign Secretary Jeremy Hunt, “[m]illions of Christians in the region have been uprooted from their homes, and many have been killed, kidnapped, imprisoned and discriminated.”  Hunt’s report states that “the inconvenient truth” is that “the overwhelming majority (80%) of persecuted religious believers are Christians.”

Recent attacks on churches in Pakistan, where eighty-five people died when two suicide bombers rushed the Anglican All Saints Church in Peshawar in 2013,  and in Kenya, where an assault on a Catholic church in Wajir left one dead and two injured, have horrified us all.

Between 2006 and 2010, Christians faced discrimination in 139 nations.  In addition, approximately 100,000 Christians have been killed every year for the past ten years, in what the Center for the Study of Global Christianity at Gordon-Conwell Theological Seminary in Massachusetts calls a “situation of witness.”  This can only be described as a slow genocide in places such as Iraq and Pakistan.

On October 31st, 2010, Islamic militants stormed the Syriac Catholic cathedral of Our Lady of Salvation in Baghdad, killing a total of fifty-eight people, including the two priests celebrating Mass.  Most of the casualties were believed to have resulted when the gunmen detonated two suicide vests after Iraqi commandos blew off the doors and stormed the building. The Iraqi television station received a call from the Islamic State of Iraq, claiming responsibility for the attack and demanding the release of prisoners in Iraq and Egypt.

Since the beginning of the 2003 U.S.-led invasion of Iraq, over sixty-five Christian churches have been bombed and attacked. Before the invasion, Iraq boasted a flourishing Christian population of at least 1.5 million. However, today the number of Christians is estimated at less than 400,000.

The most limited yet most severe form of repression of Christians in Muslim-majority countries is active persecution perpetrated by government and terrorist groups. This is most clearly evidenced by the actions of ISIS against religious minorities in Iraq and Syria. But in many Muslim countries, apostasy (the abandonment or renunciation of a religious or political belief) is also punishable by death. There are many Christian converts who have been incarcerated in jails from Afghanistan to Pakistan for professing their Christian faith.

In Saudi Arabia, the small Christian population is constantly harassed, and their inequality under the law is clear.  In Iran, proselytizing (the act of attempting to convert someone from one religion, belief, or opinion to another), is punishable by death. Similarly, apostasy (the abandonment or renunciation of a religious or political belief) is also punishable by death, not just in Iran but in many Muslim countries. To date, there are many Christians in prison for converting from Islam to Christianity.

In Iran, there are widespread raids on the private homes of Christians, and detentions and arbitrary arrests of Christians. The Christian population, which comprised 0.9% of the country’s population in 1970, has been reduced to 0.35% today.  Given the many human rights violations faced by Christians in the region, many have sought to leave.

In March 2016, then U.S. Secretary of State, John Kerry, officially recognized that ISIS’ atrocities against Christians, Yazidis, Shi’a Muslims, and other religious minorities in areas under its control amount[ed] to genocide, crimes against humanity, and ethnic cleansing. This recognition was supported in resolutions of the United States House of Representatives and Senate. The United Kingdom Parliament also subsequently acknowledged ISIS’ genocide against Christians. The U.S. Commission on International Religious Freedom (USCIRF) made a finding of genocide in December 2015. A report by the Knights of Columbus concluded that ISIS is committing genocide against Christians and other religious groups in Syria, Iraq and Libya.

In Nigeria, the militant Islamic movement Boko Haram is held responsible for almost 6,700 deaths since 2014, including 800 fatalities last year alone.  The movement doggedly targets Christians and their churches. In some cases, Boko Haram seems set on driving Christians out of certain regions of Nigeria.

Religious freedom remains the most problematic of all human rights, and customary international law is therefore vital in protecting religious liberties given today’s hostility towards religious freedom. 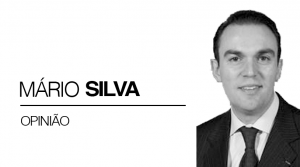