Toronto police Chief Mark Saunders says 2018 was “incredibly busy” for the department because so many people lost their lives, but he expects 2019 to be different.

Speaking to reporters at police headquarters Thursday morning, Saunders said the past year was “unique” because of the van attack in April and the Danforth shooting in July. The two mass casualty events helped to push the homicide rate to a record level, he said.

“This was a unique year. I’m certainly not looking for another like that in the foreseeable future,” he said at a year-end news conference.

There have been 95 homicides in Toronto so far this year. The previous record for the most homicides in a single year was 89 set in 1991.

Saunders said the Toronto Police Service is hiring more officers, which should make a difference, and the force hopes to improve its relationship with all communities in Toronto.

Bringing the homicide numbers down means rebuilding trust and restoring accountability, he said.

Gun violence, along with modernization of the force, continue to be priorities for the police, he said. 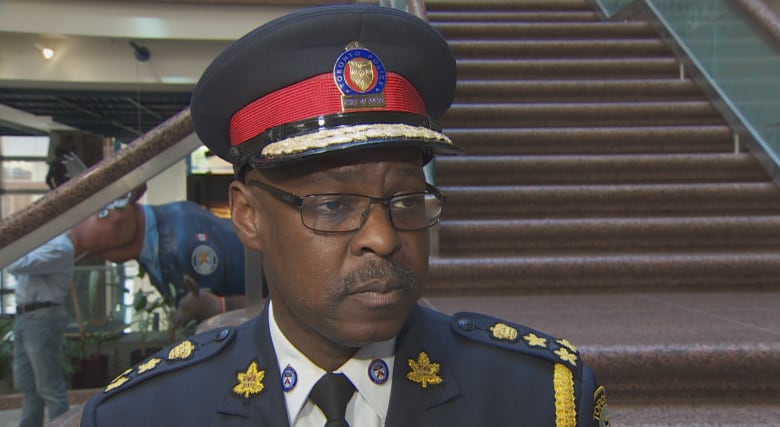 ‘The general public really felt stung by the two mass casualties, back to back,’ Saunders said. There have been 95 homicides in Toronto so far. The previous record for the most homicides was 89 in 1991. (CBC)

In a brief overview of the year, Saunders said gun violence is a challenge for the city, because the number of the guns coming into the city.

He noted that the public perception of safety has changed in Toronto because of the van attack on Yonge Street in North York on April 23 and the Danforth shooting on July 22, but he stressed that the city, as a large urban centre, continues to be safe.

“The general public really felt stung by the two mass casualties, back to back,” he said.