As Sobia Zahid helps her son Ayyan draw a “tree of life,” she tells him in sign language to present his artwork to the workshop group with his brother Ammar and his sister Maryam.

Together, they explain their journey from Pakistan to Canada, pointing at words written along the roots, branches and leaves of their masterpiece. Interpreters sign and speak so that everyone attending can follow along.

Zahid says that before coming to Canada in 2016, she was desperate to communicate with Ayyan, who is hard of hearing. Ayyan is the only person in his family to have the condition. That’s why it was such a relief when they were referred to Silent Voice Canada last September.

A shy Ayyan hides his face as Zahid explains how the midtown Toronto-based organization strengthened their family’s bond by teaching them American Sign Language. Silent Voice’s programs gave Ayyan a way to express himself and connect with his siblings.

“I’m so happy to learn,” Zahid said. “[Silent Voice] helped my son and they also helped my older son and daughter.”

A first for Toronto

On Saturday, Silent Voice held its first-ever art therapy workshop. It was hosted by PAH!, which provides mental health therapy for deaf and hard of hearing children in Milton, Ont.

The purpose of the workshop is to build family connections and help children express themselves. Erin Barr, clinical lead at PAH!, says she’s found art to be a powerful way to bring parents and their kids together.

Barr said PAH! is the only program in Ontario that provides this kind of support for children. While legislation confines much of PAH!’s work to Halton region, they are able to host free events in other areas.

Barr says she feels PAH! is obligated to give Ontario’s deaf communities access to their services whenever possible.

The Canadian Association of the Deaf (CAF) estimates there are about 357,000 “culturally deaf” people in Canada, meaning those that use sign language to communicate. Meanwhile, CAF says there could be as many as 3.21 million hard of hearing folks nationwide.

A trailblazer for supporting deaf children

Kelly MacKenzie, executive director of Silent Voice, notes that while mental health services are available across Ontario, providers struggle to provide quality care when relying on interpreters to communicate with patients.

If she had it her way, Toronto would use a model built off the PAH! program and scale it throughout the city.

“Between the PAH! model and [youth] walk-in clinics, a future in Toronto would be a combination of that but it would be targeted at deaf and hard of hearing kids,” said MacKenzie.

Registered therapist Carrie Cardwell is hard of hearing herself and worked for PAH! for more than 12 years. She now has a private practice in Toronto specializing in art therapy.

Cardwell says she has noticed that the city has been slow to adopt specialized support for deaf children at a young age.

“There were no services for deaf children specifically in Toronto, there still aren’t,” Cardwell said in a phone interview, listening through her hearing aid.

Were she to have had access to an organization like PAH! or Silent Voice growing up, Cardwell says she would have felt more confident and embraced her condition. Communicating with fellow deaf children and building a sense of community should be a priority in care, she adds.

Ideally, Cardwell would like to see more collaboration between mental health services and organizations like Silent Voice. It’s critical to advocate for deaf and hard of hearing children to make those in power listen, she says.

“Deaf children don’t have a voice.”

Putting the PAH! in Queen’s Park

For Mackenzie’s part, she plans to leverage PAH!’s success by creating a walk-in pilot using a similar model. The hope is that she will be able to take the data from that pilot to the ministry of health and obtain funding to expand the project further.

“We’ve even surveyed and said ‘If we were to do this kind of thing, would you want it? Would you need it?’ And they’re like, ‘Oh my god, yes,'” Mackenzie said.

“The gap is there and people want it filled. They’re desperate for it.”

Following the workshop, Ayyan looked relaxed and cheery as he walked out of the office with his rolled-up artwork tucked under his shoulder. His mother said they won’t stop coming to Silent Voice’s events anytime soon. 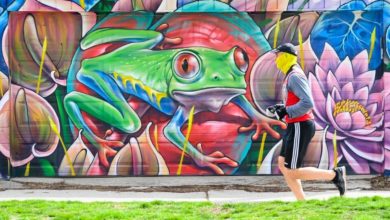 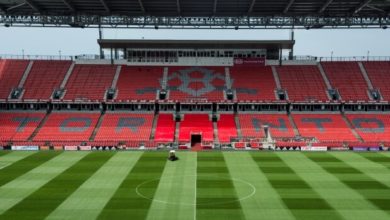 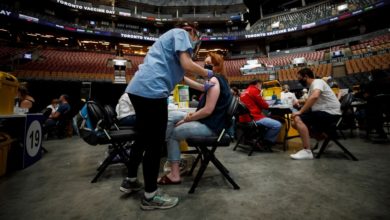