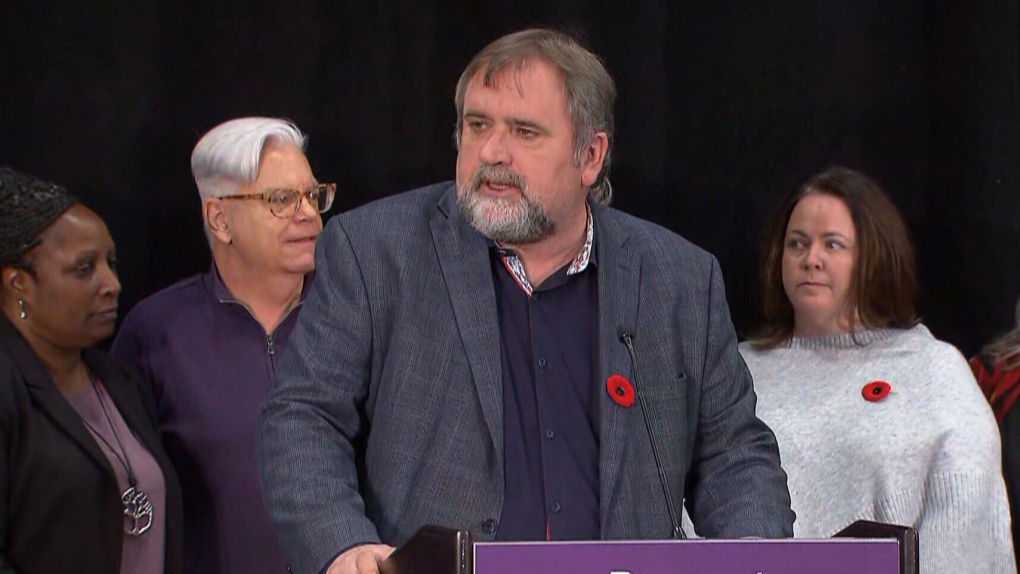 The union representing 55,000 education workers across Ontario is committing to end their mass walkout on Tuesday after Premier Doug Ford offered to rescind the legislation that made the strike illegal.

CUPE Ontario School Board Council of Unions President Laura Walton said Ford agreed to put his commitment to repeal the legislation that made the Ontario education workers’ strike illegal in writing.

“We have received and can confirm that the premier will introduce and support legislation that will repeal bill 28 in its entirety,” Walton said.

Earlier on Monday morning, Ford said he was willing to rescind the legislation that made the Ontario education workers’ strike illegal if their union was willing to stop their mass walkout.

This is a breaking news story. Previous coverage continues below.

Ford said he is outstretching this “olive branch” to the Canadian Union of Public Employees (CUPE) as an invitation to return to the bargaining table.

Negotiations between the two parties have been at a standstill for over a week. Education Minister Stephen Lecce refused to look at a counteroffer CUPE put forward last week unless they took strike-action off the table.

But now, as schools across the province close for a second-school day, Ford said he is willing to be “flexible” and make a “fair deal” that offers more help to lower income workers.

Introduced in the Legislative Assembly last Monday by Lecce and passed late Thursday afternoon, the “Keeping Students in Class Act” makes it illegal for CUPE’s education workers to go on strike by using the notwithstanding clause to override parts of the Canadian Charter of Rights and Freedoms. It also imposed a four-year contract on them.

“Students have been through so much. They don’t deserve to be caught up in the middle of these negotiations. What they need and deserve is to be back to catch up on their learning. For the sake of our students, CUPE please accept this offer. Take strike action off the table and let our kids back in class,” Ford said.

Lecce stood behind the premier during the Queen’s Park news conference, but he did not speak at the podium.

Speaking to reporters after Ford’s news conference, Peter Tabuns, interim leader of Ontario’s New Democratic Party, said the government has the power to get students back in classrooms.

“I think the pressure on the premier is going to be huge, to actually make things happen to bring the legislature back, to get rid of the legislation, and to actually put a fair deal on the table, something that would resolve this crisis,” Tabuns said.

A source has told CTV News Toronto that “nothing is off the table” at this point and that CUPE is looking at what actions other members, outside of the education sector, can take, including a larger political protest.

Over the weekend, the Ontario Labour Relations Board held a hearing to determine the legality of that job action. A ruling is expected Monday.