But some critics say the budget isn’t actually balanced with almost $80 million the city is counting on unconfirmed, and there isn’t enough spending to address the city’s crumbling roads and social housing.

With taxes and rates combined, council approved an operating budget of $13.34 billion and a 10-year capital budget plan of $40.67 billion. The budget, hailed as “responsible” by Mayor John Tory, passed by a vote of 22-4.

Tory said the budget preserves and invests in city services, including the TTC, Toronto Police Service and Toronto Public Library, while keeping the property tax increase at the rate of inflation.

“When you look at the commitment the budget does make to significant increases or to significant maintenance of funding — not cuts — and increases in many cases of these programmes … we’re spending hundreds of millions of dollars this year to help, and rightly so, people who are struggling,” Tory said.

Tory pointed to investments in transit projects and housing in particular.

“I’m proud this budget includes funding to speed up work on the relief line by at least two years and to begin the Housing Now plan to build 10,000 more housing units on 11 surplus city-owned sites.”

$79M not yet confirmed, critics warn

Council voted down several attempts to raise property taxes above the rate of inflation or add new taxes.

And some of the mayor’s critics on council raised concerns that some of the money used to balance the budget isn’t a sure thing — pointing to $79 million in funding or savings that are not yet confirmed, including $45 million the city is hoping to receive from the federal government for refugees.

Coun. Gord Perks called on his colleagues to add another property tax increase of two per cent, saying it would boost services that help low income people, and shore up the city’s infrastructure.

“We’ve been told the number of potholes [will increase]and the drive-ablity of streets will decline,” Perks said.

“We’ve been told important programs to help young people to get out a violent life aren’t being funded, the list goes on and on.” Perks’s motion was voted down.

The federal government has promised $114.7 million in additional funding to help cover costs related to housing asylum seekers nationwide but it’s unclear how much of that money Toronto would receive and when the city would get it.

Council also approved a 10 cent TTC fare increase, a 2.2 per cent increase for garbage collection and a three per cent water rate increase. 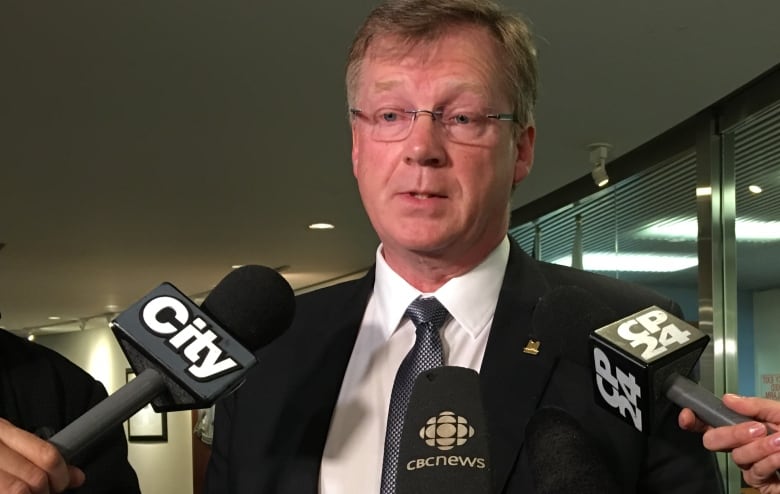 “We know how important these services are to Torontonians, and I’d like to thank everyone who made their voices heard through this budget process.”