Tory called the Ontario Line “viable,” even though it’s still in the early stages of its development. The major transit project, he said, would provide “real relief” for the city’s existing subway lines.

The mayor said Wednesday the only way to get transit built quickly is for the city to be a partner at the table with the province.

“We have defended our TTC, we have found a way to move forward on transit expansion and to invest in improvements in our existing system, and we have done so with an increased financial commitment from the provincial government,” he said.

“That is tremendously good news for the residents of the city of Toronto.”

Premier Doug Ford drew up the Ontario Line earlier this year. It’s set to run from Ontario Place across the downtown core and up to the Ontario Science Centre and cost some $10.9 billion to build.

While Tory said he’s happy with the agreement reached with the province, it will still require city council’s approval. More details about the agreement can be found in this newly-released city document.

Tory said the proposed subway upload would have broken up the system in a way that wouldn’t have worked for the average rider.

At a press conference Wednesday, MP Kinga Surma, associate minister of transportation, said there is “no time to waste” on the region’s transit file.

“Our city’s transit system is years behind where it should be,” she said.

Province will take on capital costs of 4 transit projects

If approved, the move would re-allocate nearly $3.8 billion in federal infrastructure funding the city has already acquired to build transit.

City documents show $660 million will go toward building a three-stop subway extension of Line 2 to Scarborough — the Ford government’s preferred vision for the project.

The city will also provide $3.16 billion worth of federal dollars for the Ontario Line.

The province has also agreed to pay for the capital costs associated with building the Eglinton West LRT expansion and extending the Yonge subway extension north of Finch.

“If Premier Ford is serious about bringing rapid transit to Scarborough, we strongly advise he put transit riders first and work with the city to ensure a replacement is in place as soon as possible,” she said.

Provincial Minister of Transportation Caroline Mulroney told reporters Wednesday that she can “understand people’s skepticism” that the projects would get finished by those dates. But she also stressed that it’s unusual to have the city and the province in agreement on a project of this magnitude. In a letter sent to Tory last week, Mulroney called the plan a “historic arrangement between our governments.”

“I think on our end there’s a feeling of optimism about getting shovels in the ground,” she said Wednesday.

Mulroney also noted that under this proposal, the existing subway system would remain the city’s responsibility, while the four new expansion projects would fall under the province’s purview.

Under the new cost-sharing arrangement, city staff say, city hall won’t be expected to provide any portion of the capital costs of those capital projects. Instead, city transit dollars will be spent on other projects or state of good repair costs.

The province will also consider reimbursing the city for money it has already spent.

“Today is a good day for our TTC,” said Coun. Jaye Robinson, who also serves as TTC chair.

“The TTC will now have an additional $5 billion for investment in urgently-needed capital projects to improve capacity and enhance service on the existing network,” Robinson said.

Shelagh Pizey-Allen, who heads the group TTCriders, said in a statement that city council should insist on stronger conditions on integrated fares, clear timelines, and public consultation and ownership before supporting a transit deal with the province.

“Before City Council rubber-stamps a deal with Premier Ford, they must guarantee that any new transit lines are built without delay, integrated with the TTC for a single fare, respect community concerns with meaningful public consultation, and be publicly delivered and owned by the TTC,” she said. “Mayor Tory promised to oppose a bad deal.”

TTC officials are set to hold a Wednesday afternoon news conference to release more information about the plan.

Ford, meanwhile, will take questions from reporters in Kenora, Ont. 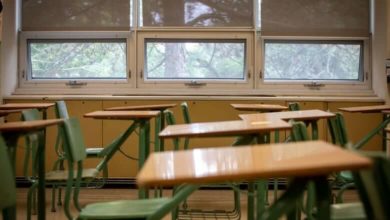