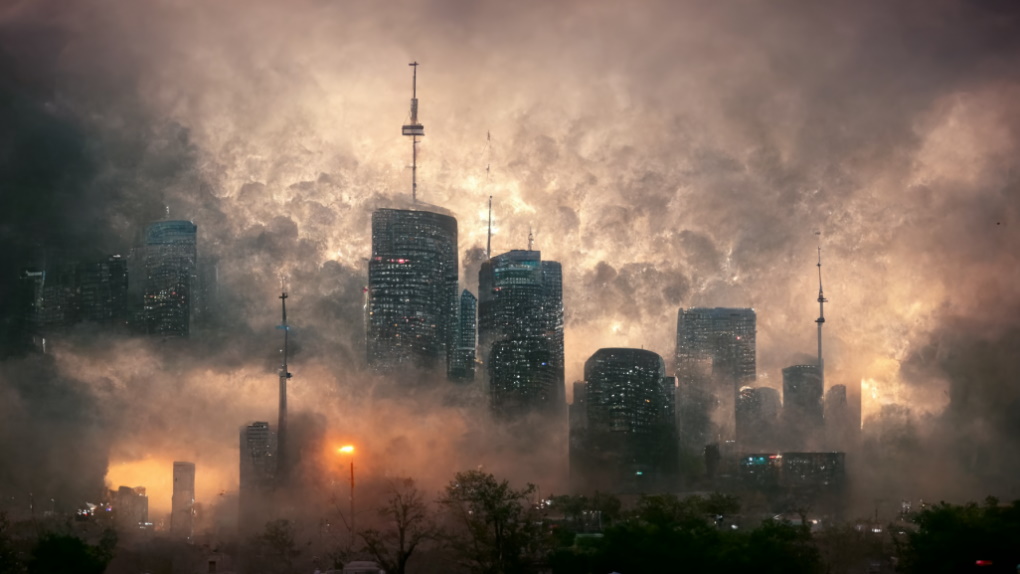 Canada has developed a plan to achieve net-zero emissions by 2050, along with many other countries, meaning they won’t produce more emissions than they can absorb from the atmosphere by that year. But what will happen if they don’t meet this goal?

As world leaders descend on Egypt for the annual climate conference known this year as COP27, experts warn that the world is not on track with meeting previous emissions-cutting goals.

Most countries aren’t even close to keeping their commitments made in the 2015 Paris Accords, which called for keeping global warming below 2 C or ideally 1.5 C, according to a report released in April by the United Nations Intergovernmental Panel on Climate Change (IPCC).

Net-zero climate experts at the U.K.-based price comparison company Uswitch used an artificial intelligence (AI) tool called Midjourney to find out what major cities in the world would look like 70 years from now in the worst- and best-case climate scenarios.

To uncover the potential consequences of not meeting climate goals, the green energy team collaborated with the research director of Oxford University’s Net Zero initiative to analyze emission data and the latest IPPC report to “identify how each country will be most affected by climate change in 2100.”

Aiming to achieve a net-zero status by 2040, Toronto has one of North America’s most aggressive goals for tackling global emissions, established after a climate emergency was declared in the city in 2019.

Fossil fuel consumption in Toronto homes, businesses and automobiles would have to be entirely phased out over the next 20 years in order to achieve the net zero by 2040 objective, according to the municipal government. This is necessary since climate change is predicted to make Toronto’s weather hotter, wetter and more intense in the coming years.

“AI anticipates a dark and gloomy Toronto that has extremely visible pollution affecting the city’s skyline. However, if the city council and the people of Canada contribute to making these changes then the image on the right could resemble a more positive outlook,” according to a Uswitch release. 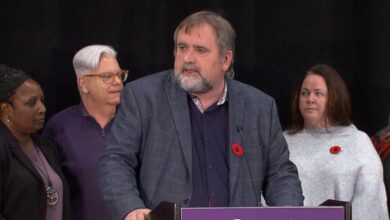