Toronto police say they arrested 37 people at a protest in the city’s west end that disrupted GO train service on Tuesday.

Twenty-five people have been released unconditionally, police said on Twitter on Wednesday.

Twelve out of the 37 were charged with mischief. Police said an additional seven charges under the Rail Safety Act were laid against the 12 already criminally charged.

Earlier on Wednesday, police said they moved protesters from the tracks behind Lambton Arena, near Dundas Street West and Scarlett Road, after officers encouraged them to leave peacefully.

“Most protesters were cooperative. Arrests were made when necessary,” police said on Twitter.

“Our goal is always public safety and we will continue to work with our public and private sector partners to maintain the integrity of the city’s critical infrastructure,” police added.

About 40 people blocked the tracks in the area for several hours overnight. Hundreds of other people stood alongside the tracks in support.

Police said they were called to the demonstration on Tuesday to keep the peace.

Organizers say blockade was in solidarity with chiefs

At about 3 a.m. ET, a large number of officers walked over to the protesters on the tracks and told them they had a few moments to leave on their own. None of them left. About five minutes later, police moved in and took everyone off the tracks, one-by-one.

Some protesters were carried out.

According to Rising Tide Toronto, a grassroots collective, the rail blockade was established in support of the Wet’suwet’en hereditary chiefs who oppose a natural gas pipeline that will cut through their traditional territory in B.C.

The chiefs are in negotiations with the federal and B.C. governments over the RCMP presence on their land.

The collective said the blockade was also organized to show solidarity with the Tyendinaga Mohawks who staged a rail blockade near Belleville, Ont. Ten protesters were arrested at that blockage on Monday. A small encampment remains a short distance from the original blockade.

The Toronto blockade led to a major service disruption of GO train service on the Milton line. Service was first suspended, then it resumed with a detour in place that added about 30 minutes to each affected trip.

Police have not released the ages or sexes of the protesters. Police also have not said how many officers were there and for how long. 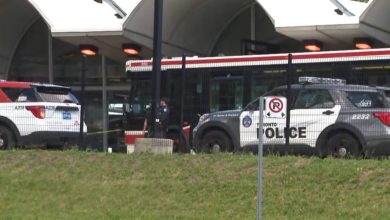 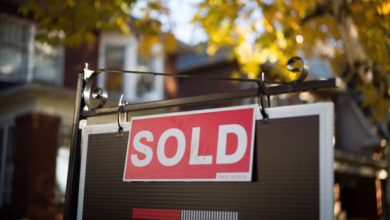