Metrolinx says Toronto police are investigating after a noose was found at an Eglinton Crosstown LRT construction site on Wednesday— the second time a noose has been found at one of the project’s sites since last summer.

The first noose was found at a site near Dufferin Street and Eglinton Avenue West, the location where Fairbank Station, one of the stops on the light-rail route, was being built in July of 2020.

Anne Marie Aikins, a spokesperson for the province’s regional transit agency, told CBC Toronto she was notified by Crosslinx, the construction company managing the project, that workers found a noose on the site on Wednesday at the Leaside Station, construction site.

In a tweet, Ontario Transportation Minister Caroline Mulroney said she’s aware of the situation and that the ministry is working with Metrolinx.

“Racism and hate, in any shape or form, will not be tolerated in Ontario,” the tweet reads.

Metrolinx CEO Phil Verster said the agency has been assured that Crosslinx is taking the incident seriously and is cooperating with the police investigation.

“At Metrolinx, we value and celebrate diversity and inclusion and were appalled to learn about this abhorrent act at a Crosslinx construction site,” said Verster in a statement.

The most recent discovery comes after a series of hateful acts and messages were found at four different construction sites since June of 2020.

In total, there have now been eight nooses discovered on four different construction sites in Toronto since June of last year.

A racist message was also discovered in a washroom stall at a construction site at Michael Garron Hospital in East York in October, a site where a total of four nooses have been discovered since June.

A Toronto man has since been arrested in connected with two nooses found at that site as part of a “hate-motivated mischief and criminal harassment” investigation.

A noose was also discovered at 81 Bay St., and another one at a site in Regent Park last summer.

In his statement, Verster said when the person or people responsible for this “despicable act” are identified, they will be banned from working on any present or future Metrolinx projects.

“Racism, bigotry and hate, in any form, will not be tolerated under any circumstance,” the statement reads.

“Whether it’s inside an office, at a station or at a construction site, we fully expect all of our employees and contractors to create safe and inclusive spaces and to treat each other with respect.” 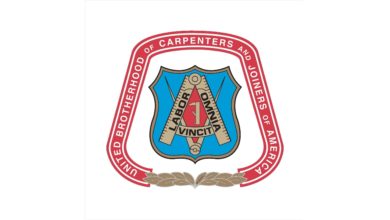