A second arrest has been made in connection to the alleged armed abduction of Wanzhen Lu in Markham, according to York Regional Police.

Hashim Abdullahi, 33, made a brief court appearance Wednesday morning and is charged with kidnapping, forcible confinement, assault with a weapon and assault.

He was taken into custody after officers executed a search warrant at a Brampton residence on Tuesday, police said in a news release.

Another man wanted in connection with the alleged kidnapping, Adbullahi Adan, 37, turned himself into police yesterday and remains in custody. Adan had been the subject of a Canada-wide arrest warrant and he was wanted on four charges including kidnapping, forcible confinement, assault with a weapon and assault. He already appeared in court and his case was put over until Friday.

Both accused have been ordered to have no contact with Lu or with one another.

Lu, a 22-year-old Chinese international student, was in a Markham underground parking garage on March 23 when three masked men hopped out of a van and forced him inside. One of them was armed with a conductive energy weapon, commonly called a Taser, according to police.

Lu was found three days later on a rural road in Gravenhurst, Ont., some 200 kilometres away from Markham, after he turned up at a residence in the area and asked for help. 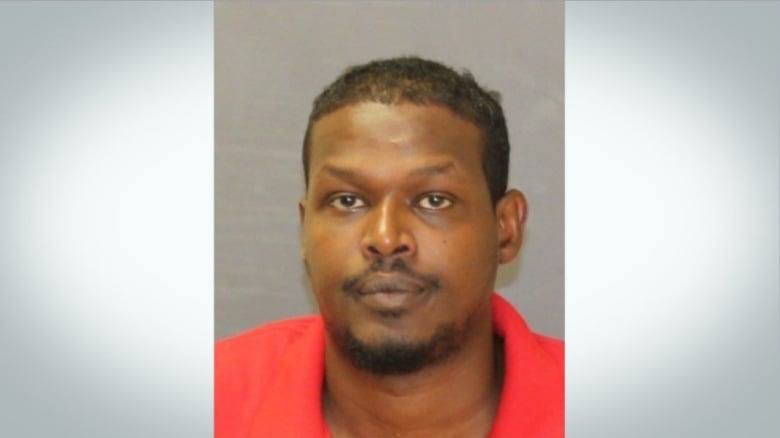 Abdullahi Adan, 37, of Toronto, is one of four suspects wanted in connection with the abduction of a Chinese international student north of Toronto on Mar. 23. (York Regional Police)

“The investigation is still ongoing,” the news release said. “York Regional Police will continue to dedicate significant resources to find the additional suspects, as they are still at large and are considered armed and dangerous.”

Police revealed this week that demand for ransom was made in the case. Investigators wouldn’t confirm any details of how or when the ransom demand was received, or the amount sought, but Const. Andy Pattenden did say that it was “made late into the investigation.”

Police have yet to reveal details about why Lu may have been targeted.

CBC Toronto has confirmed that he owned a unit in the condominium building where he was allegedly taken. Records show he purchased the unit outright in 2018.

Police had also previously confirmed that Lu drove several luxury cars. There are liens against him in connection to four vehicles: a Ferrari 488 GTB, a Lamborghini Huracan, a Rolls Royce Wraith and a Land Rover Range Rover Velar, which documents show he was leasing.