The Toronto Raptors’ season is over, the defending NBA champions done in by turnovers. Jayson Tatum had 29 points while Jaylen Brown added 21 and the Boston Celtics beat Toronto 92-87 on Friday night to take the best-of-seven Eastern Conference semifinal 4-3.

The Celtics move on to face the Miami Heat in the conference finals, while the Raptors head into an off-season of uncertainty unlike any other. Fred VanVleet had 20 points, while Kyle Lowry 16 points, and Serge Ibaka finished with 14 off the bench for the Raptors.

It was yet another rough offensive night for Pascal Siakam, who led the NBA in scoring this season before the league shuttered on March 11 due to COVID-19. He played like a shadow of himself after the restart, and had 13 points and 11 rebounds in the decisive loss.

Norman Powell chipped in with 11 points for Toronto. But the Raptors played like the ball was slathered in butter, committing an uncharacteristic 18 turnovers. Those turnovers led to 31 points for the Celtics.

Boston had Toronto’s number for most of the season, winning three of four meetings in the regular season to set up what was expected to be a hard-fought series. The seven-game slugfest — between division rivals who somehow had never met in the playoffs — didn’t disappoint.

Game 7, appropriately, was a see-saw battle, the lead changing hands 11 times before the Celtics took a 72-71 lead into the fourth quarter. The Celtics opened the fourth with a 7-0 run punctuated by a horrible turnover by Siakam, who’s struggled mightily since the league restarted. A running dunk by Brown had Boston up by eight barely two minutes into the quarter.

A VanVleet deep three and Siakam’s tap-in pulled Toronto to within four, but then the Raptors unravelled due to turnovers. A pair of Tatum free throws stretched Boston’s advantage to 10 points with 4:51 to play.

A Siakam free throw and finger roll by Lowry pulled Toronto to within four with 1:55 remaining.A pair of Lowry free throws made it a two-point game but the Raptors’ six-time all-star, who played brilliantly through the series, fouled out of the game with 35.4 seconds left.

Grant Williams missed two free throws, then VanVleet air-balled a three-point attempt with 12 seconds left, and it was game over for Toronto. It was the Raptors‘ first Game 7 appearance since Kawhi Leonard’s buzzer-beater against Philadelphia lifted Toronto into last season’s conference finals.

Boston won Games 1, 2 and 5. Anunoby’s jaw-dropping buzzer-beater to end Game 3 salvaged the series for the Raptors, who went on to take Game 6 in double overtime.

After Leonard bolted for the L.A. Clippers last summer, virtually no one picked the Raptors to go this far. But, despite a slew of injuries, they finished second in the Eastern Conference, rebounding from the league’s four-month pause for COVID-19 to pick up where they left off in the Disney World bubble.

Now the Raptors head into an off-season of uncertainty. While every post-season break comes with free agency questions, the immediate future of the league is ambiguous right now. While the NBA hopes the 2020-21 regular season can start in December, the coronavirus could wreak havoc with next season as well.

The Raptors, who had won their previous three Game 7 appearances, came out flat and trailed by 12 points early. But Nurse went to his bench quickly, sparking a 20-4 run capped by a VanVleet three, and Toronto took a 27-26 lead into the second quarter.

The Raptors started to rush their offence in the second, turning the ball over seven times for 13 Boston points. The Celtics had a 15-2 run that turned Toronto’s seven-point lead turned into a six-point deficit, and the Raptors went into the halftime break trailing 50-46. 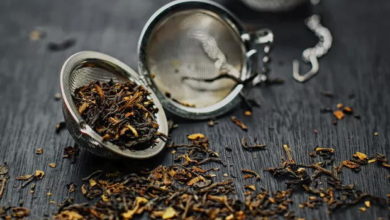