It’s Thanksgiving weekend in America, and the NFL delivered. With the usual three games in the books from yesterday, fans are still left with a fantastic amount of quality football this weekend. The Buccaneers are battling a streaking Colts team. The Titans, who were embarrassed badly last week, are looking to rebound against one of the hottest teams in the NFL, the Patriots. The Steelers and Bengals, bitter divisional rivals from Ohio, are battling for a possible playoff wild card, maybe even a division title. The Browns are taking on the Ravens in another NFC North showdown. Of course, there is no bigger game than the game the one showcased below.

The Rams are trying to get back on track after dropping their last two, and the Packers are trying to rebound from their tough loss last week. Both teams are still in the fight for the number one seed in the NFC. This game should be an absolute show, as it’s a playoff-caliber game on Thanksgiving weekend in America.

Another win for the NFL this season is the standings. There usually are one or two teams running away with the #1 seed by this point in either conference.  For whatever reason, there is some parity this season that doesn’t come around often. Arizona leads the NFL with nine wins; behind them are two teams with eight wins, Green Bay and Tennessee;  following closely behind them are six teams with seven wins, Baltimore, Tampa, Dallas, Los Angeles, New England, and Kansas City.  This equates to hopefully what will be a wild finish over the last quarter of the season as teams battle for that valuable playoff bye.

As the saying goes, when the going gets tough, the tough get going. Last week’s performers brought their best when the game called for it. Justin Herbert, who Aaron Rodgers may have outplayed, led his team to victory after their defense gave up twenty-seven points to the Steelers in the 4th quarter. Aaron Rodgers and the Packers lost a close game against the Vikings, so kudos to Herbert for getting the job done. Justin Jefferson, one of the leading wide receivers in all of football, absolutely torched the Packers in helping lead the Vikings to a must-win game over their divisional rival. Finally, Jonathan Taylor had a monster day with five total touchdowns, absolutely smashing the Buffalo Bills, a decent run defense team.

Only twelve games to pick from for the weekend, because of the holiday games played earlier. I do not recall ever seeing so many low-spread games. Eight of the twelve games this Sunday have spreads with three points or less and all twelve are less than a touchdown. One of the hardest weeks I have ever tried to pick. 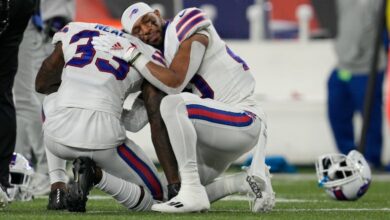