Cellphones in Yellowknife were working, but internet browers were loading slowly.

“As a result of the Yellowknife disruption, there is considerable congestion in long-distance phone service in northern B.C., Yukon, N.W.T. and Nunavut,” Northwestel spokesperson Andrew Anderson said on Monday. “This means that some calls may be able to get through, but not all of them. Local phone service should be available.”

Technicians have been working to restore service, Anderson said, but customers should expect to be without service for several hours.

“We have a backup network that runs over microwave. Some cellphone traffic might be getting through that network, but certainly it’s not enough to service the entire city.”

The internet stopped working properly at around 8:45 a.m. MT Monday.

Staff at the Yellowknife Airport on Monday resorted to manual boarding — handwriting tickets and baggage tags — due to the outage.

This is the second major disruption to internet in Yellowknife in the last month. The internet was down for several hours on July 13 after the fibre optic line was cut.

Documents that CBC News obtained through the Access to Information and Protection of Privacy Act show that the fibre line can be vulnerable.

Since its construction in March 2017, the Mackenzie Valley Fibre Link has been struck by lightning and snagged and run over by a contractor. During repair work, a temporary cable was chewed at by wildlife — “most likely” wolves, according to the documents about the fibre line.

While many cities in Canada have several fibre lines between them, there is only one cable between Fort Providence and Yellowknife. 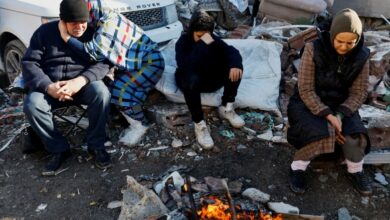