If you think you’re playing it smart by planning a vacation within Canada this summer you may want to think again. Getting to another province may be harder than you think. Though every province has different regulations (and they are constantly shifting as the Covid-19 situation evolves) some provinces are enforcing very strict travel rules. Here’s everything that you need to know about Canada’s inter-provincial travel bans. 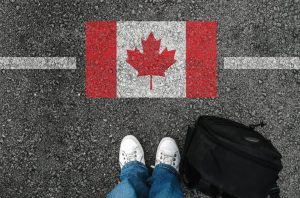 On May 4, 2020, the province’s Chief Medical Officer of Health issued a Special Measures Order stating that the only people allowed to enter the province are:

Residents of Newfoundland and Labrador;

Asymptomatic workers and individuals who are subject to the Self-Isolation Exemption Order; and

Individuals who have been permitted entry to the province in extenuating circumstances, as approved in advance by the Chief Medical Officer of Health.

All other individuals are prohibited from entering Newfoundland and Labrador.

All non-essential travel into Prince Edward Island is prohibited. The province notes that “Peace officers are authorized to turn any person(s) away who attempts to enter the province for unnecessary travel and to require any person(s) to leave the province immediately… Screening measures are in place at all entry points to the province including the Charlottetown Airport, Confederation Bridge, PEI-Isle de la Madeline Ferry.” Furthermore, PEI is implementing a specific pre-travel approval process for travelers.

All unnecessary travel into New Brunswick is prohibited. There will be a strict process whereby the province will screen all those trying to enter the province. According to the provincial website “Everyone entering New Brunswick at any point of entry, including airports, must stop when instructed to do so by a peace officer and answer any questions as required to support the intent of the requirements of the Chief Medical Officer of Health.”

In addition, those allowed to enter the province and even returning residents will be required to self-isolate for 14 days.

While Nova Scotia is not banning visitors outright, they are making anyone who enters the province self-quarantine. The government states that “The Province of Nova Scotia, under the authority of the Health Protection Act, is requiring anyone who has travelled outside Nova Scotia to self-isolate for 14 days from the day they get back to the province, even if they do not have symptoms. Public health inspectors will be onsite at the Halifax Stanfield International Airport and the J.A. Douglas McCurdy Sydney Airport.”

Quebec has started loosening some travel restrictions. Previously, in early April, the Quebec government placed checkpoints at various points along its border to prevent all non-essential travel. However, as of May, the government is slowly allowing unfettered access to most of the province, including along the highly frequented inter-provincial bridges in the National Capital Region.

However, some areas of the province are still off limits. According to the government “in order to protect the most vulnerable populations, checkpoints are established to limit travel into and out of the Nord-du-Québec, Nunavik and Cree Territory of James Bay regions and territories. Only essential travel are authorized to these regions, for humanitarian reasons, to work or to practice a profession in workplaces where activities have not been suspended, or to obtain the care or services that individuals’ health status requires.”

As of yet, Ontario has not initiated any travel bans, although Premier Doug Ford is still advising against non-essential travel. Furthermore, Ford is asking that all Ontarians traveling to cottage country practice safe distancing and consider staying home.

The province is also banning non-essential travel to some remote areas to protect more vulnerable communities: “…travel to northern Manitoba (north of the 53rd parallel of latitude) and to remote communities that are not connected to the provincial highway system by a year-round all-weather road is prohibited.”

There are no travel bans in the province. The previous travel restrictions for the northern sector of the province are expected to be lifted as of June 8, 2020.

The province recommends against non-essential travel but has not initiated any coronavirus travel bans.

There are no provincial travel bans, though the government advises against non-essential travel.

According to the government website, “Only Nunavut residents and critical workers will be allowed into the territory. Residents will have to provide proof of residency to be allowed to fly into Nunavut.”

The governmental website states that “To limit the spread of COVID-19, non-resident travel is prohibited in the NWT with few exceptions.”

The government has closed its borders to all non-residents, aside from a few exceptions.