The truck driver who caused the deadly Humboldt Broncos bus crash a year ago was sentenced to eight years in prison when he appeared in a Melfort, Sask., court Friday.

On April 6, 2018, Sidhu’s semi-trailer truck failed to stop at a highway intersection, killing 16 people and injuring 13 on the bus carrying the Broncos junior hockey team and others en route to a playoff game.

Judge Inez Cardinal empathized with the victims’ families as she read out her sentencing decision.

“Most find the pain unbearable,” she said. “Families have been torn apart.”

Cardinal said no case in Canada resembles this one due to the staggering number of dead and injured. She said she knows this has been difficult, but hopes Sidhu and the victims’ loved ones can now heal.

This is a breaking story that will be updated shortly. Following is an earlier story and CBC reporter Jason Warick’s live coverage.

The truck driver who caused the Humboldt Broncos bus crash a year ago will learn his fate this morning during a sentencing hearing in Melfort, Sask.

Opinions among victims’ families remain mixed. Some are calling for forgiveness, while others want Jaskirat Singh Sidhu to spend as many years as possible in prison.

“I’m sure the weight of the world is on him,” Mark Dahlgren, whose son Kaleb was injured in the crash, told CBC News Thursday.

Sentencing is scheduled to start at 10 a.m. CST.

It has been nearly a year since Sidhu failed to stop at an intersection, killing 16 people and injuring 13 on the bus carrying the Broncos junior hockey team. He pleaded guilty to 29 counts of dangerous driving.

In January, Judge Inez Cardinal heard emotional victim impact statements from dozens of family members and friends. Some parents told Sidhu they forgive him; others said they could not. 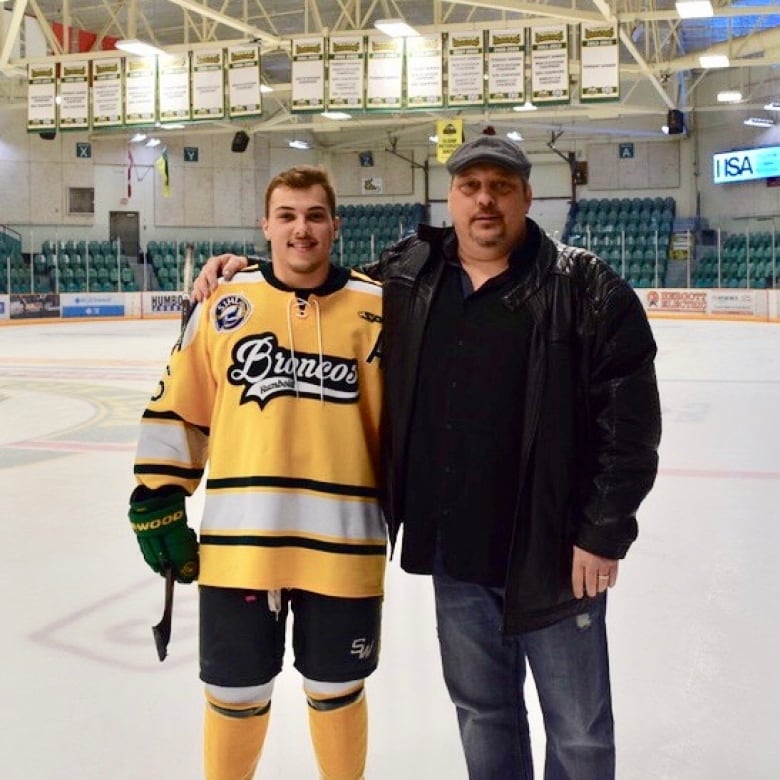 Mark Dahlgren says he has no doubt his son is going to rise up to living big for those who lost their lives after the April 6, 2018 Humboldt Broncos bus crash. (Submitted photo)

Sidhu also spoke directly to the families in court.

“I take full responsibility for what has happened. It happened because of my lack of experience,” Sidhu said in January.

“I can’t imagine what you are going through, what you’ve been through. I have taken the most valuable things of your life. I will be so, so, so, so, so sorry from this day.”

Dahlgren planned to make the drive late Thursday to Melfort from his home in Saskatoon. He said there should be consequences, but he doesn’t see the point of a lengthy jail term.

“It’s not going to change what happened on that day. I’m sure that he feels the weight of what he did every day. That itself is a life sentence.”

“I know the judge has a tough job … but we want to see a sentence that will send a message and make change,” Chris Joseph, whose son Jaxon was killed in the crash, told CBC News on Thursday.

“Just because somebody feels bad doesn’t mean they should get a lighter sentence. They still did the act. We feel they should serve the time.” 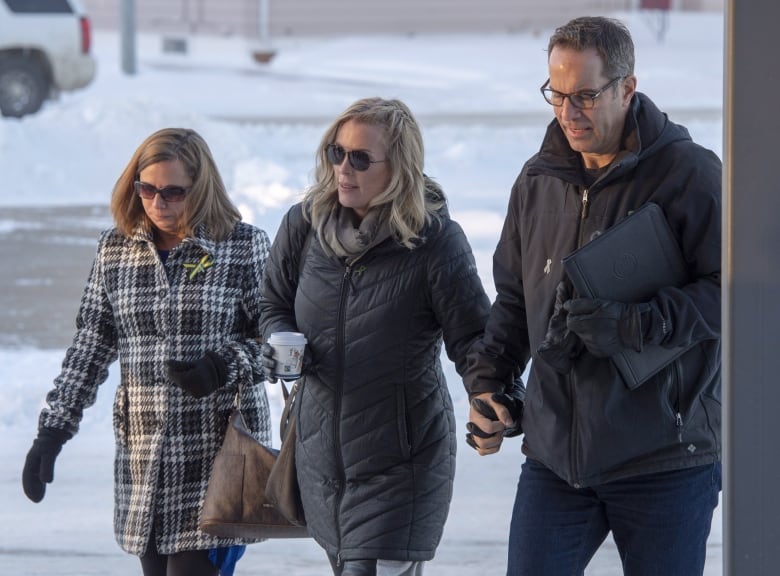 Former NHL player Chris Joseph and his wife Andrea arrive for the second day of sentencing hearings for Sidhu on Jan. 29, 2019 in Melfort, Sask. Joseph’s son Jaxon was among the 16 players killed in the crash. (Ryan Remiorz/Canadian Press)

One of Sidhu’s lawyers, Mark Brayford, cited cases with sentences of 18 months to four years, but didn’t make an explicit recommendation. He said Sidhu is ready to accept whatever sentence the court imposes.

Joseph said he and his wife aren’t hopeful.

“Honestly, I’m expecting disappointment. Take that for whatever it is, but no, I don’t think he’s going to get the maximum,” he said.

Scott Thomas and his family won’t be at the sentencing. They had a trip planned long before they knew about this date, and, after some debate, decided not to cancel it.

“The only reason that we would like to be there would be to support the other families,” he said.

Thomas said they’ll need some private time to gather strength for the first anniversary of the crash April 6.

“We knew this couple weeks heading up to the accident was going to be tough. And it’s proving to be that way for sure.” 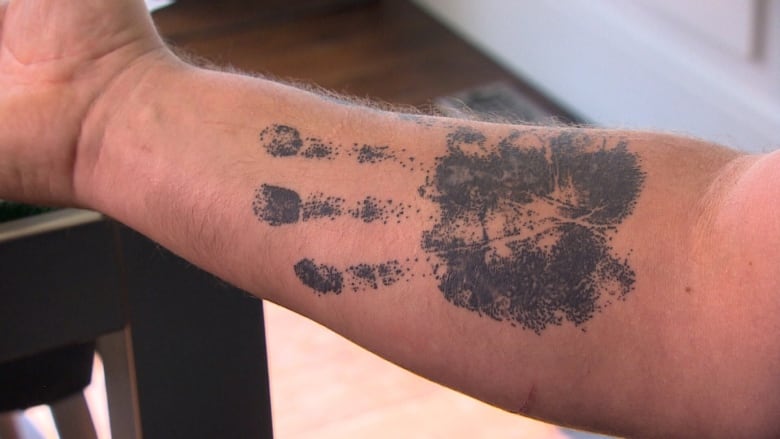 Scott Thomas now has four tattoos of his son Evan on his arms–including his son’s hand print. (Lyzaville Sale/Submitted

Thomas said he feels he got some closure in January, when he met Sidhu face to face.

He won’t say what the two talked about, but describes it as the ” most exhilarating, confusing and powerful” 15 minutes of his life.

“He has to go to jail. I understand that. The length of the sentence to me is irrelevant when Judge Cardinal says whatever she’s going to say tomorrow. She’s a pretty learned woman and well respected, so whatever she comes up with I’m pretty sure is going to be a pretty reasonable conclusion.”

Changes to intersection made

The Thomas family moved to a new house in February as a way to start fresh, but they brought Evan with them.

There’s a hockey stick outside their front door. The garage walls are lined with his jerseys. A portrait of Evan sits in a chair at the head of the table.

His first and last skates are on the window sill, beside his hockey bag and gloves. His ashes rest in an urn in the master bedroom, and Thomas has four tattoos on his arms, including Evan’s grad photo and his handprint.

“When my family, my dad, my brothers, whenever we get together, we don’t shake hands. They all put their hand right here and shake his hand first,” he says, rubbing his forearm gently.

Because of the April 6 crash, the Saskatchewan government has promised to make several changes to the intersection where the crash occurred, from rumble strips to better signage. It also pledged millions for improvements at other intersections.

At the time of the crash, training for Canada’s 300,000 semi truck drivers had been optional everywhere except Ontario.

Broncos parents, families of other victims, academics, and drivers themselves petitioned and pushed for change. Training became mandatory in Saskatchewan last week, and will become mandatory across Canada in 2020.