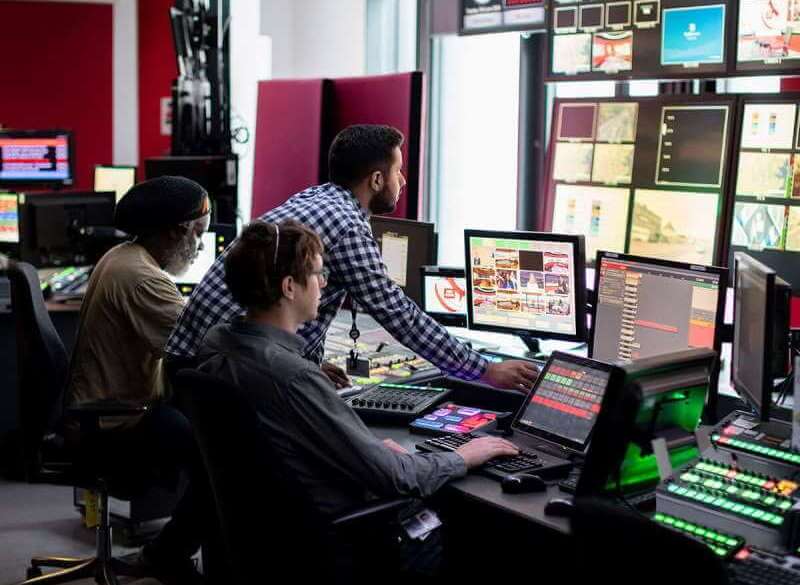 Introduced in movie theatres in the early part of the 20th century, newsreels were the only way for everyday folks to visually catch up on current events nationwide, or even internationally. It wasn’t until the late 40’s, in the US, that daily newscasts began to take shape on network television. From a 15-minute weekday broadcast, in the 60´s the networks increased it to a half hour program. When I was a kid, in the early 70’s, the news was on at lunchtime and then in the evening at 11pm. Saturdays were news-free and I believe on Sundays there was a broadcast at 10pm. One of my most vivid memories from those days was watching the CBC newscast reporting the Portuguese revolution on the 25th of April, back in ‘74. We all sat there, my parents jubilant, glued to the anchor’s every word. The news was a great tool. Basically, most people would tune in to see what was happening around town, to see what the weather was going to be the next day and, of course, to see the sports highlights. Didn’t really take up much of your time; and that was fine.

Today, whether you want to or not, you’re always “in the know”. Your smartphone gives you the skinny every few seconds. Turn on Google and the news they hope that you see is easier to reach than whatever you are about to search for. Turn on your television and not only do you have morning, noon and night, 7 days-per-week newscasts, but all those networks also have, for your viewing pleasure, 24-hour news channels. On cable, here in Portugal, there are scores of international news channels in as many languages. It’s no wonder people have become so complacent with the news; it’s morphed into the Biggest Show On Earth. There are so many, broadcasting so relatively little news, that they pull at whatever loose thread they could find, in order to try and make the most common of stories their own. Let’s face it, although not anything new, these days there are so many news outlets vying for our attention, that they formed groups of their own, telling the news from their points of view. Instead of informing the public, the quest for a larger share of the audience is polarizing said audience. This has more dire effects today because of the sheer number of people absorbing all this information, people who can, in the heat of the moment, react immediately to something they’ve read via social media.. There’s a lot to be said for time taken for reflection and research. The news has been weaponized by those who seek to gain recognition and wield influence. Speaking for myself, the news has become something to avoid, partly because I don’t know who to believe anymore-if anybody. Also, I’m tired of stories being told to death, squeezing every last drop out of them, only really letting go of the bone until a juicier one comes along.
I know, it’s cliché and oversimplified, but it sure seemed a lot less stressful when we were just checking to see if we were going to need an umbrella the next day or watch highlights of the Leafs game. Do people still use umbrellas?